Breathtaking photos show the one mighty waterfall that straddles the border between the US and Canada nearly frozen solid.

Mountains of snow piled up near the waterfront, with the mist and sprayed water forming a crust of ice over the rushing water.

The sight was even topped off with a rainbow as people in winter coats huddled together to take it all in yesterday.

Though, they couldn’t use the tower viers as they were completely covered in snow and ice.

This is something that’s pretty hard to happen – more than 3,160 tons of water flow over the Falls every second. 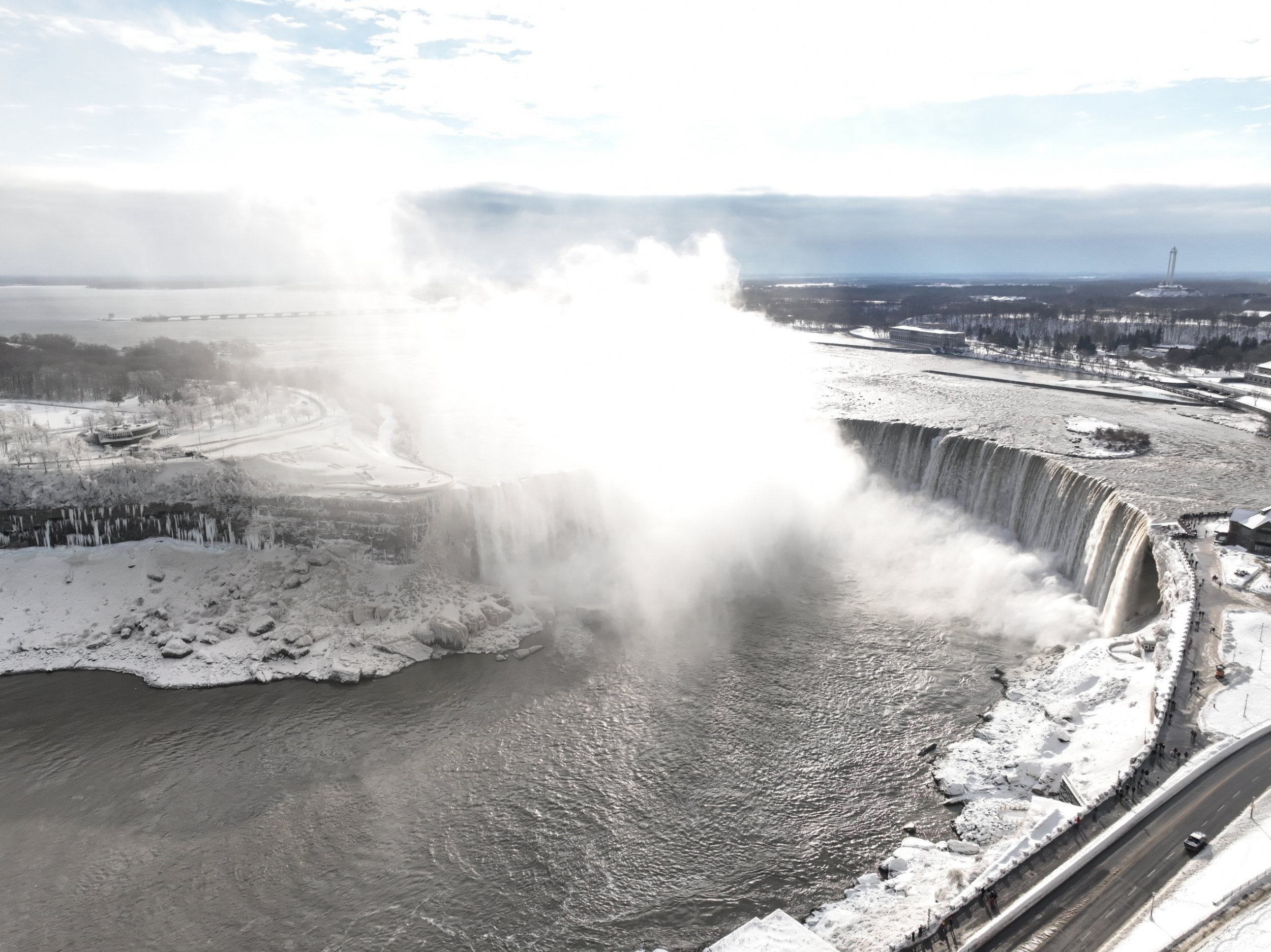 According to the Niagara Falls New York State Park, the water rushes down the waterfall at 32 feet per second.

But the storm that struck around 25 miles south of the Falls changed all that, creating the snowy landscape.

Though don’t expect the Falls to ever completely freeze over, the Niagara Falls USA tourism website says.

The US side of the waterfall has only reached the point of freezing five times in history.

In particularly biting winters, ice and snow sweep over the base of the Niagara Falls creating an ‘ice bridge’.

Up until 1912, vendors would open up shops to sell Niagara Falls souvenirs and even bootleg whisky as people used the icy phenomena as an actual bridge.

The authorities banned people from walking onto the ice bridge that year after three people died when the ice under their feet shattered.

The US has been left reeling from a ferocious winter storm that roared last Friday and Saturday over Christmas, with a death toll of at least 62 people.

Buffalo has been especially battered by the bad blizzard, with at least 28 people dead in one of the worst weather-related disasters ever to hit western New York.

Up to nine inches of snow is expected to smother some areas of western New York through today, the National Weather Service said.

Thousands have been left without power and a driving ban remains in place.

The winter gale also forced the cancellation of thousands of flights, leaving countless passengers stranded in Buffalo after the Christmas weekend.

‘My heart is with those who lost loved ones this holiday weekend,’ he tweeted.