Ms Sturgeon, Scotland’s First Minister, has ramped up her calls for a second independence referendum after Holyrood and Westminster took radically different stances over Brexit and the pandemic. Despite the SNP campaign in the 2014 referendum being unsuccessful, Ms Sturgeon and her party have seen a surge of support in recent weeks. New polls suggest that the pro-independence Scots may actually tip the scales in favour of leaving the UK, if Westminster were to grant a public vote on the matter now.

However, the Queen’s role as the head of state within Scotland is not hanging in the balance — an independent Scotland does not intend to be a republican state.

Even so, there are fears that there is a republican strain within the Scottish National Party.

Such concerns escalated in 2015, when the official in charge of the Queen’s accounts, Sir Alan Reid, expressed his concerns of what might happen if Holyrood was allowed control over the crown estate assets in Scotland.

Journalist Cathy Newman explained: “The Scottish Parliament has reportedly let it be known that it will retain the profits from the Crown Estate in Scotland for use in Scotland — a decision which could reduce funding for the Royal Family by more than £2million a year.”

Writing in The Telegraph, Ms Newman said the First Minister’s aides had tried to clarify the message and stated that Scotland will continue to make the “same contribution” to the monarchy. 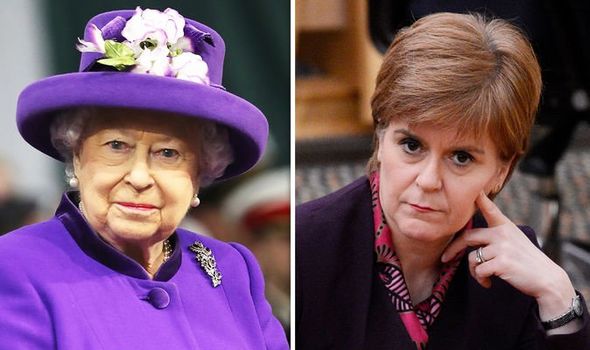 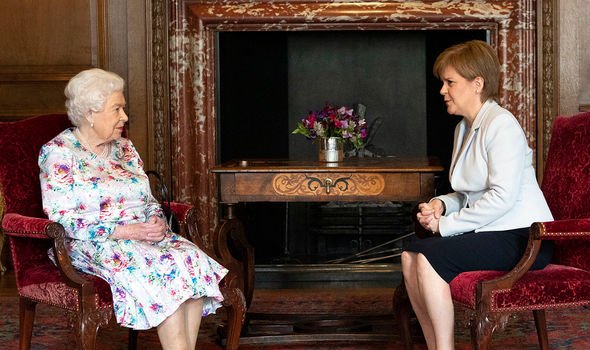 Ms Sturgeon swiftly responded, writing on Twitter: “There is absolutely, categorically, no intention by @scotgov to cut S’land’s contribution to the Sovereign Grant and never has been.”

Indeed, a Scottish government spokesperson said: “Scotland will continue to make the same financial contribution to the monarchy as at present — there will be no reduction in the Sovereign Grant as a result of devolution of the Crown Estate.”

Yet, Ms Newman reported: ”That has cut little ice with Buckingham Palace, which is briefing every Tom Dick and Harry that they will not let the matter rest.”

Ms Sturgeon herself was reported to have refused to take an oath of allegiance towards the Queen when first elected as a Member of the Scottish Parliament in 1999.

The First Minister then explained she affirmed her allegiance to the monarch rather than swearing the oath, where the difference lies in the gestures’ religious elements. 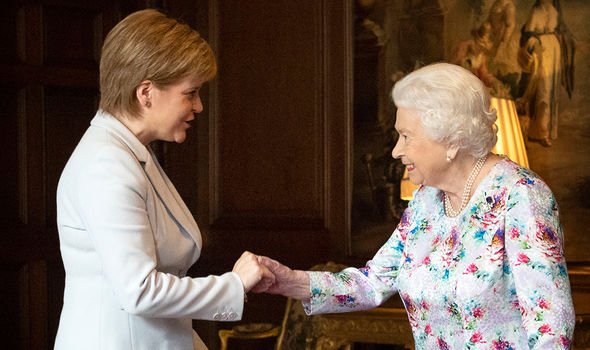 However, it’s said corners of the SNP are still furious that the Queen bowed to pressure from then Prime Minister David Cameron, and told the Scottish people to “think carefully about the future” before the first independence referendum.

This led to accusations from up and down the country that the sovereign had breached the apolitical stance required of a constitutional monarch.

The Queen has remained tight-lipped over all political matters since.

Even so, journalist Eleni Courea wrote in The Spectator that despite fears of a “republican insurrection” from the SNP, the implication that Ms Sturgeon could stop funding was unfounded.

Despite suggestions that the SNP could withhold £1.5million of funding from the Crown Estate, the Royal Family is funded by the Treasury. 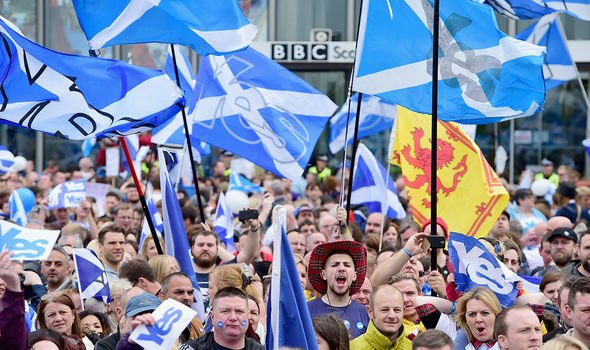 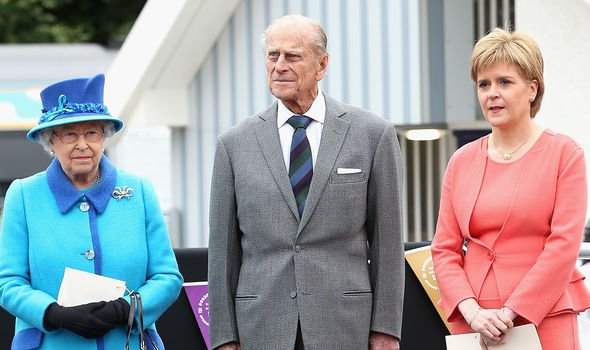 Ms Courea explained: “At no point was it ever suggested that Scotland had to chip in towards the Sovereign Grant.

“Like defence and foreign affairs, it’s a reserved payment — the sole preserve of the UK Government.

“Nicola Sturgeon may want to double the Queen’s pay; she may want it halved.

“It doesn’t matter, she has no control.” 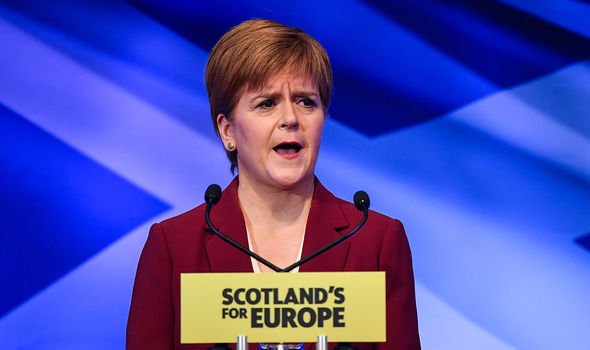 When this spat was resolved, political pundits claimed Ms Sturgeon appeared very deferential in front of the Queen.

“Some nationalists are calling for a referendum, but they are a small but vocal minority and would not gather support.”