Nicola Sturgeon repeatedly dodged questions surrounding the Scottish Government’s handling of care homes in the coronavirus crisis. The First Minister was grilled on when she knew about elderly patients with coronavirus being discharged into care homes across Scotland. The refusal to answer sparked a backlash online, with viewers commenting that she was “crumbling” under the pressure.

Tom Gordon, from the Scottish Herald, asked: “Can you tell us when you knew that some patients who had tested positive for COVID-19 had been moved into care homes? When did you know that to be the case?”

Ms Sturgeon repeatedly said that she did “not have that information”.

She claimed that Holyrood had requested an in-depth on the care home crisis from Public Health Scotland “so that we can answer this question”.

The First Minister: “We are the only government in the UK that has commissioned an in-depth analysis of this. That is the right thing to do.”

JUST IN: Nicola Sturgeon left with head in hands after she is confronted 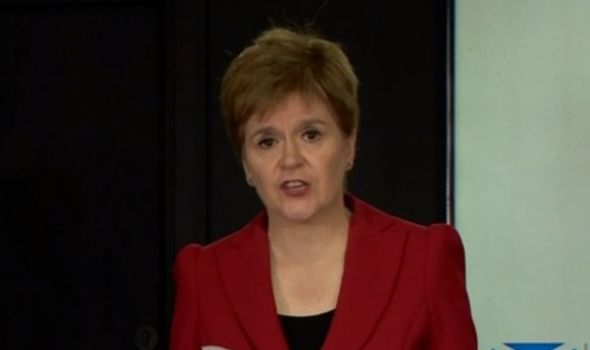 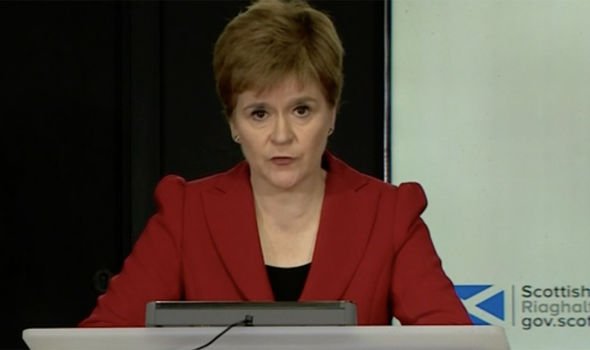 The visibly rattled leader then cut off the reporter, saying: “Let me respond before you come back in, Tom.”

During First Minister Questions on Wednesday, Ms Davidson accused the First Minister of being “irked” by having to answer questions about when she knew COVID-infected people were being transferred without being tested.

She challenged the First Minister to release correspondence between the Scottish Government, health boards and care homes detailing the discharge of hospital patients in the wake of the COVID-19 pandemic, saying affected families needed answers on the issue. 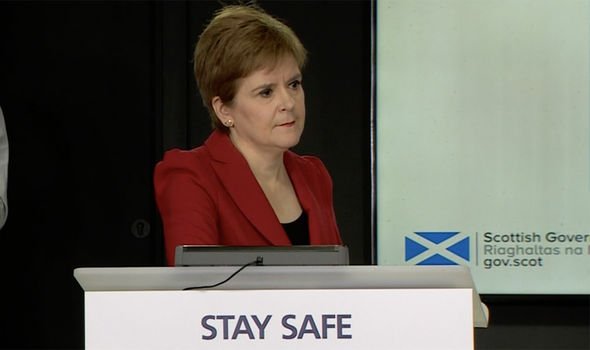 Nearly 2,000 people have died in Scottish care homes since coronavirus hit the country.

Earlier this month it emerged at least 37 potentially infectious people in Ayrshire hospitals who had tested positive were sent to residential homes, as the NHS cleared hospital beds in preparation for an expected influx of Covid patients.

Viewers on social media bashed the First Minister’s response, saying that Ms Sturgeon was “crumbling again and refuses to answer”.

Another tweeted: “Sturgeon struggling again, just winging it, shes hiding behind the I don’t know the figures the usual go to excuse.” 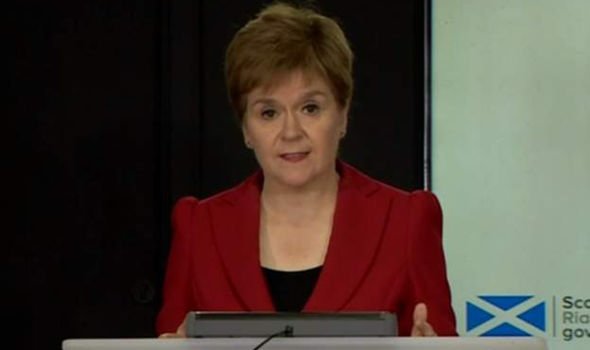 Also in today’s briefing Ms Sturgeon confirmed that Scottish police will have powers from tomorrow to disperse large house parties.

She said the power will be used as a last resort option only and for the most flagrant breaches.

The First Minister also confirmed that 68 more positive coronavirus cases were recorded, 257 patients are in hospital, with two in intensive care.

There were no reported deaths in the past 24 hours.