The Duke and Duchess of Cambridge recently embarked on a three-day, 10-stop, 1,250-mile tour of the UK aboard the Royal Train to thank key workers and meet communities affected by the coronavirus pandemic. While the tour was arranged between the Government and devolved parliaments, they did not always get an entirely warm response in Scotland and Wales. Scottish First Minister Nicola Sturgeon took a swipe at the royals, emphasising that Scotland is under strict travel restrictions and hinting that she was not in favour of the visit.

Ms Sturgeon said: “The Scottish Government was advised about the intention to visit, and we made sure that the Royal Household were aware, as you would expect, of the restrictions in place in Scotland so that could inform both the decision and the planning of the visit.

“Any more questions should be directed to the Royal Household.”

However, she was branded a “stick in the mud” for her “spikey” words and accused of political point-scoring for her comments. 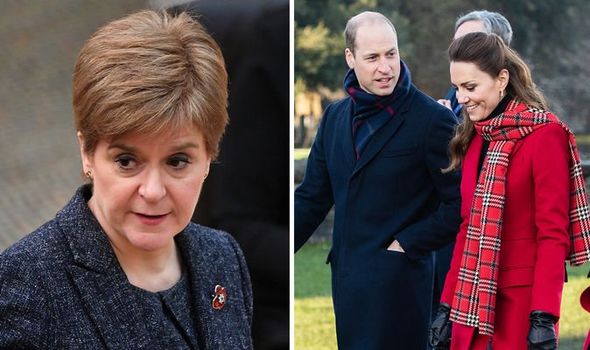 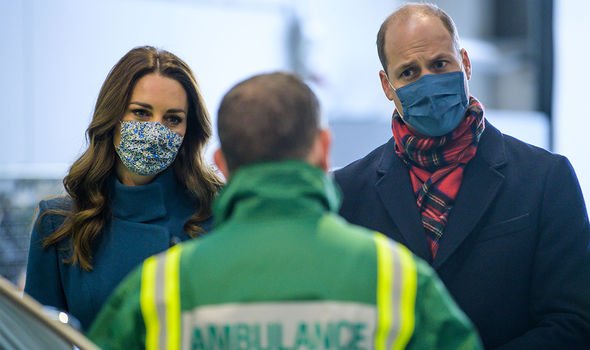 Mr Myers pointed out that the trip was arranged with the devolved parliaments and that all the necessary precautions were put in place, including social distancing and masks.

He added that Ms Sturgeon “never misses an opportunity to stick the boot in”.

He also argued that the royal couple were carrying out work and that, while there is a debate to be had about whether it is essential work, he had to disagree with Ms Sturgeon.

He said: “It was all planned by the UK Government and the devolved parliaments of Scotland and Wales, however, there were some dissenting voices in the regions. 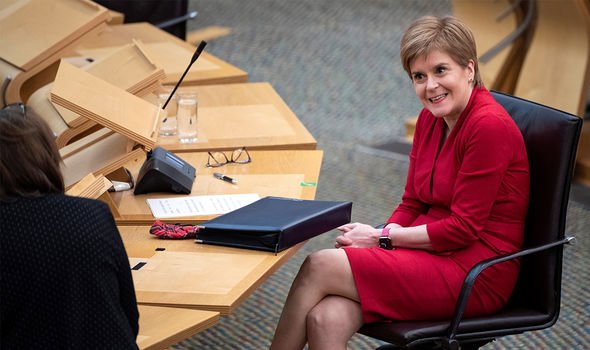 “Nicola Sturgeon, the First Minister of Scotland was, let’s say it was a barbed reference, she was a bit spikey, she didn’t necessarily want to get involved with the flag-waving ‘isn’t this all a great idea’.

“And she just said, ‘We told the Royal Household of our views about the stringent restrictions on movement’ ‒ you can’t even move from your borough in certain places in Scotland.

“In my personal view, I think she was being a bit of a stick in the mud, it was all quite socially distanced ‒ there was a little bit of a crowd at Edinburgh station.

“However, I think it was a bit of political point-scoring shall we say ‒ Brexit’s coming up and she never misses an opportunity to stick the boot in and she definitely did on this occasion.” 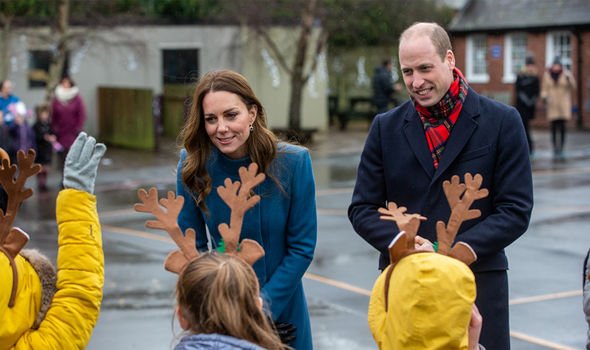 Ms Gripper countered this by pointing out that the messaging is currently that you should work from home if you can.

Mr Myers argued that it is work that the royals are doing, and that while some may not view it as essential work, it is in “royal land”.

He said: “If the Royal Family aren’t getting out and flag-waving and raising the profile of causes, what are they doing? So it is essential work, I would argue.

“I do see the debate to be had, however I definitely didn’t agree with her notion in this sense.”

Nicola Sturgeon: We are trying to be as helpful as possible

Ms Gripper then said that it will be fine as long as everything goes smoothly, but people might feel differently if the Cambridges now have to self-isolate for some reason, given that they saw a lot of people across different parts of the UK in a short space of time

Mr Myers acknowledged that it would not be good for William and Kate to be responsible for a “super-spreading tsunami of Covid”.

Ms Sturgeon was not the only person with an objection however; Welsh health minister Vaughan Gething said he would “rather no one was having unnecessary visits”.

He also said he hoped the Duke and Duchess’ visit will not be used as an “excuse” for people to also travel around the country.

Kate and William visited Edinburgh and Berwick-Upon-Tweed in Scotland, and Cardiff in Wales.