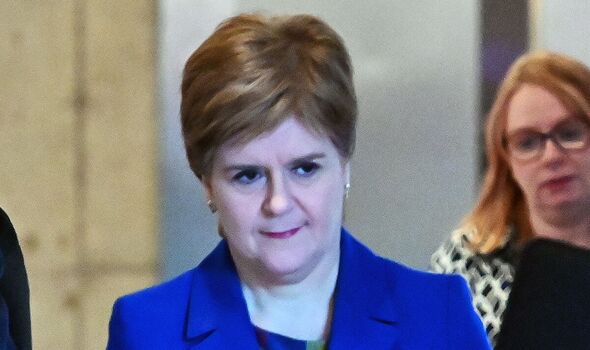 Nicola Sturgeon and the SNP have announced March 19 as the date for an emergency conference to be held to discuss how to push through a second independence referendum in Scotland following an unfavourable decision on the legitimacy of a vote without consent from Westminster last month. On Saturday afternoon, Ms Sturgeon said her party would hold a “democracy conference” held on Sunday, March 19 at the Edinburgh International Conference Centre. The extraordinary event will see the SNP draw out plans to defy the Supreme Court to attempt to withdraw from the United Kingdom.

Ms Sturgeon has refused to back down over plans to hold a second independence referendum since the Supreme Court voted against her on November 23.

In a unanimous judgment, the UK’s highest authority ruled that Scotland does not have the sole power to legislate for a referendum.

Ms Sturgeon was trying to circumvent the mandated need for approval from Westminster in order to hold a second vote.

The Conservative Government under a number of different prime ministers have refused to grant permission to the SNP for a second vote, suggesting that the negative 2014 was necessarily a once-in-a-generation referendum.