Following the Scottish National Party (SNP)’s election victory last week, Scotland’s First Minister Nicola Sturgeon warned it is a “matter of when, not if” a referendum on independence happens. Her attempt to secure a vote has clearly garnered a lot of support, with the SNP just one seat short of an overall majority in Holyrood. Ms Sturgeon’s party, combined with the Scottish Greens, have secured a pro-secession majority – 72 of Holyrood’s 129 seats.

Despite this, major concerns surrounding the logistics of an independent Scotland remain.

Last month, pro-Union industry group Scottish Business UK (SBUK) called for clarity from the Scottish government over safeguards to keep trade flowing freely in the event that separation leads to a hard border with England.

Ms Sturgeon admitted that an independent Scotland would need to confront border issues with the rest of the UK if returning to the EU.

Chief executive of Scottish Business UK (SBUK), Struan Stevenson, said last month: “Free trade with the rest of the UK is fundamental to Scotland’s pandemic recovery and long-term prosperity, yet voters are being told that a nationalist victory on May 6 is a mandate to create a trade border with England that would cost up to £2,800 per person per year in lost income.” 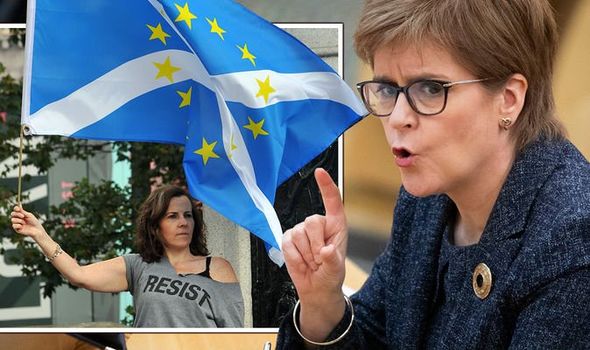 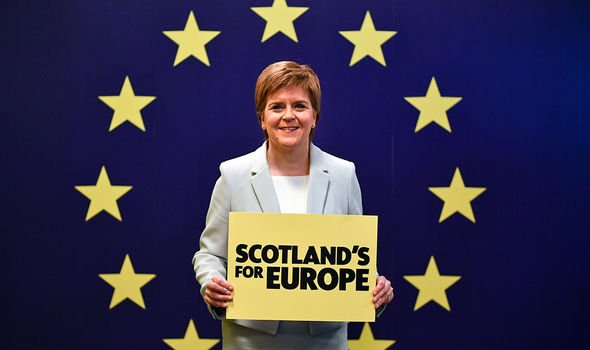 Mr Stevenson also warned that Ms Sturgeon’s plan to take an independent Scotland into the EU won’t make up for lost trade with the bloc if there is a hard border.

He continued: “Simply re-joining the EU single market won’t compensate because our trade with the rest of the UK is some four times the size of our trade with Europe – the First Minister says she would somehow ‘keep trade flowing freely’ but admits there would be a border.

“Businesses need more than airy assurances of this sort and voters deserve to know the real risks that companies face while they are being asked to back separation.” 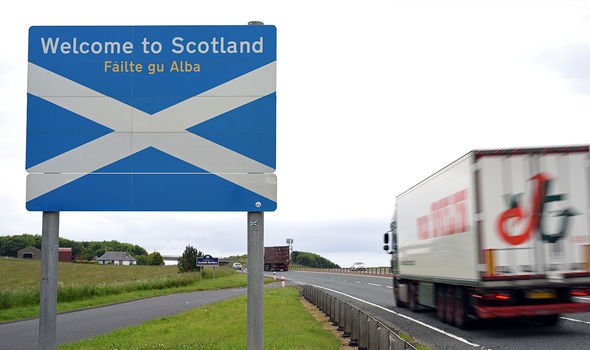 This meant that 60 percent of all Scottish exports went to England, Wales and Northern Ireland, and this was more than the rest of the world combined.

Analysis by the London School of Economics in February claimed Scotland leaving the UK “would be two to three times more costly” than Brexit.

Despite these concerns, senior MEP Philippe Lamberts told Express.co.uk last year that an independent Scotland could be better off away from the UK. 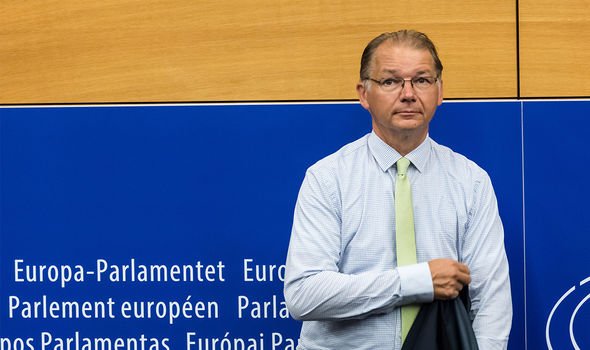 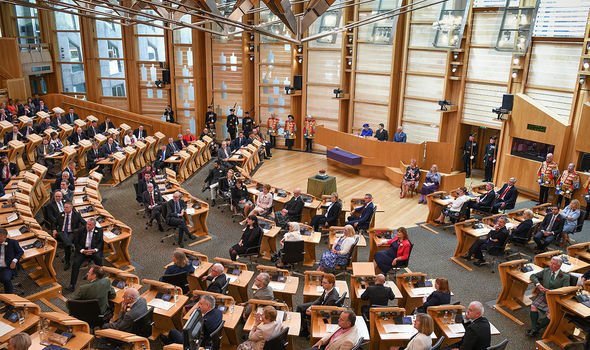 He said: “Firstly, from a geographical point of view, Scotland is the first economic partner of England. There is no denying this.

“But as Ireland discovered, you can be an island and still be connected to the EU.

“The same reasoning could apply for Scotland, and I would assume the EU will have a smart economic policy so ultimately Scotland can have an economic benefit if it joins the EU.”