Ms Sturgeon campaigned both before and after the EU referendum to remain in the trading bloc and even told voters she would try to ‘Stop Brexit’ in the weeks before the December general election. As Scotland’s First Minister, Ms Sturgeon has also used the high proportion of Scots who voted to remain in the EU as a reason to put an independence vote back “on the table”. She claimed that the “democratic deficit” between Holyrood and Westminster was emphasised throughout the Brexit negotiations and so renewed her claim to take an independent Scotland back into the EU.

However, the SNP’s former deputy leader, the Brexiteer Jim Sillars told CNBC in 2016 – days before the referendum – that Ms Sturgeon was adding to David Cameron’s campaign to stay inside the EU by stirring up ‘Project Fear’.

He said: “She is doing the same as Cameron and that’s launching a Project Fear.

“There’s no reason to believe that if the UK comes out of the EU there will be any problem with us trading with the EU as we are doing at the moment.”

The Prime Minister Boris Johnson is pushing to complete a post-Brexit trade deal with the EU by the end of the transition period, which finishes at the end of this year. He is confident he can secure a Canada-style agreement, and if not, he is happy to fall back on the deal outlined in the Withdrawal Agreement. 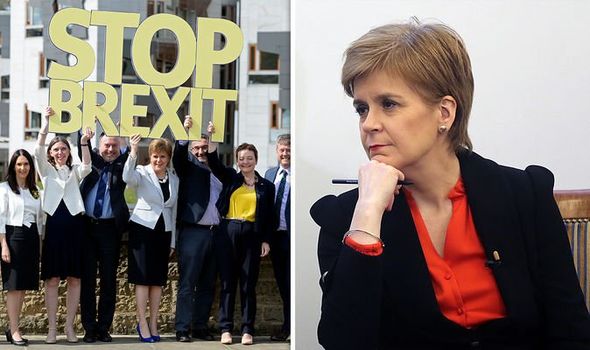 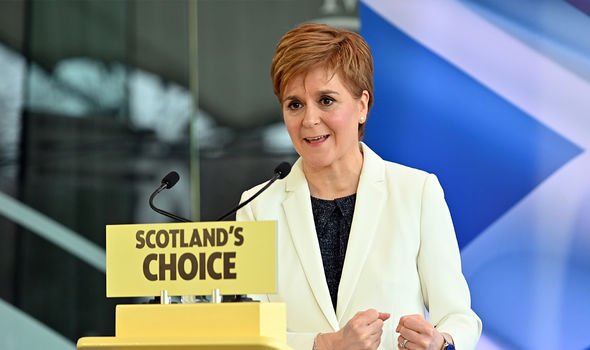 Mr Sillars continued: “For example, the 27 other states in the EU sell goods and services – round about £290billion per year – to the UK.

“Once the Project Fear hysteria dies down, once we have voted for Brexit on Thursday and the politicians start to talk to business and trade unions in their own countries, and those businesses and trade unions tell them, ‘we need to continue free access’. 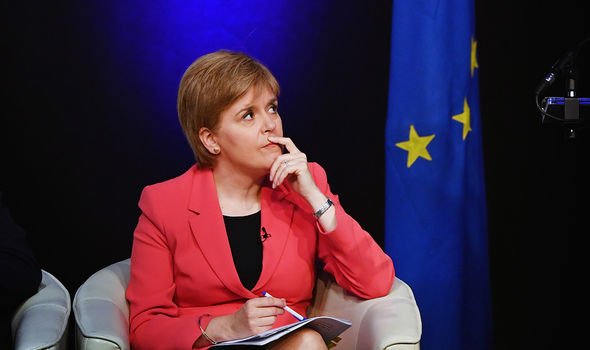 “Then we are likely to get common sense prevailing and a free trade agreement being negotiated between the UK and the EU.

“All the hysteria is a part of Project Fear and it isn’t true.”

As David Torrance wrote in the New Statesman in March 2017, the result of the EU referendum was actually a “political gift” for the leader of the SNP, regardless of what Ms Sturgeon says about Brexit.

He said: “Not only did the differential outcome in Scotland reinforce long-standing arguments about the ‘democratic deficit’ it also enabled the SNP to recast Scottish nationalism as internationalist and cosmopolitan, in contrast to the ‘Little Englander’ variety.”

Additionally there was an argument that – despite Ms Sturgeon repeatedly slating Mr Johnson and saying he was “not fit for office” – the Conservative Party’s victory in December helped her cause. 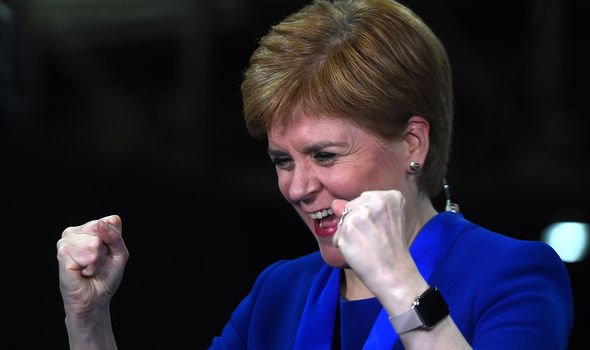 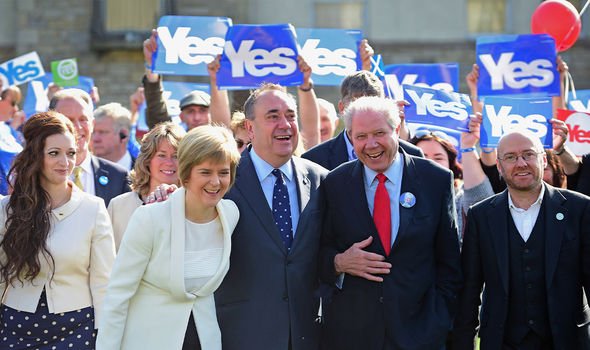 As the main pro-Brexit party in the lead-up to the general election, Ms Sturgeon would have known that a Conservative win would strengthen the divide between Remainers in Scotland and Westminster – subsequently puling Scottish voters towards independence once again.

Even the SNP MP Angela Crawley confirmed to Express.co.uk in the run-up to the general election that Brexit could strengthen the SNP’s agenda.

She said: “I mean, it’s not beyond the realms of possibly that it could, yes, absolutely further the cause for independence.

“If, once again, Scotland vote for the party they want to represent them and once again they are thrust upon them a government which they did not elect and which they did not vote for, I think what it will demonstrate is that there’s a real democratic deficit in the UK.

“No matter how Scotland votes, we don’t get the government that we might want or choose. 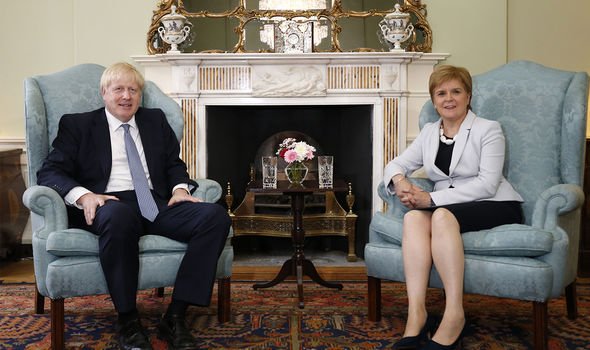 Mr Torrance also looked at how the SNP hopes to use Brexit to win over support from Leave voters.

He explained: “The SNP is confident that, come the crunch, the majority of Yes-Leavers will end up backing independence.

“The tenuous claims, made during the last Scottish referendum campaign, that an independent Scotland would “automatically” become or remain an EU member are dead in the water.

“Instead, the Scottish government tacitly accepts – indeed, welcomes – the possibility that it will be outside the EU, at least for the time being.”

He said: “There is an obvious flaw in the SNP leader’s argument that the UK extracting itself from an economically beneficial union – the EU – would prove ‘catastrophic’ while Scotland leaving the UK will be fine.”