The staunch Brexiteer told Nick Ferrari on LBC radio he believed John Bercow had turned Parliament into a “student union”. Commenting on MPs’ behaviour in the Commons on Monday night at the moment Parliament was shut down to be prorogued, Nigel Farage said it was comparable to the chambers of a third-world country. He said: “I thought I was watching Columbia or some third-world country in which there are punch-ups in chambers and some kind of uniform comes in with a pistol.

“I thought I was watching Colombia or some third-world country in which there are punch-ups in chambers and some kind of uniform comes in with a pistol.

“It seemed to me complete degradation of any sort of parliamentary decency.

“And I think John Bercow has done an awful lot to turn Parliament into a form of a student union.”

The House of Commons Speaker announced he will resign at the next general election or on October 31 – whichever comes first. 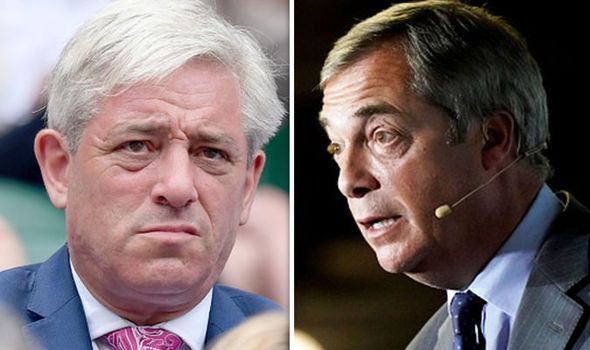 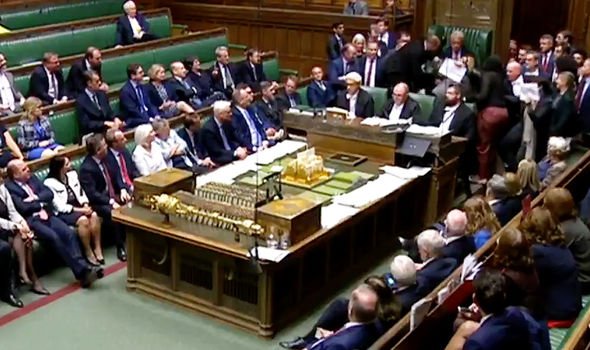 I thought I was watching Columbia or some third-world country

Reacting to his resignation speech on Monday evening, Nigel Farage said: “Bercow got up and made this address at half-past three and the tributes went on till 5 o clock.

“That is an hour and a half on isn’t he a jolly good fellow.

“Labour MPs all standing up and applauding him even though it is not Parliamentary to clap.

“But there you are, you didn’t see many people on the Tory benches standing up and cheering but hey ho.”

He added: “He says he is off to spend more time with his family and as far as I’m concerned, good riddance.

“We have had speakers for centuries who have been neutral.

“This one hasn’t even pretended to be neutral.”

Mr Bercow’s emotional resignation speech on Monday, hours before Parliament was prorogued for five weeks, drew applause from the opposition benches but few Tory MPs rose for the standing ovation. 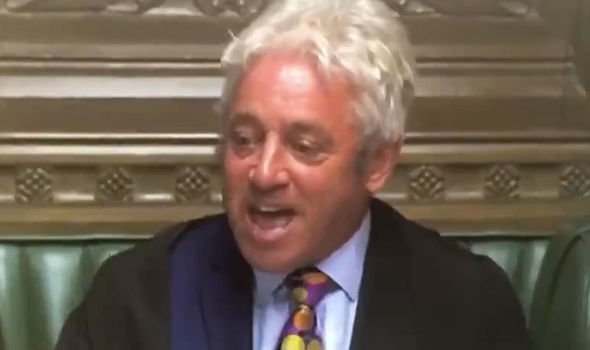 Mr Bercow is seen as a somewhat unpopular figure among many Conservatives for anti-Brexit comments he has made in the past.

Among those who have already declared they are running in the race include former minister Harriet Harman and Deputy Speaker Sir Lindsay Hoyle.

Ms Harman and Mr Hoyle, both Labour MPs, are the bookies’ favourites to win the top spot.

And in an email to fellow MPs, Labour MP for Rhondda Chris Bryant announced his intention to stand.

He vowed to reduce Prime Minister’s Question time to half an hour, call on colleagues in an order of relevance rather than seniority and promised to be a Speaker who “only speaks when necessary”.

Officials have identified 16 further sites for temporary hospitals to treat patients across the country.  Military planners have worked alongside senior clinicians on nine, and…