In June, Mr Farage confirmed he is preparing to relaunch the Brexit Party, as he is concerned Prime Minister Boris Johnson and the Conservative Party are losing control of the country and could go soft on Brexit. The party, which a year ago swept to victory in the European Parliament elections and sealed Theresa May’s fate as Prime Minister, is likely to be renamed the Reform Party amid growing demands for a centre right alternative to the Tories. The Sunday Express learnt that plans for a relaunch of the Brexit Party have been in the pipeline for months and donations are pouring in for it to relaunch as a political force.

Mr Farage told the Sunday Express: “[I am] watching and waiting.

“The lack of leadership from our government has been pitiful.

“Millions of Conservative voters want to see some moral courage not the current cowardice in the face of anarchic marxism.”

Mr Farage did not discuss in detail what his party will focus on, but unearthed reports shed light on a battle he might be interested in fighting.

According to a throwback report by the Daily Express, in 2015, Mr Farage led calls for radical changes to the electoral system after nearly four million people voted for Ukip at the 2015 general election but saw only one MP elected. 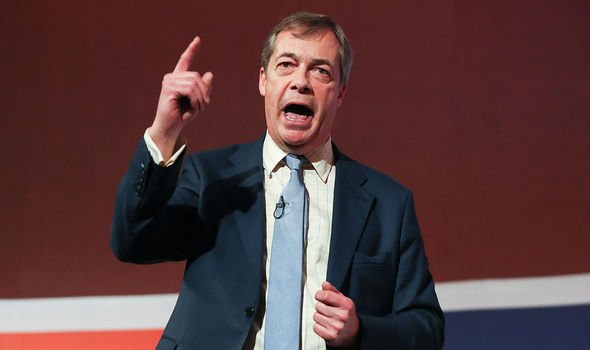 The former party leader said the first past the post system was now “bust” and insisted there was a growing demand for it to be scrapped.

Under proportional representation Ukip could have won 83 seats, it emerged.

“For those reasons there are a lot of angry Ukip people out there.

“They’re not giving up on Ukip, but absolutely determined that we get a fairer, more reflective system.” 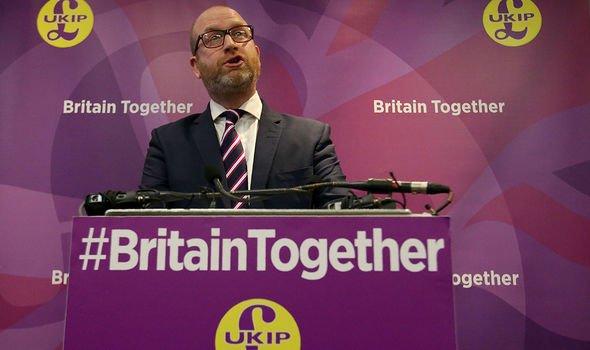 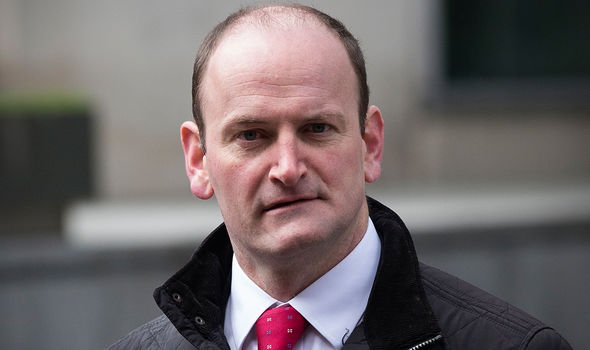 He added: “But there’s something deeper about this first past the post system.

“What it’s led to is a General Election in which, because the system that was designed to produce majority government couldn’t do it, there was a totally negative campaign.

“Everybody says ‘Don’t vote for these guys, they’re slightly worse than us’.”

Despite the surge in the Ukip vote nationally, the only MP returned to the Commons was Douglas Carswell in Clacton, Essex.

In contrast the SNP, which got less than half Ukip’s vote with 1.5million, ended up with 56 MPs out of a total of 59 in Scotland.

He said: “The first past the post system was designed for the 19th century and has no place in a 21st century functioning democracy.

“The fact a political party can poll nearly four million votes and have one seat is an affront to democracy.

Electoral reform has to be put back to the front of the agenda.”

He said: “Here, in our part of Essex, people voted Ukip and they got Ukip yet across the country about five million people will have either voted for Ukip or for the Green Party.

“That failure to translate those five million votes into seats is less a reflection of how my party or the Green Party campaigned. Rather it tells us how dysfunctional our political system is.”

When Mr Farage launched his general election campaign in November, he had announced that on top of Britain’s relationship with the EU, the Brexit Party party would have also pushed for voting reform, the abolition of the House of Lords in favour of an elected second chamber, and the creation of a written constitution.

The Brexit Party, though, did not win any seats at the polls.

Since its creation, many Prime Ministers have attempted to reform the upper chamber and failed.

Boris Johnson is said to be looking at plans to turn it into an elected US-style senate.

However, nobody in Government seems to be concerned with changing the current voting system – First-Past-The-Post (FPTP) – which Mr Farage believes to be “totally bankrupt”.

In the past, the Brexit Party leader has made the case for proportional representation (PR), in which the number of parliamentary seats allocated to a political party reflects that party’s share of the popular vote.

In 2011, the UK voted overwhelmingly to reject changing the way MPs are elected in a referendum – dealing a bitter blow to former Liberal Democrat leader Nick Clegg, who campaigned in favour of an Alternative Vote(AV) system.