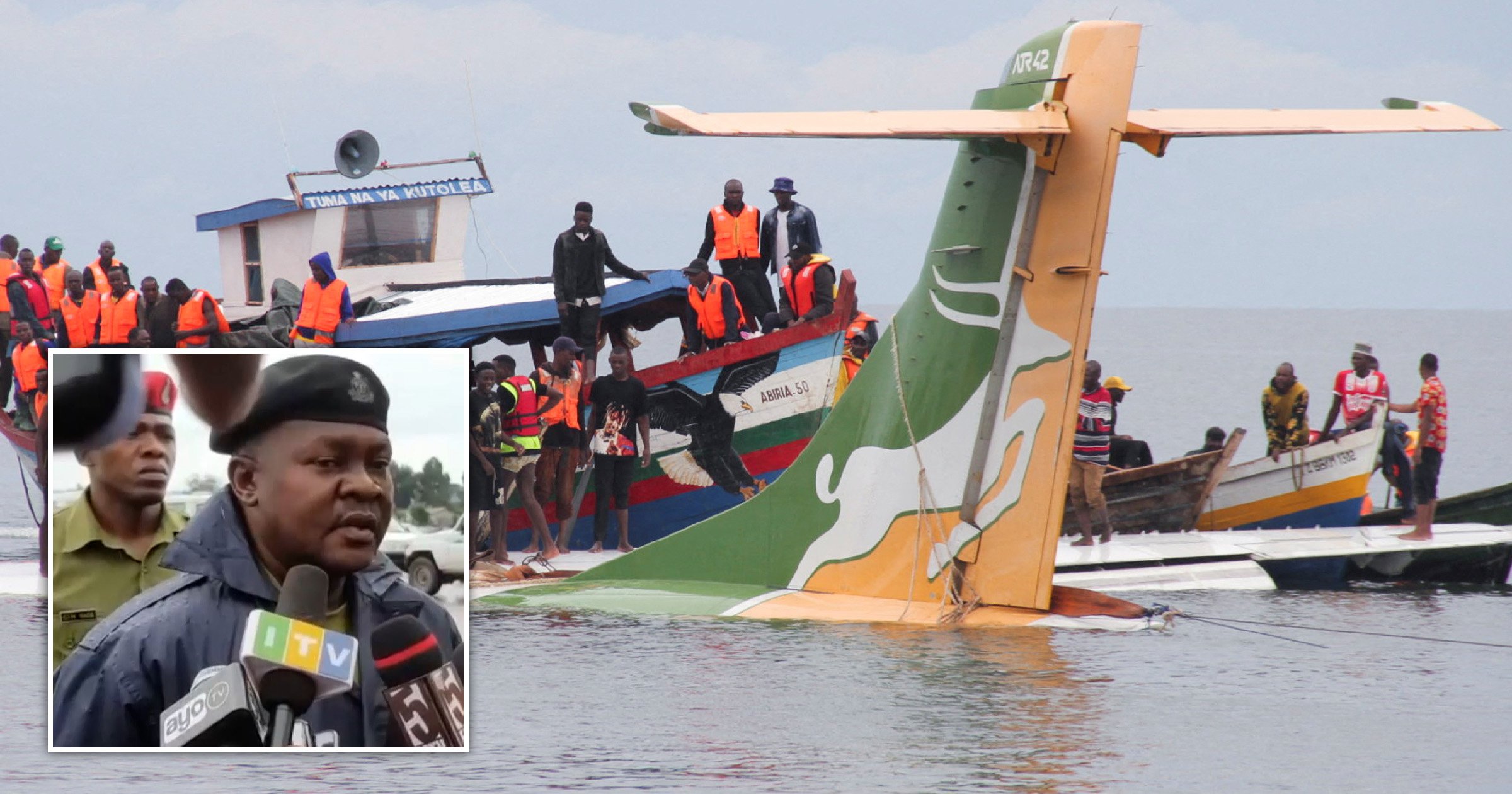 A passenger plane crashed into Lake Victoria only around 100 metres from landing at the nearby airport, killing 19 people.

Local authorities said 26 of the 43 people on board had been rescued and taken to hospital after the crash in Tanzania.

Photos from the scene showed how the plane was mostly submerged in the lake, with passengers having to be pulled from the water.

The Precision Air flight had been travelling from the coastal city of Dar es Salaam, the country’s largest city and financial hub, to Bukoba in the north west, the capital of Kagera region.

Kagera province police commander William Mwampaghale said: ‘We have managed to save quite a number of people.

‘When the aircraft was about 100 metres midair, it encountered problems and bad weather.

‘It was raining and the plane plunged into the water. Everything is under control.’

Fishermen were among the first to reach the aircraft and help people escape.

Precision Air is a Tanzanian airline company, and the plane was an ATR-42, made by the Franco-Italian firm ATR.

The two pilots are believed to have been seriously injured and may have died, with no details about the cause of the crash yet given save that it happened in bad weather.

Those waiting at the airport witnessed what happened, with Abdul Nuri telling the BBC: ‘We were really shocked. People panicked and some started crying and shouting.

‘At the arrivals gate people panicked as well – most of them were waiting to welcome their relatives.’

Prime Minister Kassim Majaliwa said: ‘We are still identifying the bodies, but it is highly likely that the pilots might have perished.’

President Samia Suluhu Hassan tweeted: ‘Let’s continue to be calm while the rescue operation continues as we pray to God to help us.’