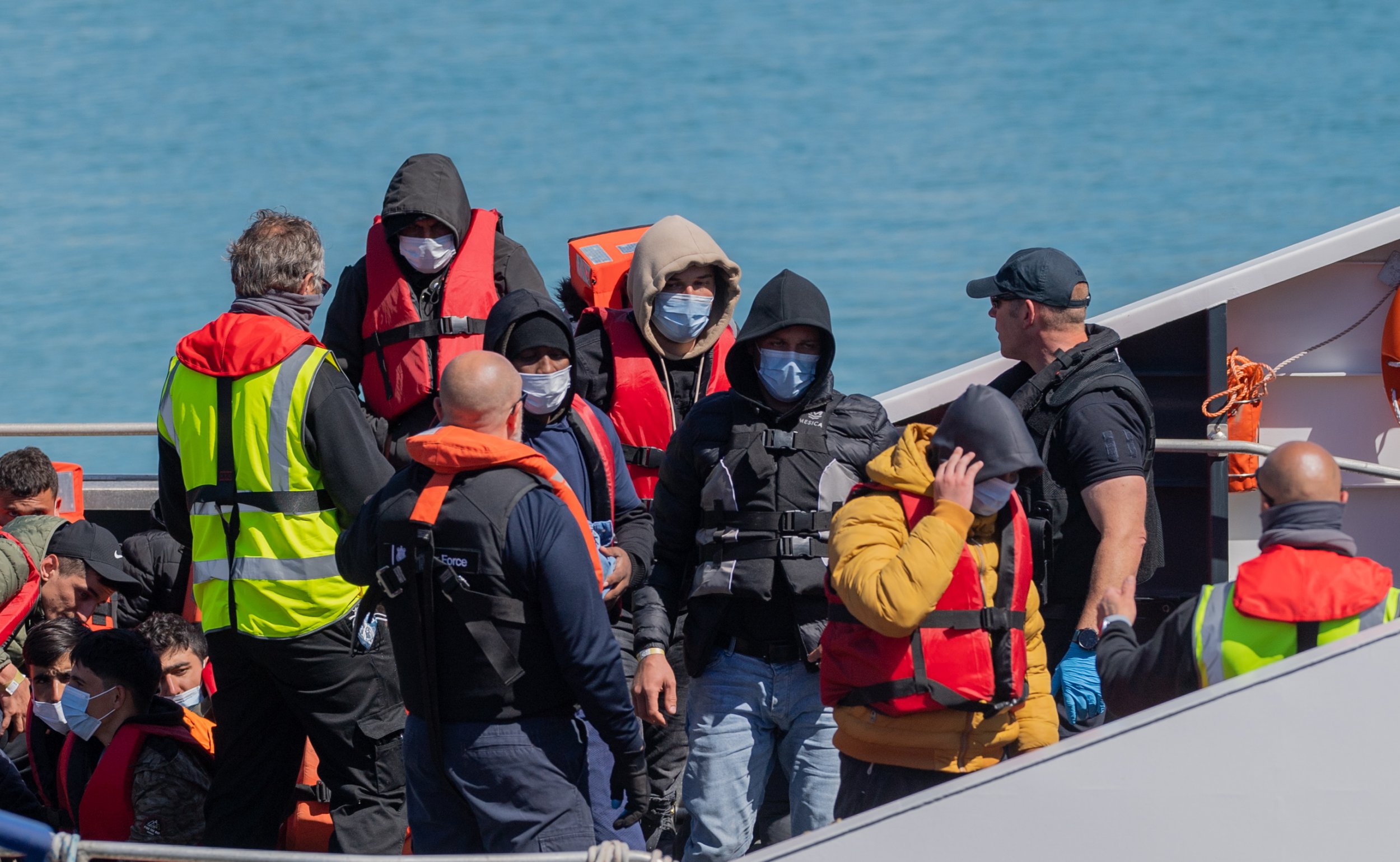 Last week, news came out that two of the asylum seekers to be deported from the UK to Rwanda are claiming to be 16.

They’re children, and the British Government plans to send them 4,500 miles away from safety on the basis that they don’t look their age.

This is just the latest instalment in a long pattern of the UK Home Office criminalising child refugees through ‘adultification’, a form of racial prejudice that sees Black and Brown children as much older than they are – resulting in such children receiving less protection and support.

To ‘adultify’ child refugees, the UK Home Office weaponises the tool of age assessment, a process triggered when the Home Office disputes a child’s age – following which social workers are assigned to establish the asylum seeker’s age through repeated interviews.

These two teenagers seeking asylum are currently undergoing age assessment, and haven’t been removed from the deportation list in the meantime.

During age assessment, the child’s asylum claim is paused, and often, they are made to forgo any services or help they received when considered a minor, such as education – in violation of the government’s own guidance.

This puts children in limbo for months while the assessment is completed.

All the Home Office needs to refer a young person to assessment is them seeming ‘significantly over 18’ visually according to the UK Government’s guidance.

This is highly discretionary and racially loaded as Black children are often subject to ‘adultification’, with one American study concluding that Black boys’ age is overestimated on average by 4.5 years.

Facial hair growth can occur much earlier for many boys from the Middle East, leading to inflated age assessments.

Furthermore, age is calculated differently around the world – in some Middle Eastern countries, children are said to be the age of one when born while the use of lunar or solar calendars can mean that asylum seekers approximate their date of birth upon arrival in the UK. The fact that many children have no documentation exacerbates said issues.

Time and time again, age assessments have put children in danger. In theory, young people undergoing age assessments should be housed with and given the same service as minors. In practice, they are often placed in accommodation with other adults, or even in detention.

As a result, a 15-year-old Iraqi boy was allegedly physically assaulted while in accommodation with adults, while a 16-year-old Sudanese boy was held in immigration detention for almost two weeks until the High Court intervened.

Ethical concerns aside, age assessments simply don’t work – they can have a five-year margin of error.

The Nationality and Borders Bill has opened the door to the use of methods like dental scans to assess age; proposals that have been repeatedly shot down by the British Dental Association due to their notorious inaccuracy, as well as ethical concerns surrounding taking asylum seekers’ radiographs with no health benefit for them.

In communications on the Nationality and Borders Bill, the UK Government argued that there are safeguarding risks upon other children from single men posing as minors.

However, guidance drafted by the UN and expert social workers has made clear that the biggest risk is upon a child assumed to be an adult.

This paranoia that adults are posing as children has set off vicious ramifications upon all asylum seekers, adults and children alike.

Asylum-seeking adults are often demonised, characterised as ‘queue jumping’ economic migrants, despite the fact that the majority face persecution in their country of origin and go on to receive refugee status in the UK.

Meanwhile, children are subjected to onerously long, ineffective, and discriminatory age assessments, which only further traumatise them.

And all of this is, in my view, totally needless.

The Home Office claims two-thirds of those assessed are later determined to be adults, but this remains contentious, as it doesn’t take into account appeals.

It could be that those purposefully giving the wrong age are likely trying to avoid the coalface of the hostile environment.

Adults seeking asylum are currently not allowed to work in the UK, and are made to survive on just £5.66 per day.

Furthermore, the UK is the only European country without a time limit on immigration detention – minors, however, are exempt from this.

Treating adult refugees humanely instead might disincentive the small number of individuals who register as minors from doing so.

The government is, I’m sure, well aware of this. However, they’ve found a quick ‘win’. Single adult men are an easy target, as the government can claim that they’re protecting British children by questioning the age of ‘queue jumpers’.

This all comes with an added benefit for a government seemingly determined to keep refugees out – child refugees may stop seeking safety in the UK fearing the treatment they may receive.

Age assessments don’t make us any safer – all they do is serve the goal of creating a whiff of criminality about asylum seekers.

The discourse on immigration has moved so far that we’ve started conflating migration with criminality, and it reeks of prejudice. Scrapping Rwanda deportations, reforming age assessments, and repealing the Nationality and Borders Bill are urgent steps – which we can only do by addressing the grim rhetoric that asylum seekers are criminals to be out-manoeuvred.