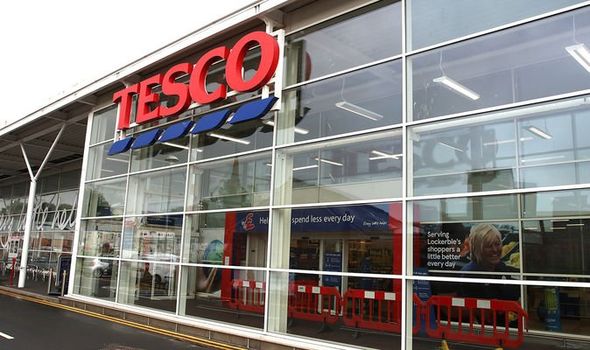 Head of Tesco John Allan and managing director of Iceland Richard Walker both spoke out in a bid to quell alarm over the prospect of empty shelves.

They stressed that Christmas “would not be terrible” and there is no need to return to the panic-buying seen at the start of the pandemic.

However, the pair did warn of inevitable price rises of up to five percent because of the perfect storm of lorry driver and gas shortages.

The retail chiefs said the entire sector was doing everything possible to tackle the problems, meaning the nation would not face a “horrendous crisis”.

Mr Walker said he was “not overly concerned” about a lack of Christmas supplies but admitted shortages are currently hitting fresh produce.

He also warned of “inflationary pressures” and their effect on prices.

Mr Walker, 40, explained: “We’re fortunate, we’re obviously frozen experts, we’ve got lots and lots of stock fully available so I’m not overly concerned and certainly there’s no need for customers to panic buy, we certainly don’t want to go back to those dark days.

“But I do think it’s right to sound the alarm bell on some of these issues that we’re facing because if they’re not sorted, then we might have some issues. But it’s more issues within the fresh chamber than it is frozen.”

Meanwhile, Mr Allan, 73, said: “I think we’re probably looking at, for food overall, [price increases] much higher than we’ve had in recent years.

“I think certainly we’ll get through this particular set of issues that we’re contending with, which include shortage of labour in a number of important areas of food manufacturing, and shortages of HGV drivers, which can be fixed, and we’re all working very hard to fix.”

He added: “I don’t think the end result will be a horrendous crisis at Christmas. I would hate for people to get the impression that we are going to have a terrible Christmas and they’ve got to go out and panic buy.”

Tesco is suffering a shortfall of approximately 800 HGV drivers and its distribution and fulfilment director Andrew Woolfenden warned that the “industry-wide” problem is not going away. He said: “Our concern is that pictures of empty shelves will get 10 times worse by Christmas and then we’ll be panic-buying.”