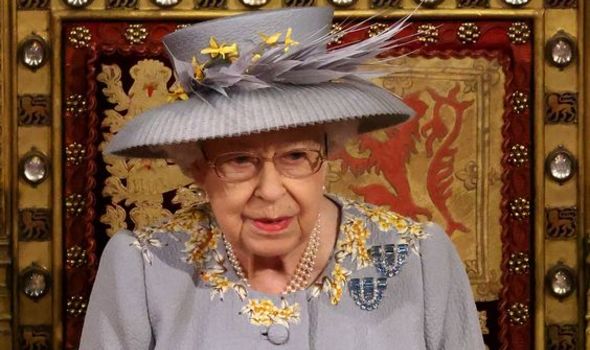 Express.co.uk readers were asked between 1.10pm on May 27 and 11.15am on May 29, whether the Queen should refuse permission for any more Prince Harry television show. Out of the 10,448 people who responded, 9,623 people said yes. Only 610 voters (six percent) said no. And 216 people (two percent) said they did not know.

One person said: “He was born a Royal with Royal status and should behave like one.”

A third person wrote: “He is unfit to be associated with the Royal Family; so, YES!”

It comes as a source close to the Palace claimed the Queen had “no idea” the Royal Family would spoken about, before adding she and the Prince of Wales were left “absolutely gobsmacked’.

The royal insider added the way Harry presented the programme idea to the Queen was “clearly misleading” and it would not have been approved if royals knew it involved a “personal attack on his father and the institution”.