Pedal cycle traffic in Great Britain grew by 96 percent between 2004 and 2020, according to the Department for Transport (DfT). As competition for limited space in urban centres and the number of cycling-related incidents increases, friction between motorists and cyclists came to a head last week as the Government outlined a raft of new regulatory proposals. Having been calling for such an overhaul for years, motoring law expert Nick Freeman gave an exclusive interview to Express.co.uk.

As the number of cyclists dashing around busy city centres has grown, fatalities, incidents and near-misses between bikers and cars or pedestrians are becoming more common.

Criminal solicitor Nick Freeman is one of the country’s foremost experts on motoring law, and has advocated increased road safety for years.

In 2021, he launched a petition calling for cyclists and e-scooter riders to display visible identification, use cycle lanes whenever possible and to introduce a licensing and penalty point system.

Despite receiving over 10,000 signatures, the Government responded that it had no plans to introduce such measures – but last week’s announcement shows things have changed. 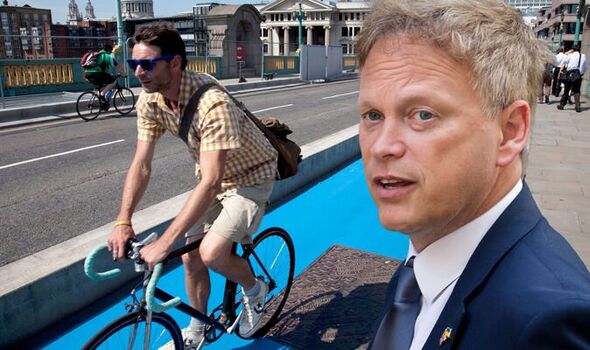 At present, cyclists have no legal obligation to respect speed limits that motorists do, and the other offences for which cyclists can be fined are rarely enforced.

This, Mr Freeman argues, is one of the biggest issues at hand, telling Express.co.uk: “When cyclists go through red lights or go along the pavement, they commit a whole host of offences with the full knowledge that they’re never going to be brought to account unless they’re involved in a really serious incident and someone literally gets hold of them.”

This is something that was recently addressed by Transport Secretary Grant Shapps, who, in an interview with the Daily Mail, said: “I don’t want to stop people from getting on their bike, it’s a fantastic way to travel, and we’ve seen a big explosion of cycling during Covid and since.

“But I see no reason why cyclists should break the road laws and be able to get away with it.”

Mr Freeman believes the solution to this is a licence and registration system: “Obviously I appreciate that a two-tonne vehicle is going to do far more damage than a small cycle but that’s not the point.

However, not all are convinced by the idea of licence plates for bikes, as Labour’s shadow transport minister Gill Furniss said: “This absurd and unworkable plan would create a mountain of bureaucracy for cyclists, and force people away from active travel.

“Buses are in crisis, rail services are being slashed, fares and fuel are soaring – and the Transport Secretary’s big idea is to slap number plates on tens of millions of bicycles.”

READ MORE: Number plates and speed limits for cyclists would be ‘welcomed’ 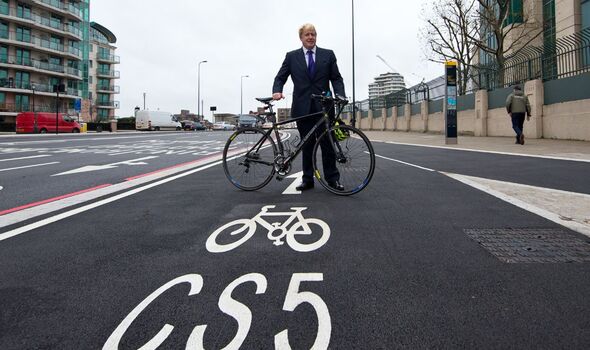 In 2020, the last year for which there is complete data, there were 141 cycling fatalities on Great Britain’s roads.

With regards to the safety of the cyclists themselves, Mr Freeman supports making helmets mandatory: “Why would you give people the choice, why aren’t motorists given the choice to wear seatbelts.

“If you don’t like it, don’t cycle, because ultimately if you’re involved in an accident and you injure your head you’re going to be costing the taxpayer potentially a lot of money.”

Mr Freeman believes there will naturally be people who will challenge the Government on any new laws, but counters: “To that one could say, ‘Fine, when you injure your head, please pay for all your treatment privately.’”

“If it’s going to protect your skull, and protect you when we have appalling road services, overcrowded streets, inadequate infrastructure, why would you say this is a ridiculous idea?” 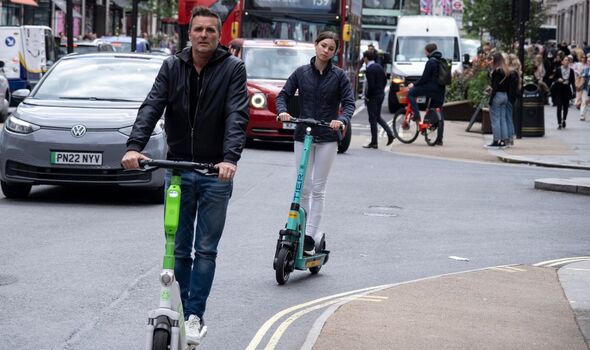 Investment in improved cycling infrastructure is also something high on the list of priorities.

“The trouble is here we have an overpopulated island, the quality of our roads is just horrendous, and there’s simply no space for the people who are using the roads.

“So I suggested that we should take some of the pavement off to make those cycle lanes, but it needs to be separated by a high curb and it needs a good surface.

“We need infrastructure, we need legislation, we need both.

“There would be a cost which would in my view be more than offset if there’s a contribution from cyclists, on the basis that there’s no such thing as a free cycle.

“I think the motorist contribution is quite sufficient, and most cyclists are motorists as well.”

Another key issue is the use of mobile phones, another offence for motorists which does not apply to those on bikes.

Listening to music while riding should be banned, according to Mr Freeman, as “sense” is vital to being safe on the road — especially with the roll-out of more and more quiet electric vehicles.

Citing their demands on attention and awareness, he also called upon the Government to ban all use of mobile phones in cars, whether hands-free or handheld, as well as for pedestrians while they cross the road. 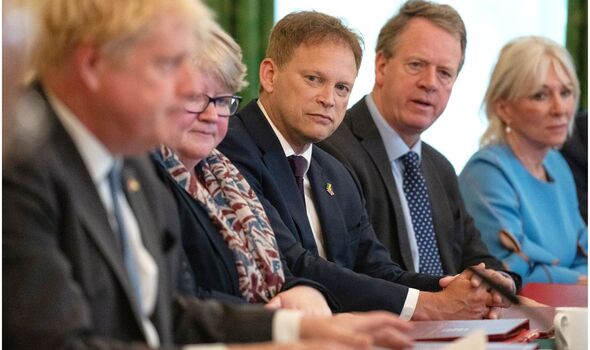 In response to the Transport Secretary’s proposals, Duncan Dollimore, head of campaigns at Cycling UK said: “These latest proposals to regulate cycling are impractical and unworkable, and have been repeatedly dismissed by successive governments.

“They’re also a complete U-turn on current government policy as laid out last November when Baroness Vere said, ‘the costs of doing so would outweigh the benefits’.

“Every country which has tried to implement such ideas has soon realised their costly mistake.”

However, Mr Freeman believes the issue to be of paramount importance on public safety grounds, saying: “The Government simply cannot ignore it and cannot afford not to do it.”

Long-since dubbed “Mr Loophole” by the press, he has successfully defended the likes of Wayne Rooney, Ranulph Fiennes and Jeremy Clarkson in the past.