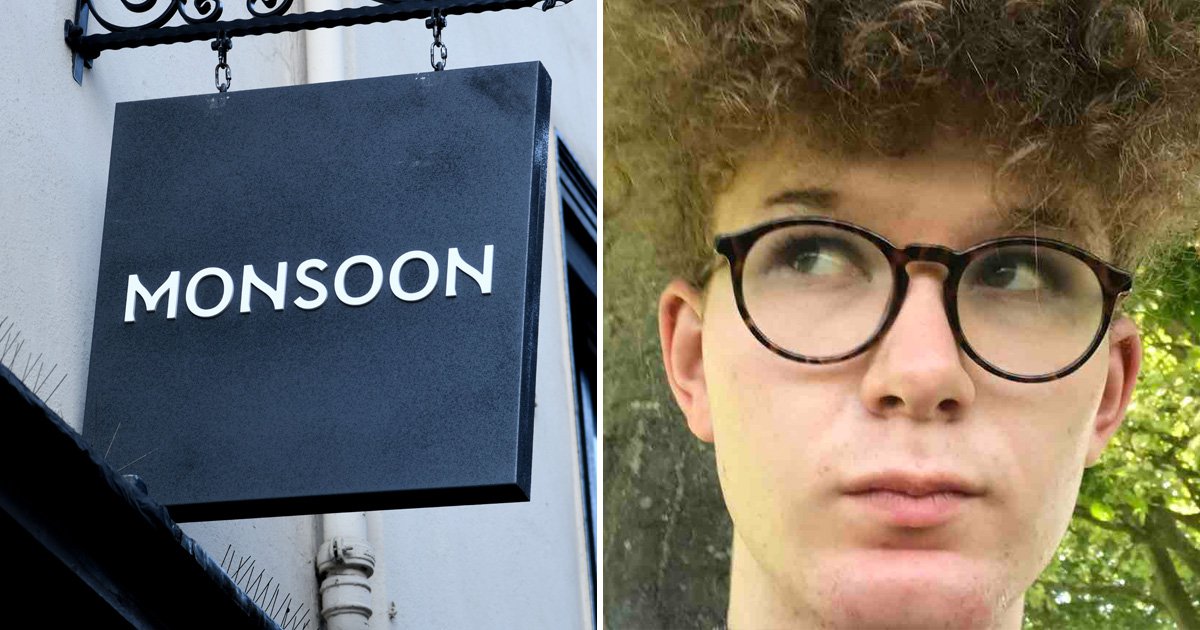 A non-binary teenager has been left ‘humiliated’ after they claimed staff at a Monsoon store in Birmingham kicked them out of the changing rooms.

Charlie Moore, 18, was shopping for the perfect outfit for their school prom and was hoping to try on a few gowns at the branch in Grand Central.

But what was meant to be a magical moment quickly turned ugly.

Moments after the sixth form pupil entered the changing rooms, a Monsoon staff member allegedly told them to get out as ‘the store did not allow men in there’, even though the cubicles were not labelled by gender.

Charlie claimed the employee stated ‘they were getting complaints from women with children’.

Speaking to Metro.co.uk after the incident, they said: ‘What happened made me feel very unwanted – like Monsoon didn’t want my business, which I suppose is true.

‘It was humiliating. You know, it takes a lot of courage for someone who is not traditionally feminine presenting to go to a store and try on dresses, for then to be told “you’re not welcome”. It’s a shock to the system.’

Exceptions are only acceptable if there are ‘proportionate and justified reasons’.

Upset about how they were treated, Charlie took to Twitter yesterday to question the fashion brand about their store policies.

Alongside messages of support, they received a lot of transphobic abuse, with some users praising the employee for kicking them out.

This morning, Monsoon confirmed their changing rooms are ‘open and available to all our customers’, adding that they have now opened an investigation into the incident.

Customer service also apologised to the teenager and offered them a free dress.

Charlie branded this as a ‘sympathy move’ and said it is unlikely they would ever return to the city centre store because of how ’embarrassing’ the experience was.

‘We are seeing transphobia everywhere at the moment,’ they said. ‘But this is the first time something like this has happened to me.

‘I am pleased Monsoon have launched an investigation as we need to know if this is a single-employee issue or a store issue.

‘Questions also need to be asked about how it got to this point – whether it was a problem with the training.

‘It’s unlikely I’ll take Monsoon up on their offer because the issue is much bigger than a dress, frankly. I don’t particularly fancy going back to that store either.

‘It feels like a bit of a sympathy move and I don’t think that’s what’s needed here.’

Metro.co.uk has reached out to Monsoon for a comment.