Former DUP leader Arlene Forster attacked the BBC’s lack of coverage of this year’s Twelfth of July parades in Northern Ireland. “The Twelve” is an annual event commemorated by Ulster Protestants to mark the victory of King William of Orange over the deposed Catholic monarch James II at the Battle of the Boyne in 1690. Watching parades in Armagh, Ms Forster lashed out over the lack of BBC coverage of this year’s marches.

“Normally the BBC covers this live but they decided this year not to do that.

“So GB News stepped into the gap.”

It comes as hundreds of Orange Order parades accompanied by loyalist marching bands are taking place in cities, towns, and villages across Northern Ireland

JUST IN: ‘Honest’ Sunak mocked for reminder on spending rise with ‘Ready for Rishi’ campaign video 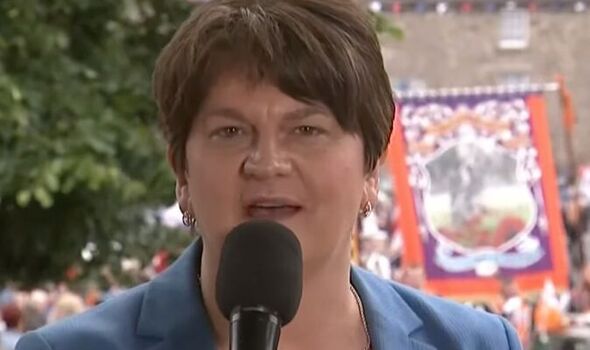 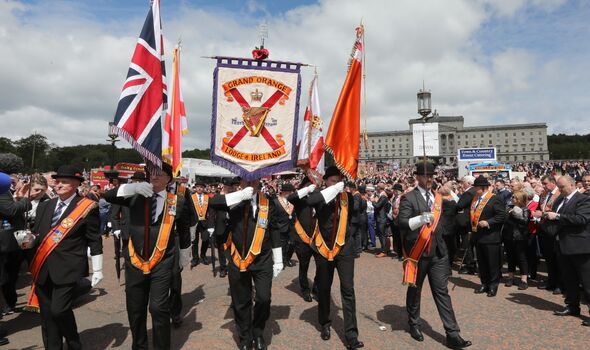 In Belfast, the Orange Order’s County Grand Master, Spencer Beattie, said around 10,000 order members and bandsmen and women will take part in the capital.

“In 2020, we were cancelled because of Covid, so this is the first time back on the street in our full parade,” he told the PA news agency.

“We’ve had various smaller parades over the last couple of years reduced down because of Covid, but it’s great to be back in full swing again. Hopefully, the day will be a celebration for everybody getting back out on to the street and enjoying the day.”

The Belfast parade is one of the longer routes, passing through the city from Clifton Street, laying a wreath at the cenotaph at City Hall, and progressing on to the demonstration field at Barnett Demesne.

“It’s just great to get everyone back out again. You’ll have noticed from the number of bonfires that were about last night that everybody is coming back into the spirit of the Twelfth of July again,” Mr Beattie said.

“It’s immeasurable how many spectators you have at the side of the road; that’s where you see the tourist part of it, in the city centre.

“People are just happy to be getting back into a traditional Twelfth of July. We understood the reasons why we had to reduce the size of the parade – we had to keep people at home in 2020 – last year we reduced and spread about the city to reduce the crowds.

“But now we have got the full parade back on the road, people are out with smiles and enjoying themselves.” 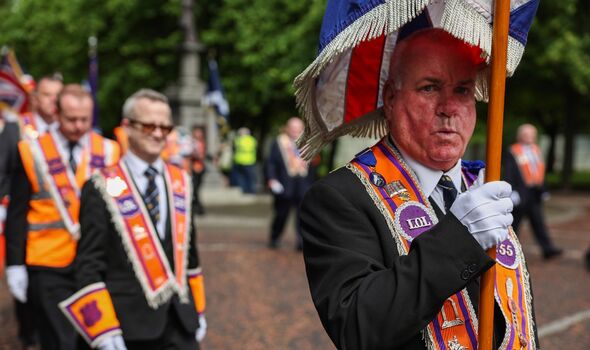 On Monday night, around 250 bonfires were lit in loyalist communities across the region to usher in the main date in the parading calendar.

Police said they were gathering evidence after complaints about election posters and effigies being put on bonfires.

The routes of certain Orange parades became intense friction points during the Troubles, often leading to widespread rioting and violence.

The disputes usually centred on whether or not Orange lodges should be entitled to parade through nationalist areas.