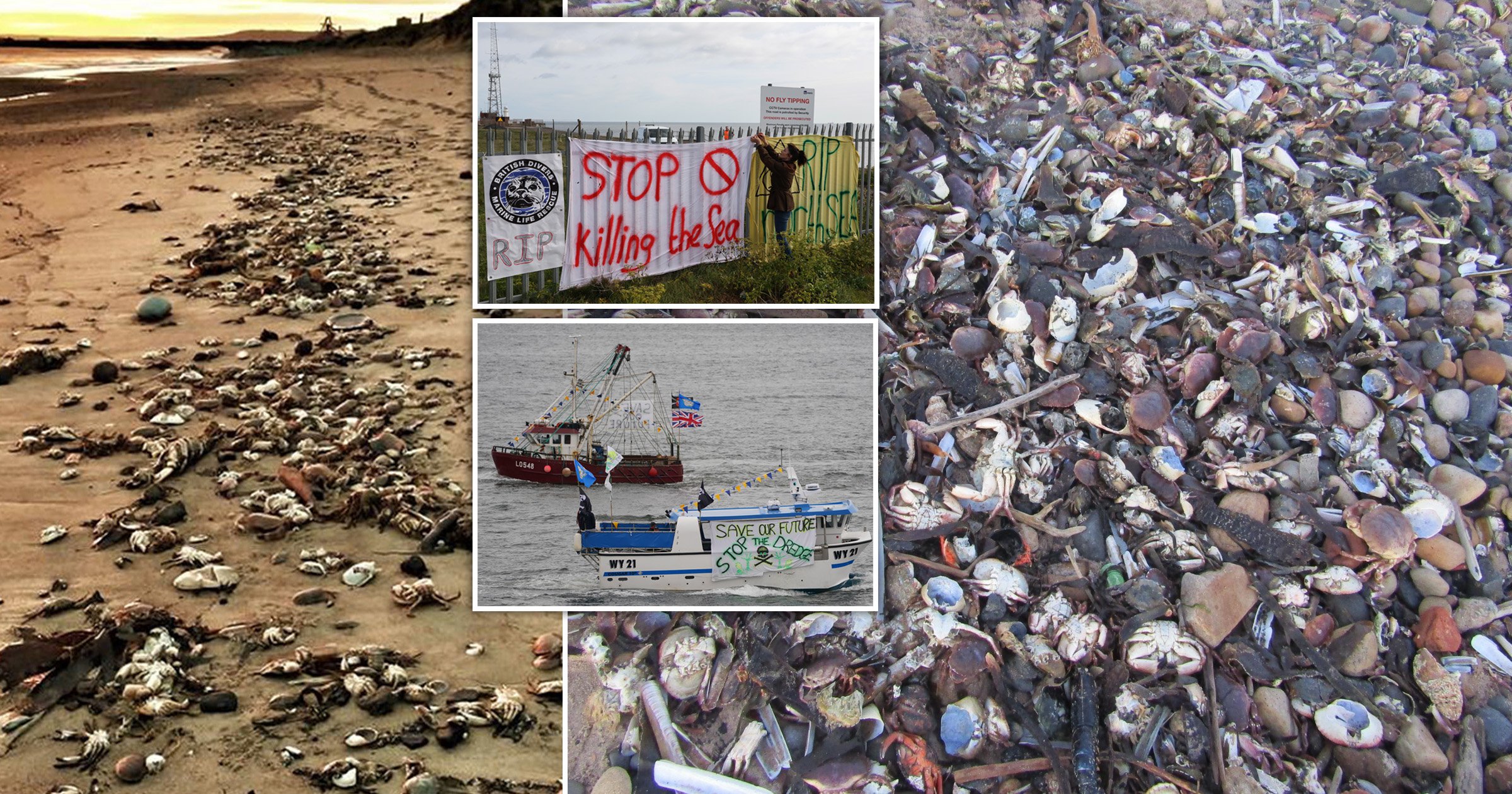 People across the North East of England are being urged to ‘reclaim our sea’ by protesting against the mass die-offs of marine life, which has been blighting the area for nearly a year.

The fishing industry, local campaigners, wildlife lovers and scientists have expressed major concerns about dredging in the River Tees, which came shortly before local beaches were inundated with thousands of dead sea creatures.

Local fishermen have had to sell their boats as a result of the decline in catches, which is devastating the industry.

Campaigners point to 10 days of dredging in early October last year when they say nearly 150,000 tonnes of contaminated sediment were dumped 2.5 miles off the Redcar coastline.

Crabs and lobsters began washing up dead shortly after, followed by claims of starving seal pups and dogs getting sick on beaches.

Problems have been reported from Hartlepool to Saltburn.

Defra, the Government’s environment department, is insisting that the catastrophe was caused by an ‘algal bloom’.

Yet an independent scientist has disputed the findings and conservation groups are calling for the investigation to be reopened.

The simmering row comes with locals continuing to report a dearth of crabs and other sea life in the area, some 10 months after the sediment was initially dumped.

Now there are fears that new dredging could be given the green light, ahead of a plan to build a new Teeside ‘freeport’ – one of the key pillars of the Government’s Brexit agenda.

On Sunday, people will gather along the North East coastline from 11am to link hands and create a ‘wave motion’ travelling south.

The stunt aims to ‘send a clear message to those in power that the blatant killing of our seas, ancient fishing industry and iconic marine creatures must stop.’

Organisers are united in their belief that dredging is behind the deaths – but have also raised concerns about the sewage pouring into British waters.

Campaigner Sally Bunce told Metro.co.uk: ‘This protest is incredibly important because conclusions have not been definitively reached as to what caused the October die off… the only constant throughout has been dredging and the reasoning to disregard it is flawed.

‘With a further 2 million tons to be dredged it is important to learn from the past 10 months.’

Metro.co.uk put her comments and a campaign video to Defra, but a spokeswoman did not respond specifically to the allegations.

The department were also unable to provide a timeline of when or how much new dredging might be on the horizon.

Sally continued: ‘Independent analysis has highlighted the failings of the DEFRA investigation and their hypotheses.

‘Failing to halt the capitol dredging until the new data is considered will potentially result in an environmental catastrophe which was easily avoidable.’

The RSPB told Metro.co.uk that the problems have also affected sea birds, as it called for an immediate reopening of the Defra investigation.

Its senior conservation officer, Blanaid Denman, said: ‘The RSPB are deeply concerned by the ongoing mass die-offs of crustaceans along the northeast coast, centred around the Tees Estuary. And the potential effects on the wider marine ecosystem, including seabirds.’

‘We understand that the first event, which occurred in October 2021, was investigated by Defra who found the crabs and lobsters contained exceptionally high levels of pyridine, an industrial pollutant, alongside a number of known algal toxins.

‘However, this was not a one-time event. While algal bloom toxicity may have been a factor in October, the die-offs have continued throughout the last nine months which clearly indicates an alternative underlying cause, requiring urgent investigation.’ 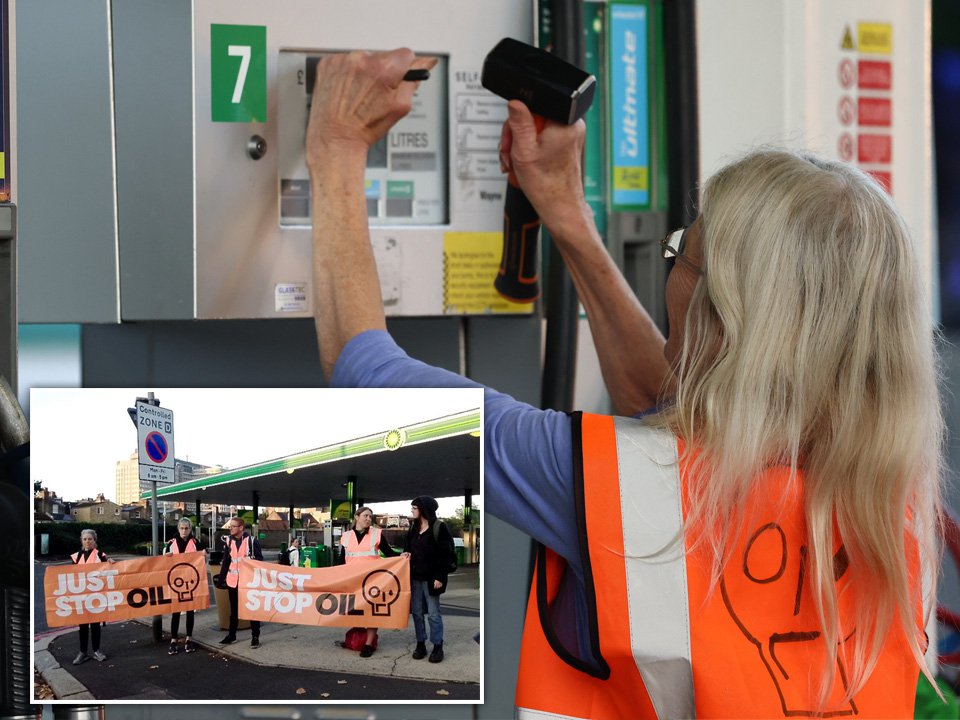 The organisation also called for a halt to dredging of the Tees ‘until a full scientific analysis can rule it out as a contributory factor.’

Campaigners – who believe sewage and various other chemicals are lying in sediment beneath the surface – back that position.

They also want the Defra investigation reopened and overseen by independent scientists, as well as an overhaul of the laws around dredging and sediment disposal.

A Defra spokesperson said: ‘Defra led a comprehensive investigation into the cause of dead crabs and lobsters that washed up on the North East coast between October and December last year.

‘Government scientists carried out extensive testing for chemicals and other pollutants including pyridine but concluded a naturally occurring algal bloom was the most likely cause.

‘It’s a complex area of research – and we will continue to work with universities and other experts to understand it better.’

The investigation ruled out dredging as a likely cause, with the department believing the highest international standards had to be met before sediment was disposed of.

However, further research is ongoing.

In June, marine pollution expert Tim Deere-Jones claimed to have ‘quickly debunked’ Defra’s ‘very feeble attempt to suggest it was an algal bloom’.

Identifying huge quantities of pyridine in crabs, he suggested to BBC Radio Tees that dredging was a possible cause and added: ‘There was marine algae out there but it wasn’t really what you’d call a bloom, and nobody took any samples to prove it was a lethal algal bloom.’