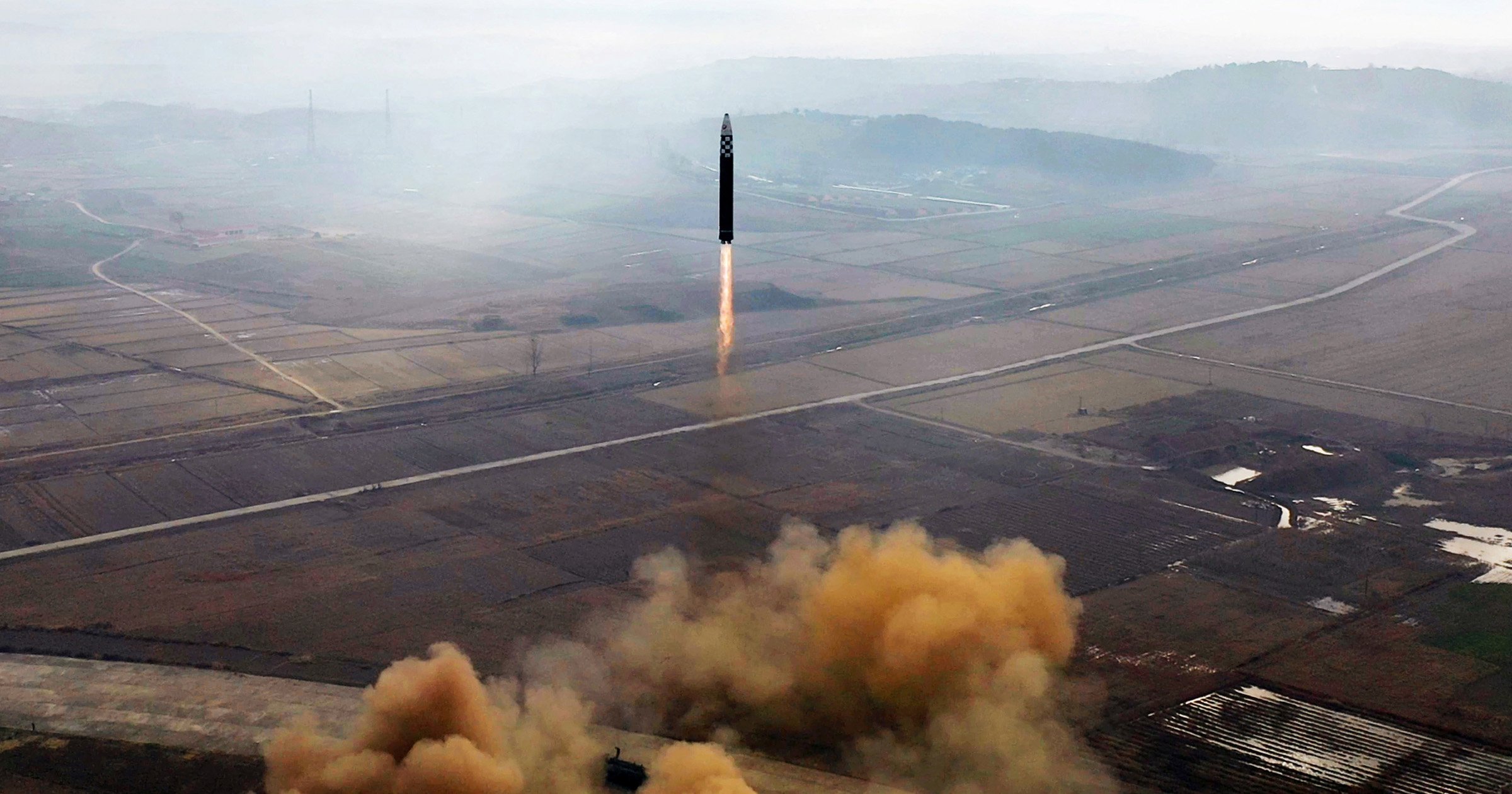 North Korea has carried out another weapons test near the coast of Japan.

It’s believed the rocket fired this morning was a ballistic missile, which is theoretically capable of delivering a nuclear warhead.

Officials said it was detected flying towards the sea off its east coast, an assessment confirmed by South Korea.

It’s the latest in a string of aggressive exercises ordered by Pyongyang in recent months.

With any prospect of talks between the rogue state and its neighbours or the US seemingly dead in the water, King Jong Un has continued to lash out.

Earlier this week North Korea threatened to take a ‘resolute and decisive military step’ against Japan after it announced an increase in defence spending.

The government in Tokyo wants to develop a counterstrike capability against enemy targets and beef up its army after decades of relatively low investment.

North Korea accused it of seeking to become ‘an offensive military giant’ and said the move was a ‘foolish attempt to satiate its black-hearted greed’.

It also said rocket launches on Sunday were tests of military reconnaissance spy satellites, a claim doubted by South Korea.

Pyongyang released two low-resolution images of South Korean cities viewed from space but civilian experts said they were useless for intelligence purposes and the tests were cover for more ballistic missile exercises.

The US flew nuclear-capable bombers and advanced stealth jets near the Korean Peninsula three days ago during joint exercises with South Korea.

North Korea has this week been accused of sending arms to Russia to be used by mercenaries fighting in Ukraine.

Weapons were sent to the notorious Wagner Group, which is widely accused of carrying out war crimes, via train through Russian territory, according to the US.

Pyongyang has described the accusations a ‘absurd red herring’ while the head of the mercenary group said it was ‘gossip and speculation’.