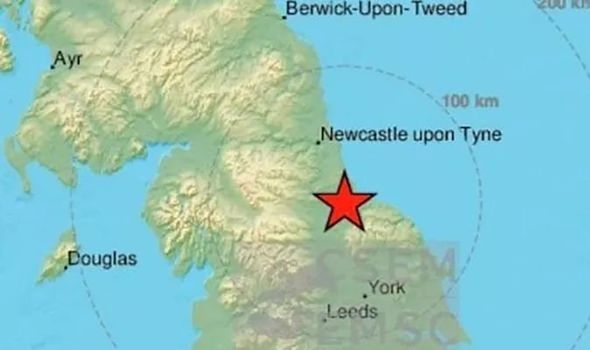 Residents across North Yorkshire feared they were about to ensure an earthquake when their homes shook on Wednesday.

Windows rattled and house rocked at around 4pm across North Yorkshire, including in Redcar, Brotton, Loftus and Whitby.

The British Geological Survey (BGS) began looking into reports of the suspected earthquake and suggested it was “a sonic boom from an aircraft, rather than an earthquake”.

But the RAF then dismissed that the incident was not caused by one of the air force’s aircrafts.

Following analysis of measuring equipment, British Geological Survey seismologists determined it to have been the result of a sound as opposed to movements in the ground.

And it was more likely to be an sonic boom, they said.

A sonic boom is an explosive noise caused by the shock wave from an object travelling faster than the speed of sound – 767 mph (1234 km/h). A sonic boom from an aircraft can be heard over a large area because it moves with the plane.

It has now been confirmed the sonic boom happened as a result of a Swiss Armed Forces training excercise inside offshore training areas.

A spokesperson for Swiss Armed Forces said: “The sonic boom heard in the North-east of England yesterday was caused by a Swiss Air Force F-18 Hornet aircraft completing operational training inside offshore training areas, any inconvenience caused to local residents is regretted.”

Wind conditions may have been a factor in the event as flights are usually far enough out to sea to not cause sonic booms to be heard on the mainland, Teesside Live understands.