Stones, bottles and petrol bombs have been thrown at police officers on another night of unrest in Northern Ireland.

It comes despite a renewed call for calm out of respect for the passing of the Duke of Edinburgh.

A car was also seen burning in Belfast amid a heavy police presence. 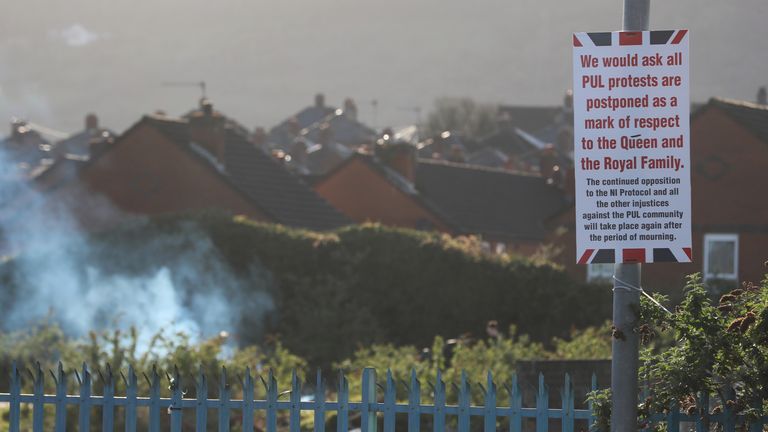 Police have been dealing with unrest all week in Northern Ireland, prompting political leaders from across the spectrum to urge peace.

Both the Loyalist area of Tiger Bay and the Nationalist New Lodge region of Belfast saw violence on Friday night.

Signs posted in Lanark Way, the scene of much of the unrest of recent days, read: “We would ask all PUL (Protestant, Unionist, Loyalist) protests are postponed as a mark of respect to the Queen and the Royal Family.

“The continued opposition to the NI protocol and all other injustices against the PUL community will take place again after the period of mourning.”

PSNI Chief Superintendent Muir Clarke said: “We would appeal for calm in the area and ask anyone who has any influence in communities, please use that influence to ensure young people do not get caught up in criminality and that they are kept safe and away from harm tonight.”