A public inquiry should be established looking into the conditions and practices in mother and baby homes, Magdalene laundries and workhouses in Northern Ireland, an expert panel has said.

The Stormont-commissioned group also recommended a non-statutory independent panel should run in parallel to the inquiry to allow the women and girls who were sent to the institutions to give testimony in a less adversarial format.

The experts also said that redress payments should be paid to survivors at the start of the investigations.

The group added that legislation should be passed to ensure access to the records of the institutions under scrutiny.

It comes after a major academic research report published earlier this year outlined the scale of mistreatment suffered by thousands of women and girls.

Queen’s University and Ulster University researchers found that more than 14,000 girls and women spent time at mother and baby homes, Magdalene laundries and other institutions between 1922 and 1990.

It found that women were mistreated, held against their will and forced to give up children for adoption.

These findings prompted Stormont ministers to commit to a full investigation, commissioning the expert panel to work with survivors to work out the format of the investigation.

Outlining the findings, the chair of the Truth Recovery Design Panel, Deirdre Mahon, said: “For six months we have worked closely with victims-survivors and relatives who have shared their heart-breaking stories with us and we thank them for their dedicated and tireless pursuit of truth and justice. 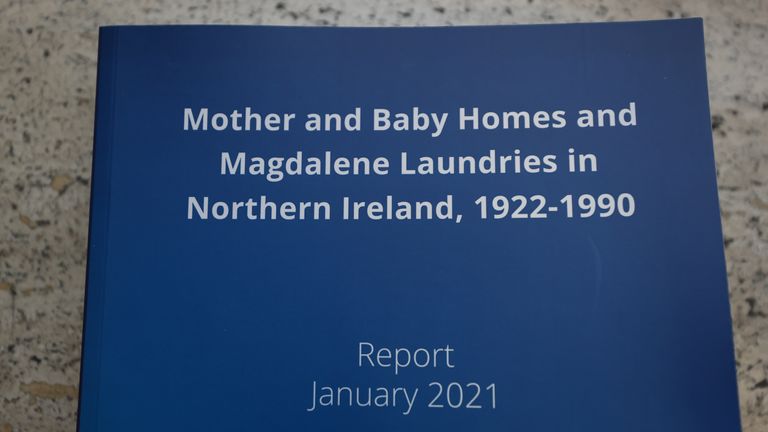 “The Executive’s decision in January, on the Inter-Departmental Working Group’s advice, to decide to set up an investigation and involve victims and survivors centrally in designing the investigation was a hugely positive step.

“Nevertheless this decision has come too late for many, and it is essential that these recommendations are acted on without delay.”

Other measures recommended by the panel include:

• The offering of public apologies from the State and all institutions involved.

• Comprehensive funding for health and wellbeing services for survivors.

• Legal aid to access the courts or inquest system.

• Citizenship for those who lost their entitlement due to removal from the jurisdiction as a child.

• The provision of gravestones and memorials.

The academic research published at the start of the year found more than 10,500 women and girls entered the homes for unmarried mothers and their children over a 68-year period from 1922.

The youngest was 12, with the oldest 44, while a third were under 19. They included victims of rape, incest or unlawful carnal knowledge.

Survivors of the institutions claimed they were subjected to labour such as scrubbing floors in the final stages of pregnancy and were described as “fallen” and stigmatised.

Meanwhile, 3,000 women were sent to Magdalene laundries, with numbers highest in the 1930s.

Some were referred to the institutions by their families, others by priests and some by state agencies, including the courts, police, probation, welfare and GPs.

These included women who suffered with alcohol dependency, teenage girls described as having behaviour issues, some with learning difficulties, and some from the mother and baby homes to serve “penance”.