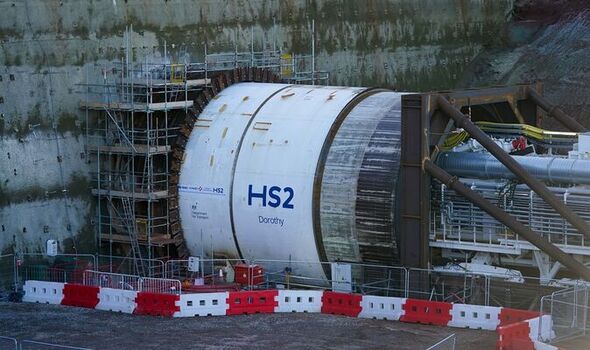 Frustrated regional leaders say they desperately need to start moving on a plan amid travel chaos across northern networks, affecting tens of thousands of rail passengers. West Yorkshire Mayor Tracy Brabin said: “We have not heard a thing – and it’s so disrespectful.

“It just shows the Government’s commitment to the North that we still have no information at all on the study, even the terms of reference.”

But there are fears it will get worse after the Government appeared to scale back plans for the high-speed railway line, which is part of its Integrated Rail Plan. This £96billion scheme is to bring together HS2 and the Northern Powerhouse projects.

The eastern leg was to stop at East Midlands Parkway but trains will continue on an existing line to Sheffield, with £100million for a feasibility report to “look at the most effective way to run HS2 trains to Leeds”.

But almost a year on, the Leeds Area Study is still being delayed after the Treasury questioned its cost.

Levelling Up Secretary Michael Gove has suggested capital investment for the whole project will be reviewed.

Transport for the North, a body formed in 2018 to make the case for strategic improvements, has revealed the document is expected to take 18 months to two years to complete.

But it cannot begin until the Department for Transport publishes the terms of reference.

Ministers have said the report will look at the original plans for the high-speed railway line, potential upgrades to existing lines and a hybrid approach.

Liz Truss vowed to build the network in full, ditching Boris Johnson’s scaledback proposal. But Rishi Sunak has not made the same pledge.