It means the application for a deep mine near Whitehaven to supply coking coal for the steel industry will now be subject to a public inquiry. Environmental campaigners including Greta Thunberg had denounced the project but there is strong support in Tory ranks for what would be the first new deep coal mine in decades. Mr Stevenson told the Sunday Express the UK faced the choice between importing the coking coal for steel production or – in a move which would boost local employment – mining it domestically.

He said: “[You] still need coke to make steel and obviously it has the potential to help transform a more deprived part of the country, creating the best part of 500 jobs directly [and] it would have been a real boost for private sector investment coming into our county…

“I am disappointed in the decision the Government has made… We are still hopeful because we believe once the inquiry gets all the evidence [it] may still go ahead, but nevertheless it’s probably several months down the road before that happens, which is holding back the investment.”

Describing the situation as “very frustrating”, he said: “Why shouldn’t it be British coal that provides British industry [with resources] to make British steel? …Why import it from Russia, Australia, America, wherever, when you can actually have it on your doorstep?” 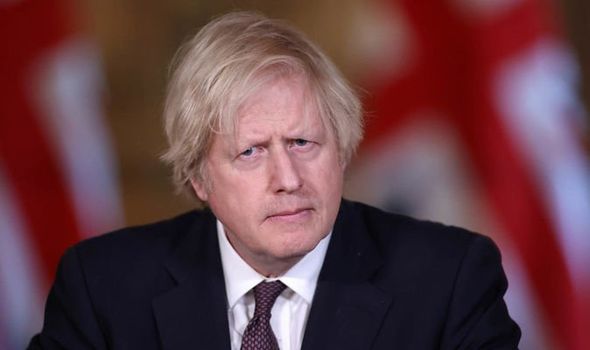 West Cumbria Mining (WCM) has been working on the project since 2014. In January, Lord Deben, the chairman of the Climate Change Committee, warned that the mine would “increase global emissions”, adding that the “decision to award planning permission to 2049 will commit the UK to emissions from coking coal, for which there may be no domestic use after 2035”.

In a sign of the anger on Tory benches, Workington Conservative MP Mark Jenkinson last week condemned the decision to call in the plans as a “capitulation to climate change alarmists”.

However, shadow business secretary Ed Miliband said the mine was “terrible for our fight against climate change”. He argues the Government should provide investment to help the steel industry decarbonise and support long-term jobs in Cumbria and the north.

Friends of the Earth has warned the project would “destroy the UK Government’s credibility” ahead of landmark climate change talks in Glasgow later this year.