Boris Johnson announced £1,000 to pubs forced to remain closed after lockdown because they do not serve food – a requirement under new covid rules. The Prime Minister said the hospitality industry has faced a “disproportionate” burden during the pandemic as he announced the one-off December payment.

He said: “We all accept that the burden on the hospitality sector has been very great.

We feel this deeply, because our pubs, our hotels, restaurants, they are in many ways the heart of the communities and part of the fabric of our identity as a country.

“But we will do everything in our power to support our hospitality sector throughout this crisis.”

But industry leaders said the new cash grant is “derisory”.

Pubs in tier two areas, which cover around 57 percent of England’s population, can only serve alcohol with a “substantial meal”. 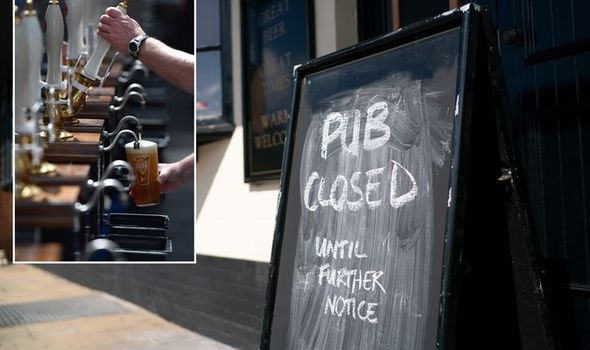 Tier allocations will be reviewed every fortnight and Mr Johnson has also promised MPs a fresh vote on whether to keep the entire system beyond February 2.

But it means pubs will lose its most lucrative trading period over Christmas.

Kate Nicholls, chief executive of trade body UKHospitality, warned it would leave nine out of 10 hospitality businesses “unviable” by the new year.

She said: “A one-off payment of £1,000 for pubs forced to close does not even count as a token gesture.”

Emma McClarkin, chief executive of the British Beer and Pub Association, said the £1,000 was a “meagre” amount of compensation to cover the festive period. 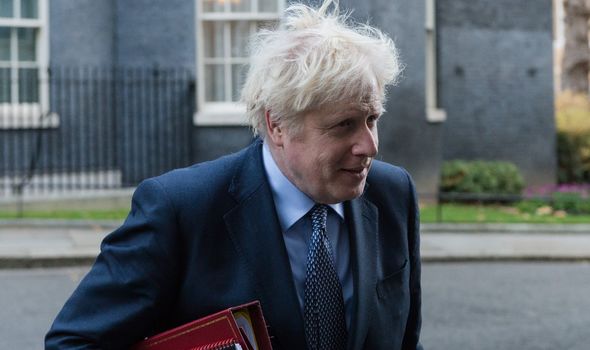 “It is quite frankly, an insult to thousands of pubs across the UK that are on their knees,” she said.

“It barely touches the sides of what pubs up and down the country require to cover their costs and ensure they survive. Nor does it recognise the inherent danger they are in heading into the next year without more support should the tighter tier system remain unchanged.

Chris Tulloch, managing director of Blind Tiger Inns, a pub chain in the north-west of England, said the grant was “insulting”.

“It’s nowhere near enough to help wet pubs,” he said.

Simon Emeny, chief executive of brewers Fuller, Smith and Turner, said: “The challenge for wet-led pubs is if they don’t sell food they will find it impossible to operate, but you have still got bills to pay.

“They have still got to pay potentially rent, insurance costs, national insurance and the apprenticeship levy. That is far more than £1,000.”