Australian host says not all royals have ‘followed example’

Aussie commentator Karalee Katsambanis told Sky News Australia that Prince Harry, Meghan Markle, and Prince Andrew “have not followed the Queen’s example”. In an extraordinary on-air shutdown, the Sky News Australia anchor went on to say the three scandal-hit royals wanted the world to “revolve around them”. Ms Katsambanis compared the gaffes made and challenges faced by Prince Philip in his early days at Buckingham Palace saying the Duke “accepted responsibility for them all” unlike the three “entitled” royals who have not.

In a brutal shutdown, Ms Katsambanis said: “Recently Prince Harry, his wife Meghan and Prince Andrew have not followed the Queen’s example.

“Wanting the world to revolve around them and not having to deal with the consequences of their actions.”

The furious Aussie went on to hit out at the Duke of York for the military uniform debacle which saw Prince Andrew reportedly insist he wore an Admiral’s uniform despite not being one himself.

She added how both Prince Harry and Prince Andrew “needed to know that you don’t try to refloat your public image at a funeral” after the Queen was forced to bring in a ban on military uniform for the funeral. 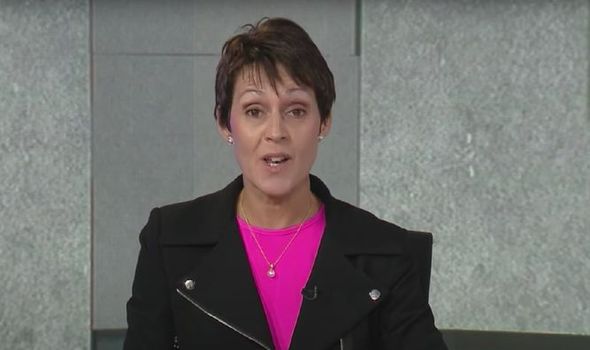 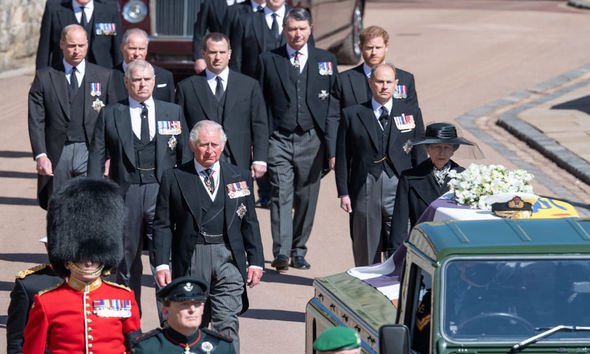 The presenter continued saying: “Now, any funeral is stressful but for a 94-year-old woman who has lost the love of her life to have to step in suggests the royal men need to accept responsibility for the decisions they made in life – and perhaps look for Prince Philip for guidance.”

Ms Katsambanis went on to discuss the late Duke’s challenging beginnings at Buckingham palace where he was an “outsider” whose sisters were not allowed to attend his wedding and that then Prime Minister Winston Churchill even banned the Queen from taking the Duke’s name because of his family links to Germany during the war.

The presenter highlighted how: “He made his fair share of ill-informed gaffes but he accepted responsibility for them all.”

But in a damming conclusion, the Australian said: “Perhaps there is a lesson in entitlement here that an appearance on Oprah can’t teach!”

Queen showed there aren’t ’separate rules for her’ says historian 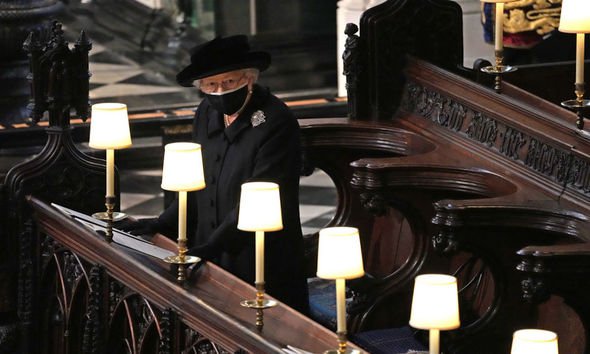 The furious comments come as The Queen has extended an olive branch to Prince Harry.

The Monarch shared a range of images of the family in a touching tribute to Prince Philip, with one of them including the Duke of Sussex, so he was not left out – despite not having a social media account to post pictures from.

Tweeting the images, they said: “Today, members of the Royal Family have shared photographs of the Duke of Edinburgh, remembering him as a father, grandfather and great-grandfather.”

Images include Philip alongside the Duke and Duchess of Cambridge, Princesses Beatrice and Eugenie as well as a young Prince Charles. 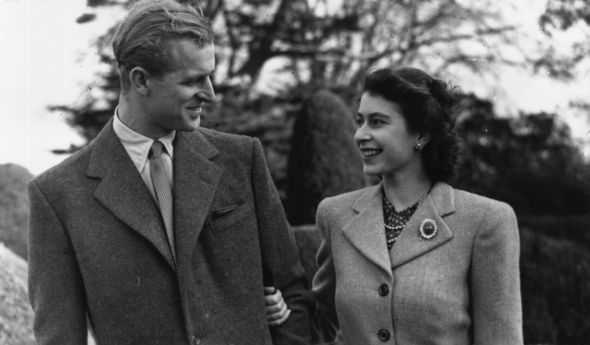 In his tribute to his grandfather issued through the Archewell foundation, Harry said of Philip: “He was authentically himself, with a seriously sharp wit, and could hold the attention of any room due to his charm – and also because you never knew what he might say next.

“He will be remembered as the longest-reigning consort to the monarch, a decorated serviceman, a prince and a duke.

The Duke of Sussex later added: “So, on that note, Grandpa, thank you for your service, your dedication to Granny, and for always being yourself.”