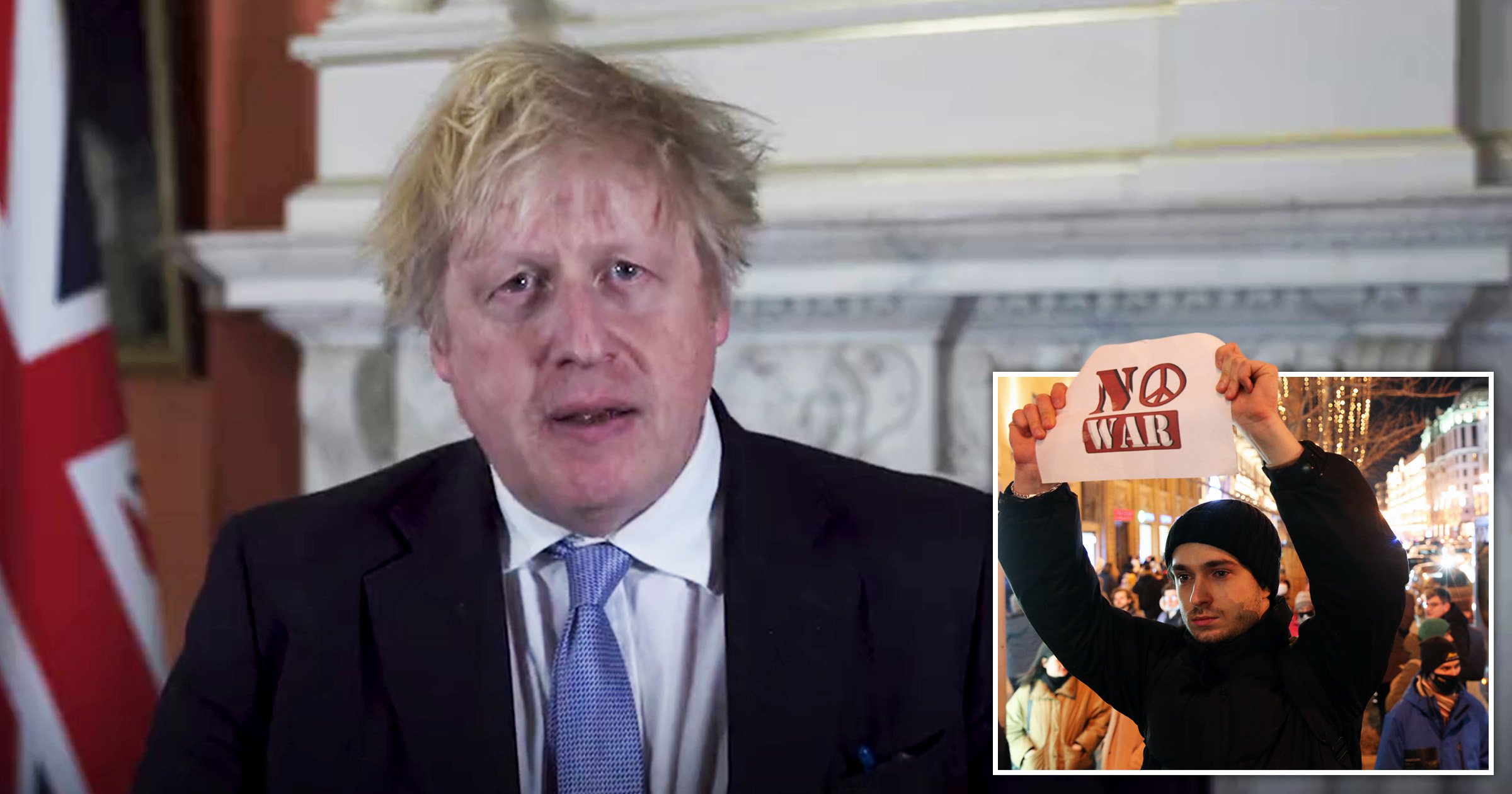 Boris Johnson spoke both Ukrainian and Russian in a video message last night as he called for an end to Vladimir Putin’s invasion.

Fierce fighting has spilled onto the streets of Kyiv, while the capital city continues to be bombarded with missiles, some of which have hit residential buildings.

The UK has imposed a robust set of sanctions over the attack on Ukraine, including freezing the assets of Russian banks.

He warned that President Putin’s regime faced ‘pariah status’ after unleashing a ‘tidal wave of violence’, and now the UK and EU are set to freeze his assets too.

While Johnson has dismissed Russia’s leader as a ‘bloodstained aggressor, he has tried to appeal to the country’s ordinary people in a call for peace.

In a two minute video posted on Twitter, the Prime Minister called the invasion a ‘tragedy for Russia’ as well as Ukraine.

Speaking in Russian, he urged its people to oppose the onslaught, telling them: ‘I do not believe this war is in your name.’

He added: ‘The scenes unfolding in the streets and fields of Ukraine are nothing short of a tragedy.

‘Brave young soldiers and innocent civilians are being cut down, tanks are rumbling through towns and cities, missiles raining indiscriminately from the skies.

‘It’s a generation or more since we witnessed such bloodshed in Europe. We hoped we would never have to see such sights again.

‘The people of the United Kingdom stand with our Ukrainian brothers and sisters in the face of this unjustifiable assault on your homeland.

‘We salute the fierce bravery and patriotism of your government, your military and your people.’

The Prime Minister added that ‘Putin’s actions are leading to complete isolation for Russia’.

Earlier yesterday, the UK announced that it will personally sanction Putin and Russian Foreign Minister Sergei Lavrov imminently over their ‘revanchist mission to overturn the post-Cold War order’.

In a virtual meeting with world leaders, Johnson said ‘immediate action’ must be taken to ban Russia from the SWIFT interbank messaging system used to facilitate payments.