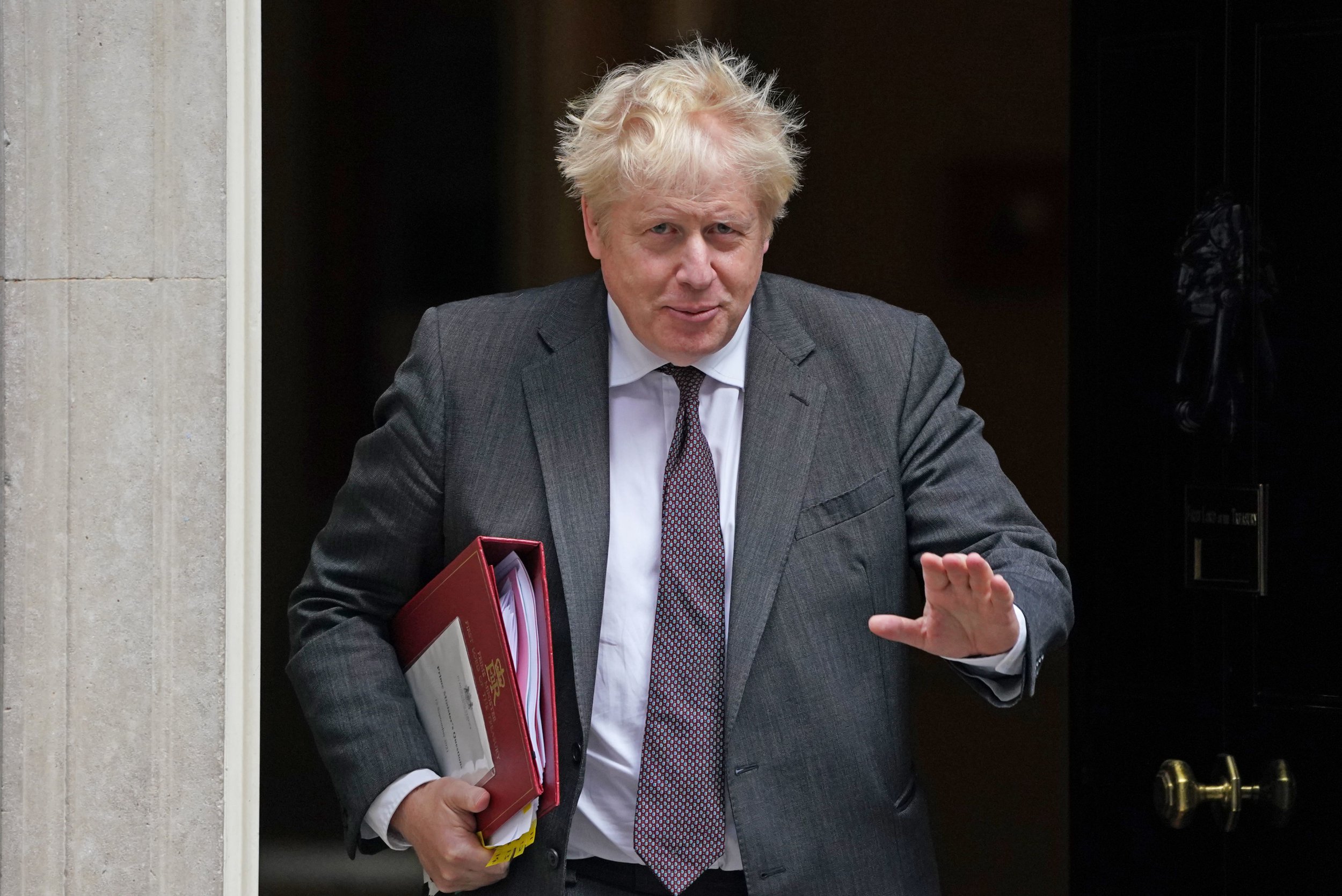 Boris Johnson reportedly had to be barricaded in his office to stop him coming into contact with staff when he was isolating.

Aides in Downing Street are said to have created a ‘puppy gate’ with two chairs at his door to prevent him from roaming around the building.

Officials in Number 10 went to extreme lengths because ‘he kept coming out’ despite having to stay away from other people under his own Covid-19 rules.

The story has come to light following claims Mr Johnson’s own laissez faire attitude to following guidance created a culture of rule-breaking in Downing Street.

Earlier this week, the PM was forced to acknowledge he attended a boozy gathering when the country was in lockdown but insisted he thought it was a ‘work event’.

One witness told The Times that Mr Johnson appeared to have a casual attitude towards the restrictions he was asking the country to follow.

They told the paper: ‘I remember we had to create a ‘cat run’ for him to get down from the flat to his office so he wouldn’t come into contact with people.

‘The idea was we could talk to him through the open door. But he kept on coming out so we put two chairs across the door like some kind of puppy gate.

‘There was a pattern throughout. He just simply did not think about following the rules. They were not for him.’

Since the PM apologised in the Commons for going to a ‘BYOB’ event in the Downing Street garden in May 2020, more allegations have come to light.

In a major embarrassment for the government, Mr Johnson was forced to formally apologise to the Queen after it emerged staff boozed in Downing Street on the eve of Prince Philip’s funeral.

The PM did not attend the event himself, which took place when the country was under strict social mixing restrictions and in a period of national mourning for the monarch’s husband.

According to the Daily Mirror, ‘wine-time Fridays’ were held in Number 10 throughout the pandemic.

Sources told the paper staff were encouraged to ‘let off steam’, despite indoor socialising being banned under lockdown rules, and the gatherings were so popular that staff are said to have invested in a £142 drinks fridge to keep their wine, Prosecco and beer cool.

Whitehall insider Sue Gray is preparing a report into several allegations of gatherings on the government estate during lockdown.

She will reportedly say a ‘drinking culture’ was allowed to develop in ministerial offices but it remains to be seen if she will single out the prime minister for blame.