Vaccine arrives at hospitals across the country

The figure, for England alone, has soared 15 percent in a week. The previous high was 18,974 in April. Yesterday’s figure included 1,641 patients in mechanical ventilator beds with the highest number of all those treated being in London. The new milestone was reached on Sunday. Overall, Britain recorded 41,385 new Covid-19 cases yesterday – the highest daily increase since the pandemic began and the first time the figure has exceeded 40,000.

A further 357 deaths were also announced as doctors warned of mounting pressure.

Dr Yvonne Doyle, medical director at Public Health England, said: “This very high level of infection is of growing concern at a time when our hospitals are at their most vulnerable, with new admissions rising in many regions.

“We have all made huge sacrifices this year but we must all continue to play our part in stopping the spread of the virus which is still replicating fast.”

Sir Jeremy Farrar, director of the Wellcome Trust and a member of the Government’s Sage advisory group, said it was likely the effect of the recently discovered Covid variant was starting to be seen.

He said: “The evidence now for this new variant being more transmissible between people is very clear. I think we’re starting to see that come through into the case loads. 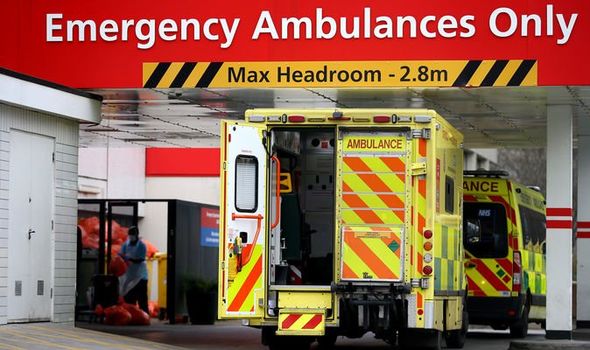 “Of course, when we look at the data it’s always in the rear view. You look at cases which of course got infected a week or so [ago], people coming into hospital perhaps infected two to three weeks ago.

“So I think the next few weeks going into January are going to be extremely difficult across the whole country.”

In a New Year message, NHS chief executive Sir Simon Stevens paid tribute to staff who kept it going during its “toughest year”.

He said: “Let’s face it, this has probably been the toughest year most of us can remember. That is certainly true across the health service where we have been responding to the worst pandemic in a century. Many of us will have lost  family, friends, colleagues and, at a time of year when we would normally be celebrating, a lot of people are understandably feeling anxious, frustrated and tired.

“And now again we are back in the eye of the storm with a second wave of coronavirus sweeping Europe and, indeed, this country.

“But that’s not the whole story of the past year. Sometimes the worst of circumstances bring out the best in people.” In the message, recorded at an NHS vaccination centre, Sir Simon said staff had looked after more than 200,000 severely ill coronavirus patients and praised the “superb work” of neighbours, volunteers and carers who provided additional support.

The NHS boss said advances in medical science had also “quietly” continued, including breakthrough treatments for patients with cystic fibrosis and rare cancers. Sir Simon said more vaccine supplies should come on stream by spring, allowing the NHS to offer every vulnerable person a vaccination. 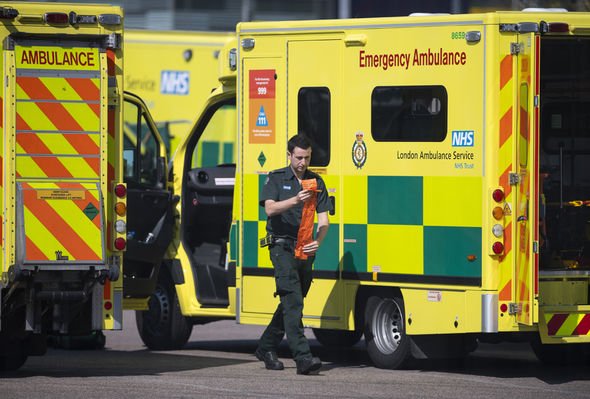 He added: “That, perhaps, provides the biggest chink of hope for the year ahead.

“But that will only be possible thanks once again to the dedication and the commitment of countless NHS staff – our brilliant GPs, pharmacists, nurses and many many others.

“Therefore now is the right time, I believe, on behalf of the whole country to record our enormous debt of gratitude and our huge thanks.” Meanwhile, Boxing Day was described as one of London Ambulance Service’s “busiest ever days”.

The 7,918 calls it received were up on the 5,217 on the same day last year, and medics needed support from other ambulance services in the south.

Dr Katherine Henderson, the president of the Royal College of Emergency Medicine, described her experience of working in a hospital on Christmas Day as one of “wall to wall Covid”. 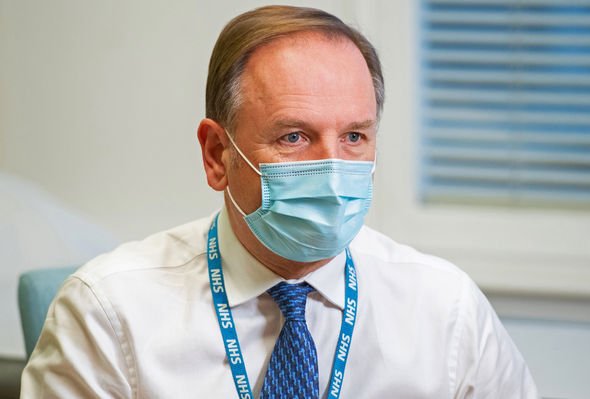 She told the BBC: “We see patients who are coming in who have Covid symptoms and then we have other people coming in with other symptoms who turn out to be Covid positive.

“Between that, there’s a great deal of difficulty getting those patients through into the wards.

“The chances are that we will cope but we cope at a cost – the cost is not doing what we had hoped, which is being able to keep non-Covid activities going.” Saffron Cordery, deputy chief executive of NHS Providers, said of the latest hospital admission figures: “This is obviously a milestone that nobody wanted to reach.”

She added: “We know that the rate of Covid-19 admissions is rising and some trusts are reporting up to three times the number of Covid patients than at the peak of the first wave.

“This means hospitals and also ambulance services in Tier 4 areas and beyond are incredibly busy, compounded by increasing staff absences due to illness and the need to self-isolate.”