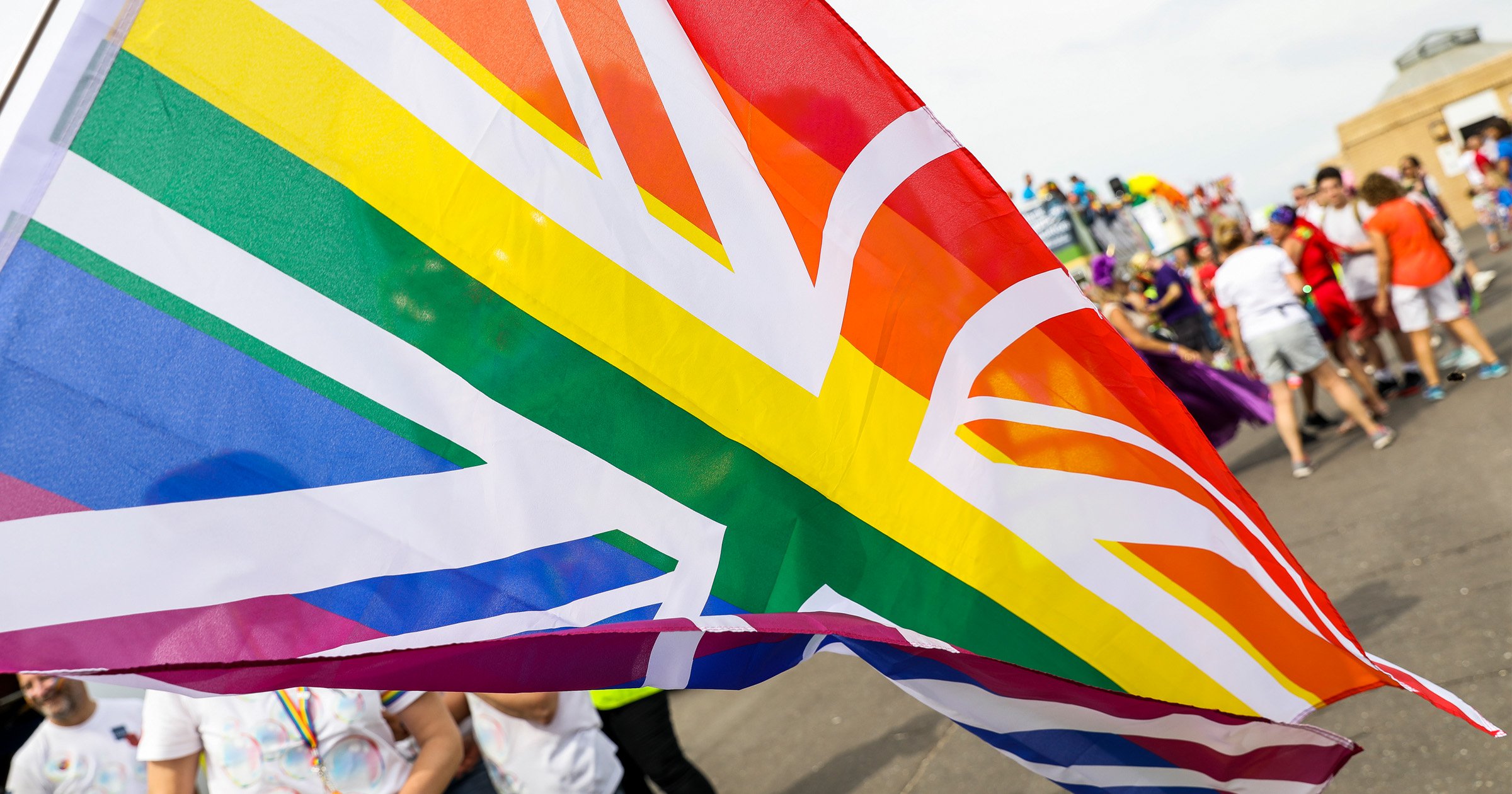 More than 1.5 million people in England and Wales identify as LGB+, according to the first-ever sexuality and gender census.

In total, 3.2% of the population say they are lesbian, gay, bisexual or another sexual identity that is not straight, the Office for National Statistics (ONS) found.

The number of people who are attracted to more than one gender – bisexual and pansexual – is nearly the same as those who are gay or lesbian.

The only difference between the two nations was seen among bisexual people, with 0.1% more people saying they are bi in England (1.3%) than in Wales.

This all matches up with previous ONS statistics that suggested those saying LGB+ best describes who they are shot up from 1.6% in 2014 to 3.1% in 2020.

The ONS also found that 0.06% of respondents are asexual, meaning they experience little to no sexual attraction. While 0.03% said they are queer.

In today’s census results, 7.5% of the population did not answer the question: ‘Which of the following best describes your sexual orientation?’

This is a decrease from previous ONS estimates of 93.6%, with the agency noting that the figure has fallen since the Annual Population Survey began in 2014.

Overall, the census gave a snapshot of a UK where an ever-increasing number of people feel they can be open about who they are.

The census also gave one of the most detailed breakdowns of the number of trans people living in England and Wales.

Respondents were asked by the ONS: ‘Is the gender you identify with the same as your sex registered at birth?’

There are around as many trans men in England and Wales as there are trans women, at 48,000. Nearly 30,000 people said they are non-binary.

More than 45.4 million people (93.5%) said that they are cisgender, meaning their gender is the same as what was presumed at birth.

The remaining 2.9 million people (6%) did not answer the question.

The annual census is a vital tool for policy-makers, being used to know how best to spend national and local pounds and make laws.