Murderer begs youth not to carry knives around with them

In 2019, 2,063 young people were either prosecuted or cautioned after being caught with knives, knuckle-dusters, guns or machetes. This is almost double the 1,083 youths in 2012. Experts fear these figures indicate a failure to intervene early and prevent children from being sucked into a life of crime. The statistics, compiled by the Ministry of Justice, show 194 youngsters under the age of 12 were convicted or cautioned for carrying a weapon in 2019.

And the number of those accused of weapons offences aged 13, 14 and 15 also reached the highest level in a decade.

Patrick Green, of the Ben Kinsella knife-crime trust, told the Daily Express: “What this really shows is that we are clearly not tackling the root causes of knife crime.

“There is a lot of focus on intervening after a crime has been committed. But I don’t think there is enough focus on catching people before they make a mistake.

“Should we not be going one step further back to find these young people who are more likely to make bad choices or are vulnerable to drift into criminality? 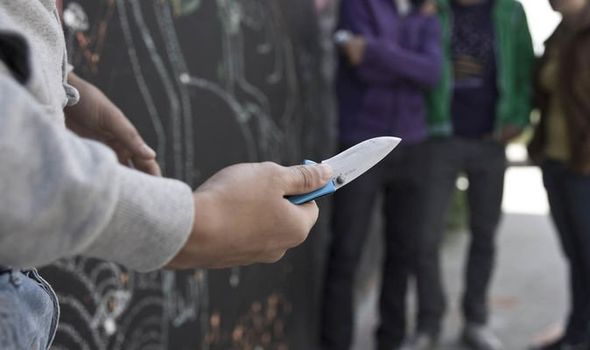 “There is a lot of work done with young people in custody, but to an extent the damage has already been done.”

Parents who fear their children could get involved in knife crime are being asked to contact police themselves.

Northumbria Police’s Assistant Chief Constable Neil Hutchison said children as young as eight can be identified and given help.

“We want to try and identify early if there is an issue. We want people to know the risks around weapons. Parents in particular.” 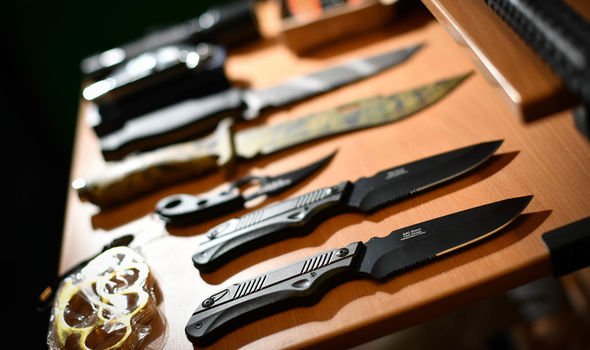 “We want to ensure young people don’t get drawn into these kind of behaviours where knives get used and people get hurt or killed.”

Police and prosecutors agree that children under 16 caught with a knife for the first time should be cautioned. They will then have to see social workers.

If the child is arrested for a second time with a weapon, they should be charged, according to Crown Prosecution Service guidance.

It adds: “The offence of threatening a person in public or on school premises will result in a youth aged 16 or over going straight to charge, as this offence carries a minimum sentence of a four-month detention and training order.”