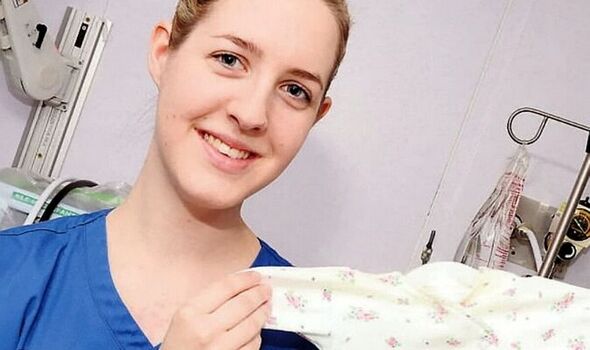 A nurse accused of murdering babies told a colleague an element of fate played a part in the deaths, a court has heard. Lucy Letby, 32, worked at the Countess of Chester Hospital neonatal unit. Jurors heard she sent WhatsApp messages to another nurse in June 2015 after a shift durng which a baby, referred to as Child D, died.

She described the unexpected death, the third on the unit in two weeks, as “another shock for us all” and said she felt “numb”. But she added it was “part of the job” and she would “keep ploughing on”.

When her colleague described their job as the “shi**est” but also the “best”, Ms Letby responded: “Absolutely, on a day to day basis it is an incredible job with so many positives.

“But then sometimes I think how is it such sick babies get through and others die so suddenly and unexpectedly. Guess it’s how it is meant to be.”

She added: “I think there is an element of fate involved. There is a reason for everything.”

She messaged another friend, Minna Lappalainen, and said: “Work has been awful. We have had three unexpected deaths, transfer out, few sick ones, unit full. What I’ve seen has really hit me tonight.”

When her friend suggested she should talk to a counsellor, Ms Letby said: “I just don’t think I can. I can’t talk about it now. I can’t stop crying. I just need to get it out of my system.”

Ms Lappalainen suggested she might need some time off work, to which Ms Letby replied: “Work is always my priority. I won’t let it affect it. I just haven’t let myself cry over it until now. Once I’ve let it out my head will be clear.”

The mother of Child D described Ms Letby as “hovering around” them the evening before her death.

She told the court: “As we got in the room she was sort of hovering around (Child D), but not doing much. She had a clipboard or something to take notes on and she sort of was looking at the machine but I didn’t really clearly understand what she was doing.

“I asked if everything was OK and she said ‘yes, she’s fine’. That was the first time in 24 hours I could see (Child D). She could have just left us to it and she just stuck around.

“She was just watching, looking over us. I asked (my husband), ‘Can you tell her to go away and just give us some privacy?'”

Ben Myers KC, defending, asked if it was possible the nurse she had seen was someone other than Ms Letby to which the mother replied: “I don’t think so.”

The court heard in the early hours of the following morning, the parents, who were staying in another part of the hospital, were woken by a nurse who was in a panic, telling them their baby was unwell. The mother said she and her husband rushed down to the unit and saw a doctor resuscitating Child D, with Ms Letby holding a phone to his ear.

She said the doctor was then told to stop resuscitation and “let her go” by a colleague.

Jurors heard the mother’s waters had broken, but she was not given a Caesarean section until two days later after attempts to induce labour. The mother said she had been concerned about getting an infection, but was not given antibiotics.

She added when Child D was delivered she looked “lifeless” and following the operation the mother was worried because the baby seemed to be limp, struggling to breathe and not an even colour.

She told the court: “There was a split second when she sort of opened her eyes a little bit and looked at me. That’s the one picture I have got of her… and then no response.”

She said medical staff initially told her not to worry and that Child D was OK but when she appealed to have her checked again, the baby was taken to intensive care on the neonatal unit. She said doctors told her Child D was “up and down”, but they were happy with her progress once she was treated on the unit.

Jurors heard the day before Child D died, a doctor said she was doing well and promised her mother she would be able to give her baby a “cuddle” and feed her the following day.

In a statement, Child D’s father said she was on the neonatal ward for 36 hours and had equipment to help her breathe. He added: “I was never given the impression that (Child D’s) condition was life-threatening and it didn’t even cross my mind that she was in danger of dying. When she died, we just were not prepared for it.”

Ms Letby, who is originally from Hereford, denies the murders of seven babies and the attempted murders of 10 others at the Countess of Chester Hospital between June 2015 and June 2016.