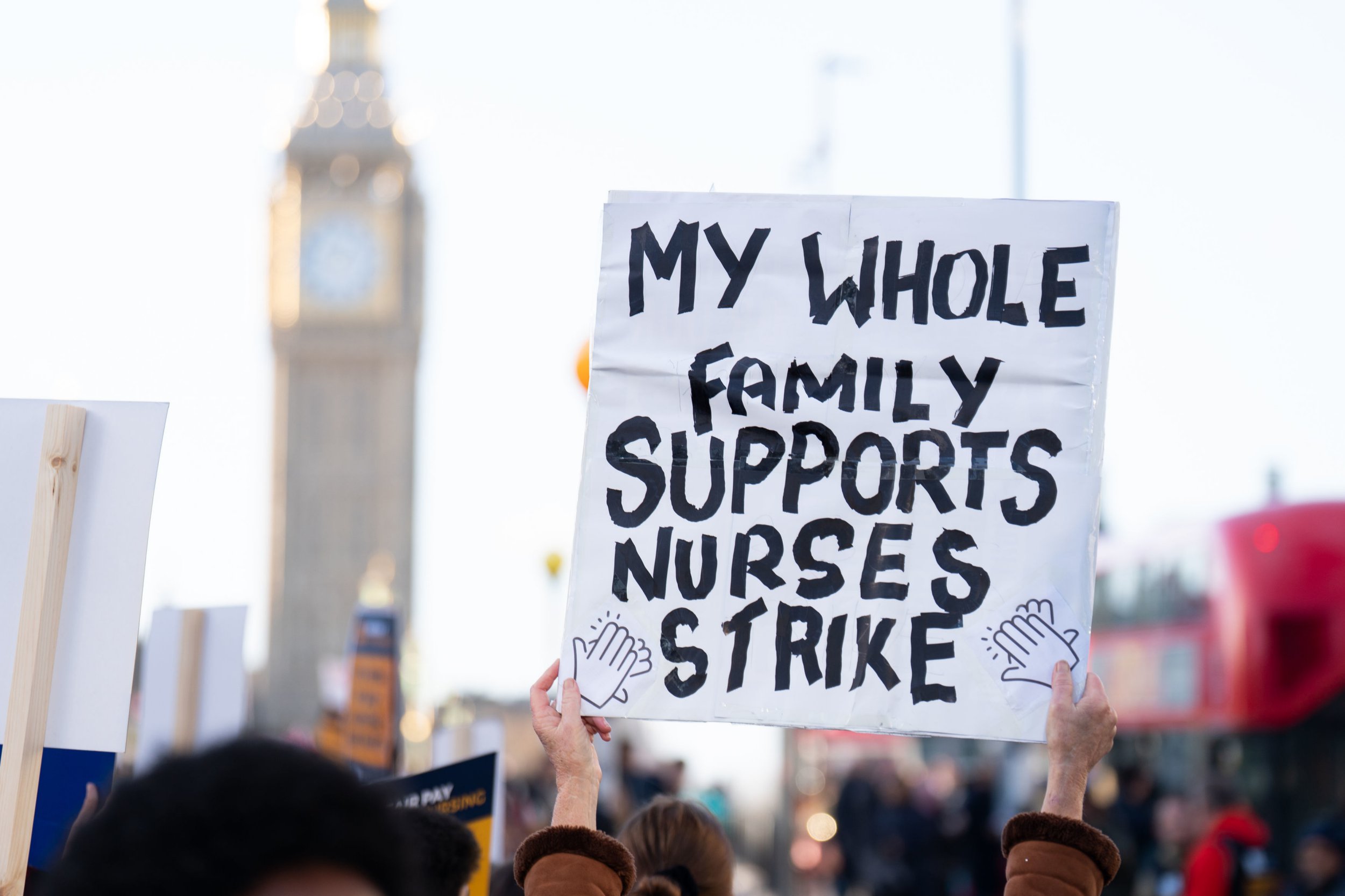 Nurses have announced two more strike dates next month as a row with the government over pay shows no sign of reaching a resolution.

The Royal College of Nursing (RCN) said nurses will strike on February 6 and 7, with more NHS trusts taking part than ever before.

Nurses at 55 NHS trusts in England are already scheduled to walk out on Wednesday and Thursday this week, but the February action will grow bigger and cover 73 trusts.

Some 12 health boards and organisations in Wales will also take part in the two consecutive days of strikes.

In December, thousands of nurses at trusts across England and Wales took part in two strike days, leading to the cancellation of thousands of hospital appointments and operations.

The union said it has repeatedly urged ministers to open talks on NHS pay and discuss the pay award for the current financial year, 2022/23.

RCN chief executive Pat Cullen said of the latest strike announcement: ‘It is with a heavy heart that nursing staff are striking this week and again in three weeks. Rather than negotiate, Prime Minister Rishi Sunak has chosen strike action again.

‘We are doing this in a desperate bid to get him and ministers to rescue the NHS.

‘The only credible solution is to address the tens of thousands of unfilled jobs – patient care is suffering like never before.

‘My olive branch to the Government – asking them to meet me halfway and begin negotiations – is still there. They should grab it.’

The RCN has been calling for a pay rise at 5% above inflation, though it has said it will accept a lower offer.

Inflation was running at 7.5% when it submitted the 5% figure to the independent pay review body in March.

But it has since soared, with RPI standing at 14.2% in September.

The decision to strike on February 6 is designed to coincide with the 10th anniversary of the Robert Francis inquiry into Mid Staffordshire NHS Foundation Trust, which highlighted the impact of nurse shortages on patient care and excess deaths.

The inquiry uncovered the neglect of hundreds of patients at Stafford Hospital between 2005 and 2009.

There were accounts of some elderly people being left lying in their own urine, unable to eat, drink or take essential medication.

In a letter to Health Secretary Steve Barclay last week, Mr Francis and the Patient Association’s chief executive, Rachel Power, described the current stress on the NHS and excess death levels as ‘Mid Staffs playing out on a national level, if not worse’.

During the strike action, the health service will most likely run a bank holiday-style service in many areas.

Some areas of mental health and learning disability and autism services are also exempt, while trusts will be told they can request staffing for specific clinical needs.