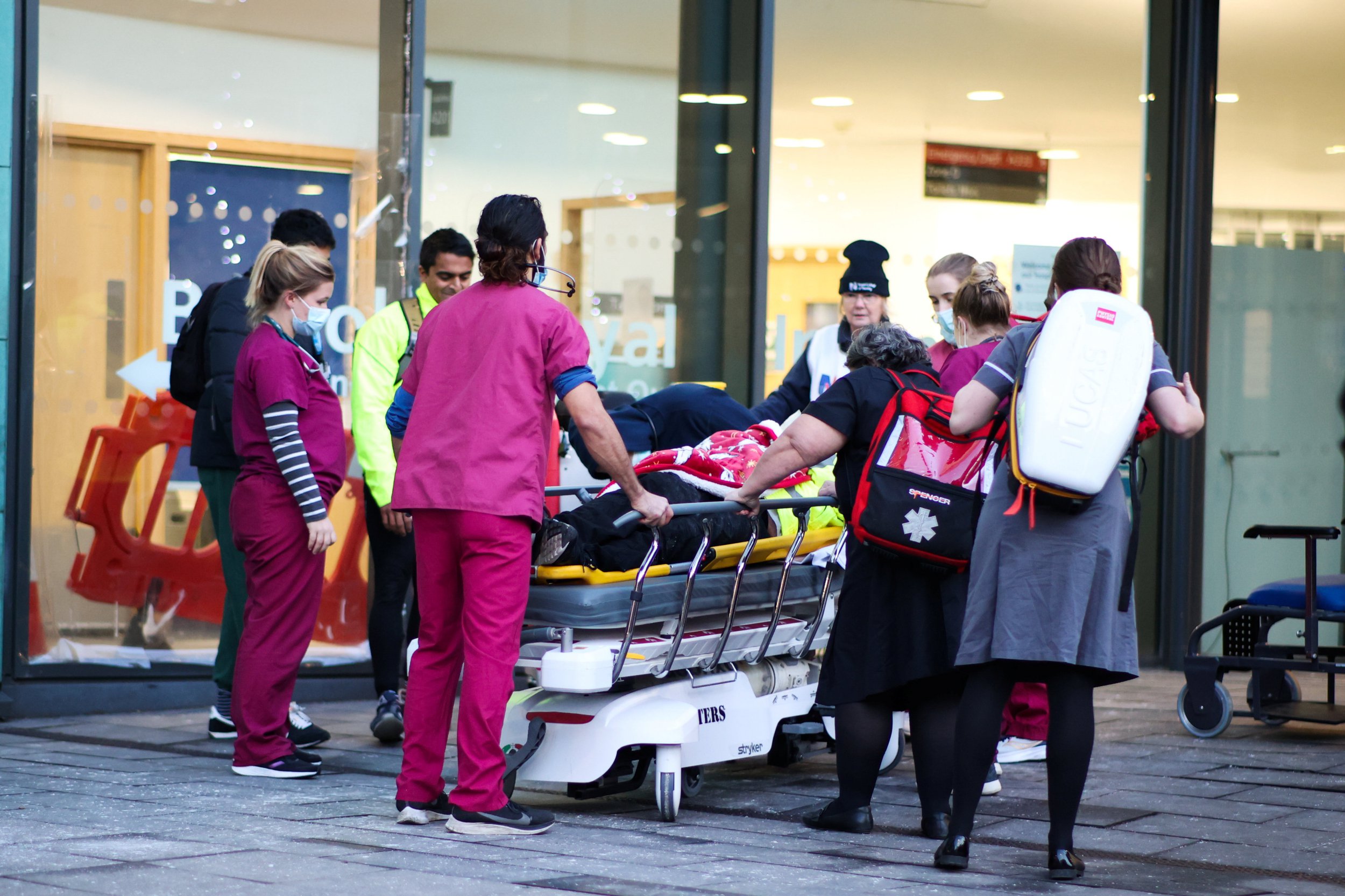 Instinct kicked in as striking nurses crossed their own picket line to treat a man who collapsed in front of them in sub-zero temperatures.

At least two strikers – wearing official tabards – dashed over when he collapsed outside the doors of Bristol Royal Infirmary.

They put down their placards to put him in the recovery position and give first aid until helping put him on a stretcher to be wheeled inside ten minutes later. They were among thousands of Royal College of Nursing members who walked out at 44 NHS trusts in their first nationwide strike.

Ministers insist they must accept a 4.5 per cent pay offer. The RCN wants inflation plus five per cent. Up to 70,000

Appointments and procedures had to be postponed as staffing fell to Christmas Day levels on wards across England, Wales, and Northern Ireland.

‘Staffing in the NHS is the most valuable asset it has. If you don’t protect that asset… there won’t be any nurses.’

England’s chief nursing officer Dame Ruth May joined a picket line to ‘thank all nurses’, 24 hours after telling the RCN health leaders felt ‘let down’ by the strike and another planned on Tuesday.

Health secretary Steve Barclay thanked nurses who worked yesterday but insisted they must accept the 4.5 per cent average suggested by the government’s NHS Pay Review Body.

‘We recognise pressure on the NHS from the pandemic,’ he added. ‘That’s why we committed an extra £6.6billion to the NHS to really target those waiting for operations and get those lists down.’

But he is facing growing pressure from his own MPs to upgrade the offer, which was made in February when inflation – now 10.7 per cent – was 6.2 per cent.

‘There is no exit strategy for the government and the RCN,’ said Steve Brine, Conservative chair of the Commons health committee. ‘The way out is to go back and ask them to look again.’

Dr Dan Poulter, a Tory MP and former NHS hospital doctor, said: ‘In normal times, it is right for the government to follow advice of the pay review bodies. But these are not normal times.’

Downing Street said there were no plans to review the offer again. But Jerry Cope, the body’s former chief, suggested: ‘If everyone’s looking for a reasonable way out, say to the review body, “Let’s do your next report very quickly and take account of any new evidence you might have received.”’

A YouGov poll yesterday suggested support for the strike had risen to 64 per cent, with 28 per cent opposing it.

‘Today will be a turning point in the campaign as ministers find themselves under fresh pressure from their own MPs, NHS leaders and a former chair of the pay review body,’ she said.

‘Nurses aren’t being greedy – they’re asking for 20 per cent taken out of their pay over the last decade to be put back.’

Text the word VIEWS followed by your comment, name and where you live to 65700. Standard network charges apply.