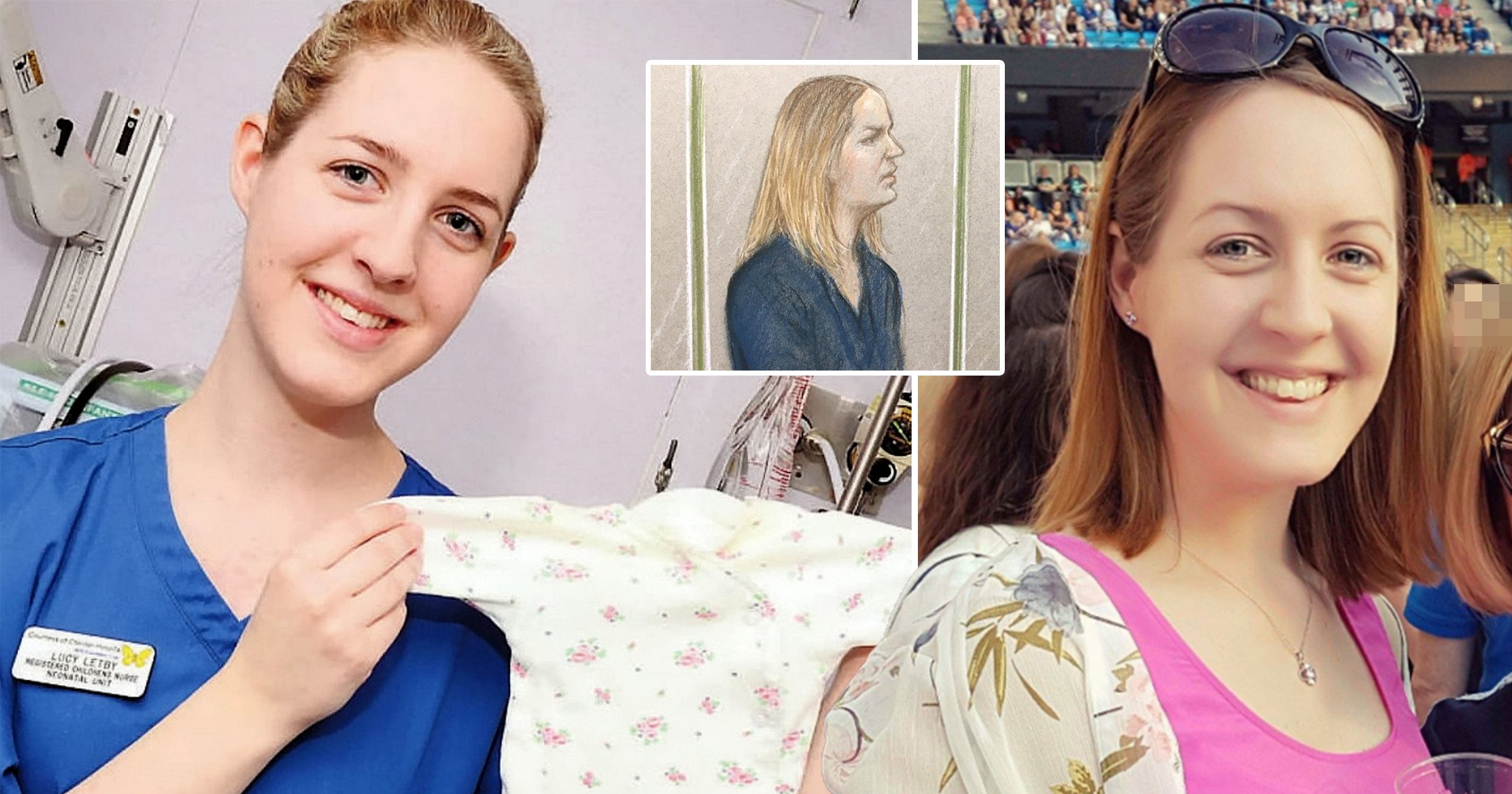 An alleged killer nurse ‘refined’ her murder method before killing a five-year-old baby by injecting air into his stomach, a court has heard.

Lucy Letby, 32, is accused of a year-long spree targeting premature and sick newborns at the Countess of Chester Hospital in Cheshire between 2015 and 2016.

Just days later she is accused of attacking his twin sister, child B, while working at the neo-natal unit at the Countess of Chester Hospital.

Child C died because the air injected into his stomach made him unable to breath and he suffered a cardiac arrest, the court heard.

Nick Johnson KC, told the jury on the second day of the prosecution at Manchester Crown Court.

The boy had been born prematurely at 30 weeks on June 10, 2015, weighing only 800 grams, but despite going into intensive care was in good condition.

Five days later, on the night shift of June 14, Letby was supposed to be looking after another, more poorly baby, in another room.

But she was the only person in the room when Child C suddenly and unexpectedly collapsed.

Prosecutor Mr Johnson said: ‘Again, taking a step back, you can now see there was a pattern emerging.

‘Lucy Letby was the only person working on the night shift when child C died who had also been working on either of the shifts when child A died and his twin sister child B collapsed.

‘What we are going to see, as we progress, is that Lucy Letby’s method of attacking the babies in the neo-natal unit was beginning to develop.

‘She had injected air into the bloodstream of the first twins, child A and B, and varied this approach by injecting air into child C’s stomach via the nasogastric tube.’

The jury was shown a diagram to explain how inflating a baby’s stomach with air or excess milk can ‘stop a baby breathing’.

‘If you are trying to murder a child in a neonatal unit it’s a fairly effective way of doing it – it doesn’t really leave much of a trace.’

Letby was interviewed in 2018 and denied she had had anything to do with Child C ‘other than during the resuscitation’.

At the time, the consultant pathologist gave the cause of death as ‘widespread hypoxic/ischaemic damage to the heart/myocardium due to lung disease.’

Child C’s vocal cords were ‘swollen’ – something the prosuection say is a recurring feature in this case.

A second doctor said ‘although Child C had pneumonia at the time of his death, she believed that was not the cause of death’.

She said Child C’s collapse was concerning and had no clear cause.

Her view was ‘the only feasible mechanism’ for the excessive air in the gut at the time of his collapse was the deliberate introduction of air via the nasal gastric tube.

‘This was a variation – or refinement – of a theme Lucy Letby had started with Children A and B,’ says Mr Johnson.

She is said to have poisoned two of her victims with dangerous doses of insulin days after they were born.

The methods allegedly used in other cases are expected to be detailed later in the trial.

Concerns were first raised when the number of deaths at the hospital’s ‘closely restricted’ neonatal ward suddenly doubled in a year.

A criminal investigation was launched after a slew of independent investigations failed to find an explanation.

Doctors eventually ‘noticed that the inexplicable collapses and deaths did have one common denominator’, prosecutors told the court: ‘The presence of one of the neo-natal nurses.

‘And that nurse was Lucy Letby.’

The 17 alleged victims, who cannot be named in the media for legal reasons, will be referred to as Babies A to Q.

He continued: ‘Not only that, when babies seriously collapsed they did not respond to appropriate and timely resuscitation.

‘Their collapse and recovery defied the normal experience of treating doctors.’