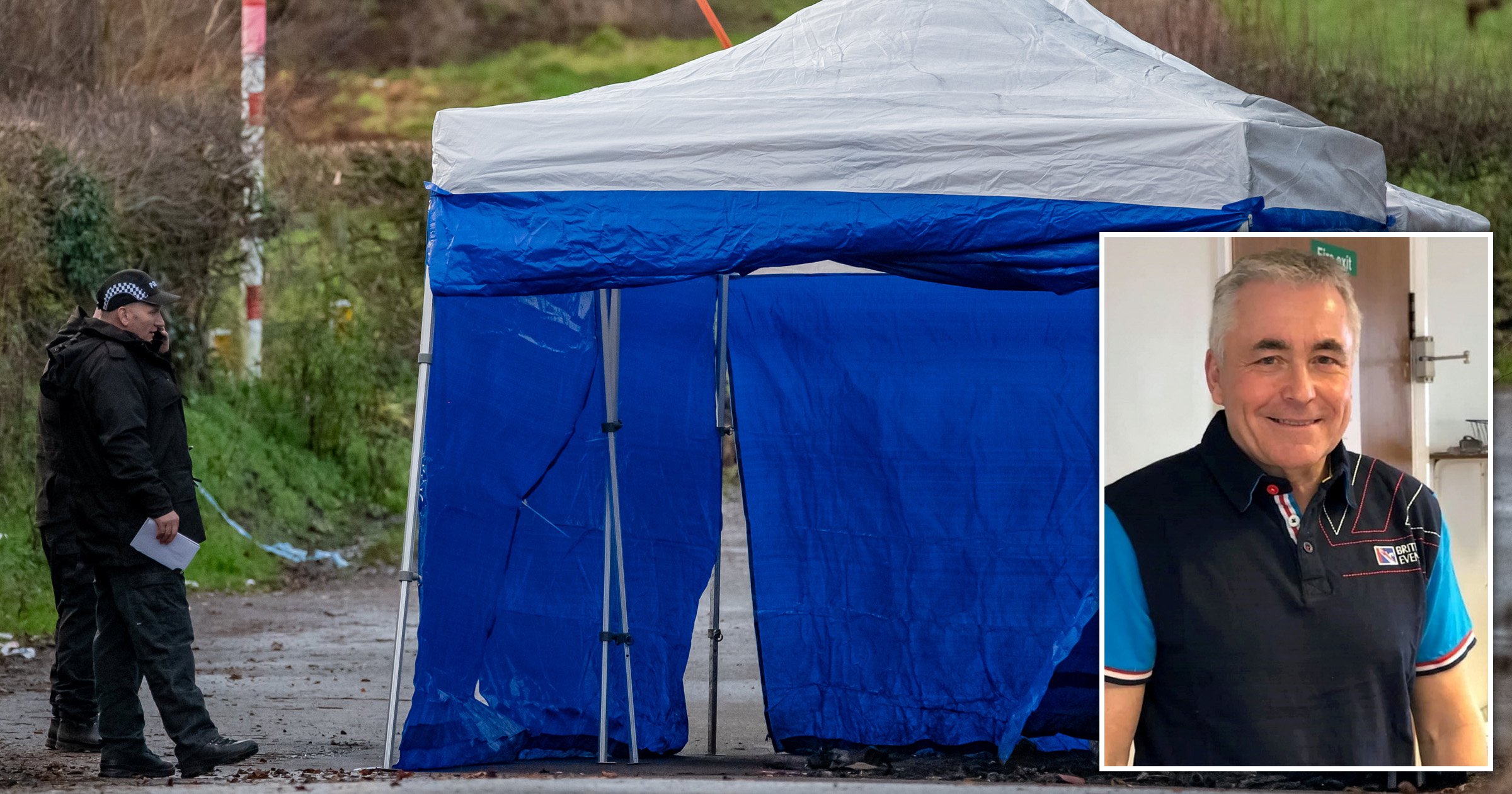 An ‘obsessive’ scorned lover is accused of murdering a rival and trying to make it look like suicide.

Mark Chilman, 52, allegedly killed his ex’s new partner Neil Parkinson, whose body was found in the wreckage of a burned out BMW in December 2020.

Prosecutors allege the defendant made ‘plans to kill Mr Parkinson, to make it appear he had committed suicide’ in order to ‘engineer a reconciliation with the woman he could not bear to see rejecting him’.

When asked if he was responsible for the death by police during an interview, Mr Chilman insisted it was a suicide but added ‘whatever, he’s out the way now’, Worcester Crown Court heard.

He denies any wrongdoing and maintains that he met with the 66-year-old, got into his car and then witnessed him taking his own life in a lay-by near the village of Cotheridge.

The court was told by the prosecution last week that the defendant’s long-term partner, mother-of-three Juliet Adcock, had ‘ended a long and – for her part – often unhappy relationship with Mr Chilman.’

Mr Heywood told jurors: ‘Rather than accept the reality, Mr Chilman continued to find pretexts to continue to have contact with her but he was also obsessively concerned with what she was doing.’

The prosecution alleges he let himself into Ms Adcock’s rural home and ‘helped himself’ to cash, left a noose inside on another occasion and was also seen ‘waiting in a lay-by near the house’, where he claimed to have been looking for ‘better phone reception’.

Mr Heywood said he once left a message in lipstick on a mirror reading: ‘I am sorry. Love forever, my darling. Sorry. Love Mark.’

Jurors were told Mr Chilman attached a tracking device to his ex’s car and took a sweater from her wardrobe, which he doused in her perfume and ‘cuddled every night before he went to sleep’.

Under cross-examination on Tuesday, Mr Chilman did not respond when asked by the Crown’s prosecutor Mark Heywood QC: ‘You didn’t care if he was alive or dead, did you?’

The QC later insisted the defendant was ‘glad he was gone’ but Chilman told jurors ‘no, I was not’.

Asked about the ‘callous’ comments he made during the police interview, Chilman told the court: ‘I was totally fed up by this time, I was tired, I’d been locked up over three days for something I haven’t done and I didn’t understand and just said anything.

The QC added: ‘Earlier, on your account, you said you’d watched [Mr Parkinson] burn himself to death and you dismissed it as “his choice”.

Mr Chilman replied: ‘I just thought it was what police wanted to hear, I just wanted to get out.’

On the night of the alleged murder, Mr Parkinson had dinner with Ms Adcock at her farm before heading home, where he looked after his mother, who was suffering from dementia.

After he left, Ms Adcock got a text, purporting to be from Mr Parkinson and allegedly confessing to be a womaniser – but later analysis showed the message came from a phone purchased by Chilman.

Chilman has alleged he purchased the phone with Mr Parkinson’s knowledge, as part of the man’s bid to end his own life.

After the fire, forensics experts found marks on Ms Adcock’s farm gate that were drips of blood matching the DNA profile of Mr Parkinson, who was later also found to have suffered a heavy blow to the back of his head.

Chilman, of Pencombe, Bromyard, Herefordshire, denies any wrongdoing and the trial continues.