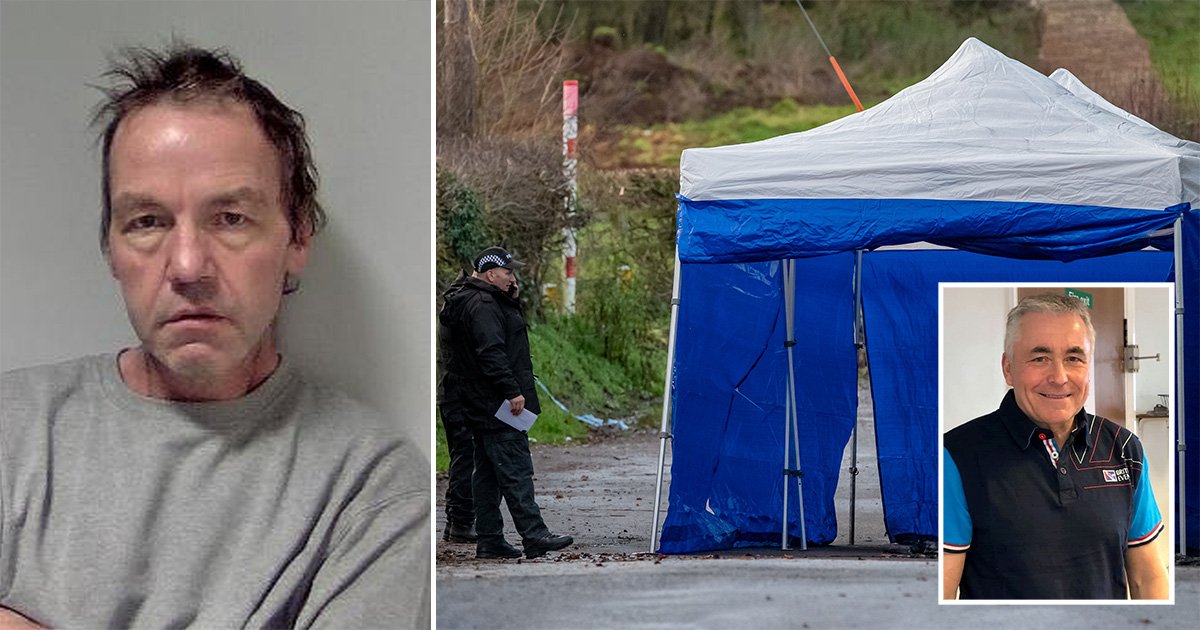 A heartbroken man who killed his ex’s new partner and tried to make it look like suicide has been found guilty of murder.

Mark Chilman, 52, murdered Neil Parkinson, 66, and left his body in a car and set it alight.

He hoped police would think Mr Parkinson had taken his own life on December 12 last year.

But the scorned lover was found guilty of the ‘senseless act’ at Worcester Crown Court on Thursday, and will be sentenced on Monday.

Mr Parkinson had been for dinner at his girlfriend’s house on the night he was killed.

He was returning home to care for his elderly mum in the village of Cotheridge, in Worcestershire, when he met his tragic fate.

Chilman put Mr Parkinson’s body in the driver’s seat of his BMW and set the car on fire.

Neighbours called the fire department and the police, who soon became suspicious about the death.

When they brought Chilman in for questioning, he said: ‘Whatever, he’s out of the way now.’

In court he tried to convince the jury he had said it because he was tired of being held by police and ‘thought it was what they wanted to hear’. But the jury did not buy it.

Eventually, it came out Chilman had become obsessed with his ex, mum-of-three Juliet Adcock, who ‘ended a long and – for her part – often unhappy relationship with Mr Chilman’ in June 2020.

The prosecution said: ‘Rather than accept the reality, Mr Chilman continued to find pretexts to continue to have contact with her but he was also obsessively concerned with what she was doing.’

‘Chilman committed a senseless act that ended Neil’s life prematurely, and he will be sentenced on Monday.

‘Neil Parkinson’s family have understandably been left devastated, Neil was simply leaving his partner’s home to return home to take care of his elderly mother when he was tragically killed in a senseless attack and my thoughts and condolences remain with them.’