The millions of votes counted across Scotland on Saturday could be among the most consequential in recent times, and not because of their impact on things like health, education and fisheries. The greatest issue facing the country, and the one that was really at stake, was nowhere to be found on the ballot, and that is the future of its 314-year-old union with England.

While the last votes were still being counted on Saturday in the parliamentary elections, it appeared virtually certain that the pro-independence Scottish National Party would fall short of the majority it had hoped would create an irresistible momentum for a new referendum on breaking away from the United Kingdom. But it will retain power in Edinburgh, probably with the support of the Scottish Greens, guaranteeing that the issue will continue to dominate Scottish politics, as it has in recent years.

A lot. A second independence plebiscite, following one in 2014, could lead to the fracturing of the United Kingdom. Were Scotland to become independent, Britain would lose eight percent of its population, a third of its landmass and significant amounts of international prestige.

Some say the loss of Scotland would be the biggest blow to a British prime minister since Lord North lost the colonies in America in the 18th century. Understandably, the current prime minister, Boris Johnson, is no fan of the idea.

Hold on, Scotland had an independence referendum only a few years ago? What changed?

In the 2014 referendum, Scots rejected independence by a decisive margin, 55 percent to 45 percent. That was supposed to resolve the issue for a generation but two years later came the Brexit vote, and that radically altered the landscape.

While England voted to leave the European Union, 62 percent of Scottish voters wanted to stay. With only about a tenth the population of England, Scotland was badly outnumbered and its preference was simply ignored. Resentments over that have helped revive the push for what is widely known as “indyref2.” 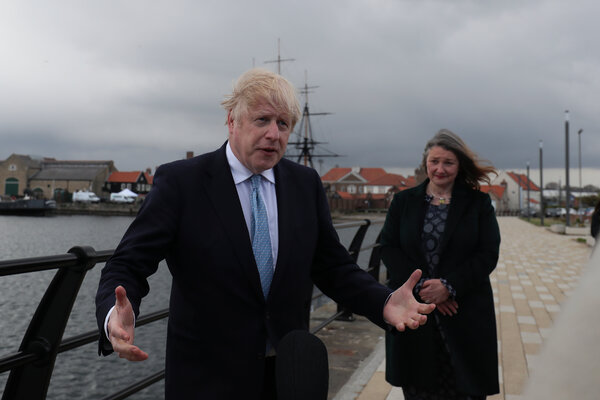 Then there is the person of Mr. Johnson. Already widely disliked in Scotland, he did nothing to endear himself by steadfastly championing a hard-line version of Brexit, finally “getting it done,” as he liked to say, when 2021 rolled in.

The resultant disruption to exporters, and particularly to Scotland’s important fish and shellfish industries, which relied heavily on friction-free trade with the European Union, has further angered Scots.

So who wants independence?

The main proponent is the Scottish National Party led by Nicola Sturgeon, Scotland’s first minister. Her party has led the Scottish government for 14 years and she has earned praise for her steady handling of the coronavirus pandemic, particularly compared with the early performance of Mr. Johnson.

There are smaller parties that want another vote, too, like the Greens, who are close to the S.N.P. Another pro-independence party, Alba, is led by Alex Salmond, who is not an ally of Ms. Sturgeon — at least not any more. A former first minister himself, Mr. Salmond was once Ms. Sturgeon’s mentor, but the two have recently been embroiled in a bitter feud, and his election campaign fell flat.

Why are Scottish parliamentary elections so important for independence?

Re-established in 1999, Scotland’s Parliament was designed to quiet calls for Scottish independence, but it hasn’t worked out like that. The pro-independence S.N.P. has become the dominant force and, in 2011, won a rare overall majority in a Parliament where the voting system is designed to avoid any one party’s domination. After that result, the Conservative Prime Minister David Cameron reluctantly agreed to the 2014 independence referendum.

Ms. Sturgeon had been hoping that a thumping victory for the pro-independence parties in these elections would give her the moral authority to demand another plebiscite. They fell short, but Ms. Sturgeon will keep up pressure for a referendum claiming that, combined with the vote for the Greens, she has a mandate.

What are the results showing?

They show a divided Scotland, split down the middle over independence. That is in line with the findings of opinion polls that last year showed a majority favoring independence only to fall back slightly in recent months. The Scottish Conservatives, the opposition Labour Party and the Liberal Democrats all oppose independence.

So dominant is the issue that some anti-independence voters seem to have switched allegiance from their normal parties to support the one most likely to defeat the S.N.P. in their area. Ms. Sturgeon is on course to remain first minister, which is an impressive achievement, but with her path to an overall majority likely cut off, her moral case for a second referendum has been weakened.

For a second independence referendum to be legal it would almost certainly need the agreement of London, and Mr. Johnson has repeatedly said no. That’s a big problem for Ms. Sturgeon, because she wants the result of any second referendum to be accepted internationally and for Scotland to be allowed to return to the European Union.

Far from it. Even if she has to rely on the Greens, Ms. Sturgeon is likely to have enough votes to push legislation for “indyref2” through the Scottish Parliament and then challenge Mr. Johnson or his allies to stop it in court.

That could cause a constitutional crisis. After all, Scotland’s union with England in 1707 was voluntary, making it hard for London to say no forever to another referendum. And Ms. Sturgeon may calculate that support for independence will only grow if Scots see the popular will being blocked by a government in England.