Royal biographer’s long-awaited tell-all biography on Meghan Markle and Prince Harry’s life in Montecito, California and the origin of their relationship is making waves, as it reveals scoops and never-heard-before facts about the Sussexes. When asked whether he knows about the social media army protecting the Duchess of Sussex, Mr Bower told GB News: “I’m on social media, so I had the pleasure of reading their vitriol. Of course, she does. Meghan is a person who owns the narrative, that being part of the problem. I mean, she came to London to be part of the royal family. She couldn’t understand what she was and most importantly, she wasn’t in control of everything. And that’s why of course, she had fractious relationships with so many people. So, I’m convinced she has a very talented staff, they’re hard-working. They know how important the brand market is. And they will be keeping in touch with what is being said.

“And with everything that’s being said, because however much people pay attention to my book, there are many people, I’m told, that love the book and the book is now number one best-seller.

“So, that can’t be of much pleasure to Meghan. So, I think she is very much in control of what is being said and she’s utterly passionate about her image.

“I mean, that is the thing that matters. She’s a creature of Hollywood. She knows that celebrity images are what earns them money.

“That’s what she must protect,” Tim Bower said. 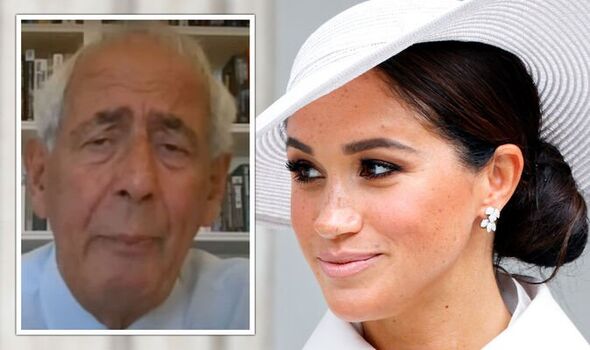 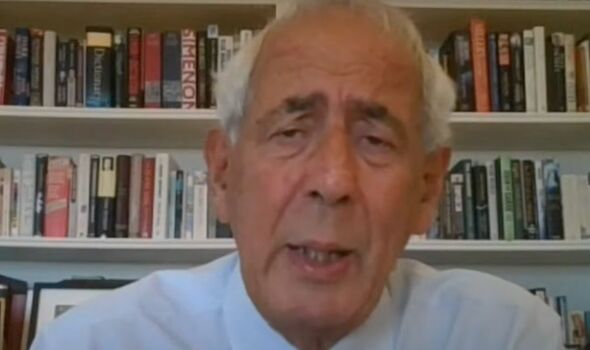 The much-respect biographer – also former BBC journalist and television producer – details the most deeply-held secrets of the Duke and Duchess of Sussex hold in a bomshell book entitled: “Revenge: Meghan, Harry and the War Between the Windsors”.

In his long-term investigation, Tom Bower disentangles the intricate web surrounding the Sussexes and the Royal Family like he has previously done in other unauthorised biographies such as Richard Branson’s, Prince Charles’ and Boris Johnson’s.

The couple has refused to take part in the book but friends and enemies have exposed the flaws and qualities of the couple to Tim Bower.

As Mr Bower suggests, Meghan Markle is very much in control of her image and tries to keep some aspects of her private life secret. 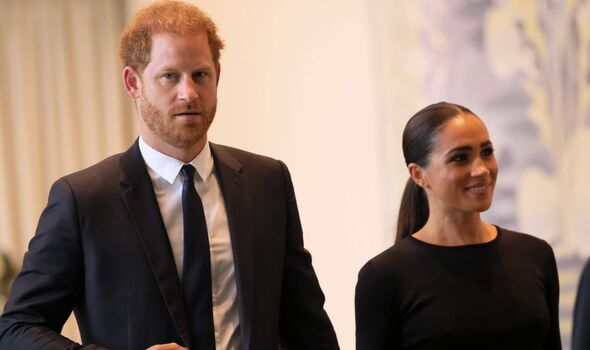 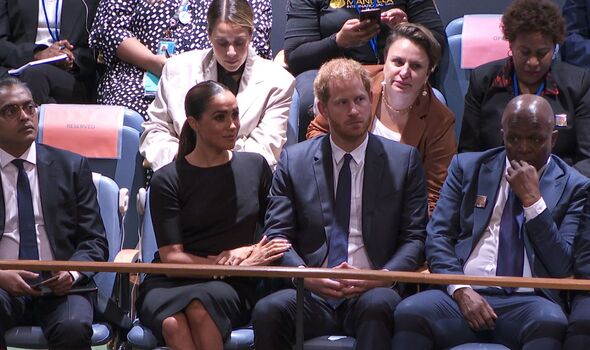 Royal correspondent Rob Shuter went as far as saying that the Duchess of Sussex is more involved with her public image than Queen Elizabeth II herself.

“In fact, I would argue, a source tells me, that she’s more involved in these decisions than anybody else in the family, including the Queen,” Shuter told iHeartRadio.

“While other members of the Royal Family, they’re happy to let their PR people make all these decisions, Meghan is not. She’s very involved.”

“There is no detail of her carefully crafted public image that is too small, including deciding whether the pictures she posts on her Instagram are in [sic] color or black and white. That’s how involved she is,” he added.

DON’T MISS:
Meghan Markle and Prince Harry’s home ‘targeted by intruders’ [ANALYSIS]
Harry and Meghan ‘on course to cause as much trouble as possible’  [INSIGHT]
Royal POLL: Should Meghan and Harry take up Queen’s Balmoral invite? [POLL] 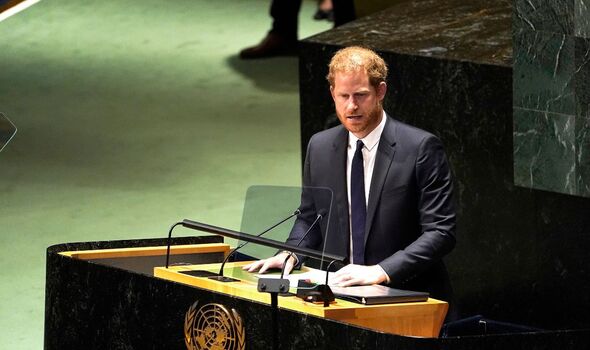 Another instance when Meghan Markle proved her need to control her image and that of Prince Harry’s is the gesture she made towards Prince Harry at the UN General Assembly.

Body language expert Jesus Enrique Rosas analysed in a YouTube video how Meghan did a reassuring gesture to calm Prince Harry ahead of his keynote speech.

“Meghan goes and grabs his hand, and you can confirm that Harry was still smiling at that moment”, Mr Rosas said.

In her defence, Twitter user Sarah, said: “Meghan Markle knows how to act like a true ally. The Duchess of Sussex has been unapologetically walking the walk.

Fellow Twitter user Factsand2cents Podcast hailed the Duchess in a tweet, saying: “I have so much respect for Meghan for being her authentic self and not backing down or changing for anyone.”