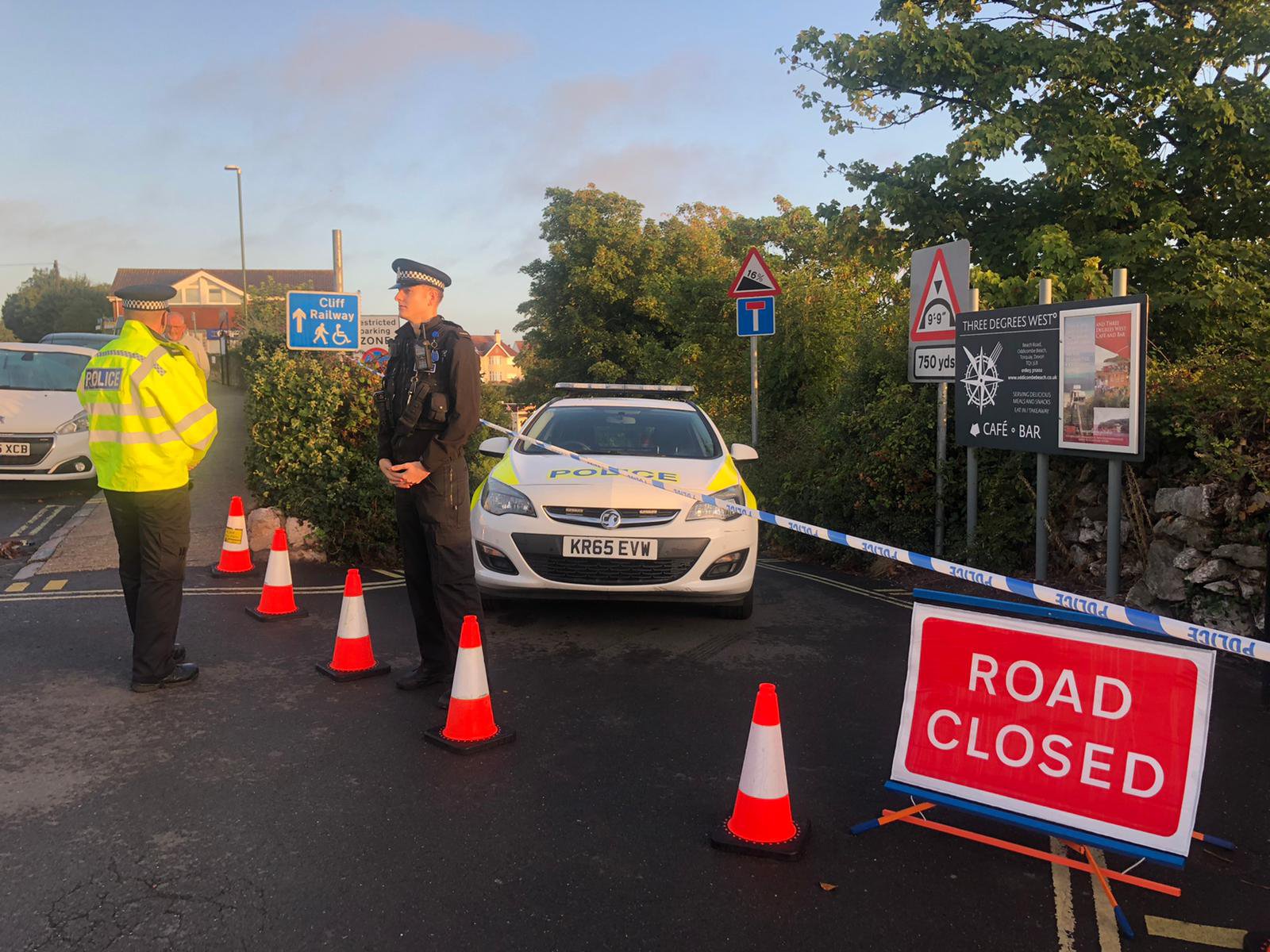 A person has died following an ‘industrial incident’ at a clifftop railway popular with tourists.

Emergency services remain at the scene at Babbacombe Cliff Railway in Torquay.

Little information is currently known about the victim, who sustained serious injuries and was pronounced dead at the scene.

The incident happened shortly after 10am yesterday and Oddicombe beach beneath it, and the road leading to it, remain closed.

Ambulance crews were first to arrive and they contacted police.

The person’s next of kin has also been notified.

The matter has been referred to the Health and Safety Executive, which is assisting Devon and Cornwall Police with its enquiries.

The beach and road are expected to stay shut for the remainder of today.

The railway, which was opened in 1926, travels 700ft up and down a cliff from Babbacombe Downs to Oddicombe beach.

Two cars operate on the funicular railway, each with a capacity of 40 passengers.

Funicular means the two carts are connected to each other as counterbalances, meaning as one ascends, the other descends at an equal speed.

They carts move at a speed of 8.2 ft per second (2.5 metres per second), and at the end of the working day a bell is sounded at the lower station, informing passengers of when the last lift is about to leave.

During its heyday in the 1930s up to 192,000 people regularly used the railway, although it was forced to close during World War II.