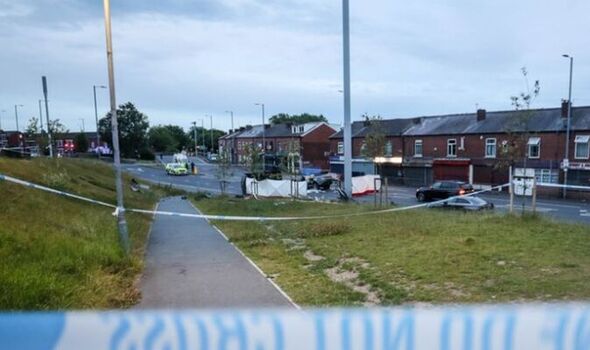 The A57 Hyde Road in Gorton is currently shut in both directions.

According to an unconfirmed eyewitness report, a Range Rover crashed into a 5G mast on the route.

Witnesses also report that the crash has left one person dead, and two injured.

Emergency services are currently on the scene, and closed part of the road off.

The closure is in effect between Chapman Street and Reddish Lane.

It is understood the route was shut after 3am this morning (Tuesday).

Transport for Greater Manchester has urged travellers to use alternative routes. The road is expected to be closed for some time.

A Greater Manchester Police spokesperson said: “We were called shortly before 2.50am to a report of a serious collision involving a car and a lamppost on Hyde Road, Manchester.

“Details can be passed anonymously to the independent charity Crimestoppers on 0800 555 111.”

An eyewitness who saw of the aftermath of the crash told the M.E.N there is a large emergency service presence on the scene, with several police cars,  a fire engine and a fire service vehicle also on site.

They said: “It looked like Range Rover went into the 5G mast at the side of the road.

“I’ve never seen anything like it. I hope everyone’s ok”.

Manchester-based press photographer Ashley Stocks said on Twitter reported: “The crash has left one dead and two others injured according to witnesses.

“At least two people were propelled from the vehicle.