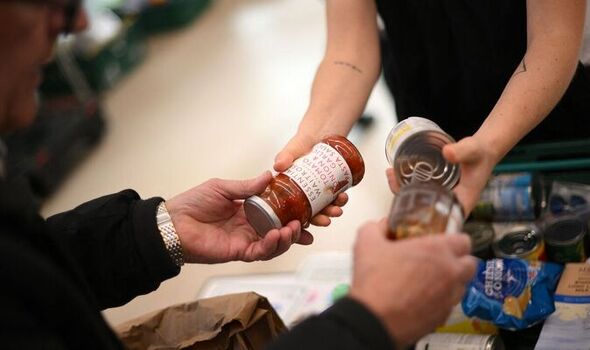 While three-quarters of Britons (76 percent) are confident they have the money they need for food, a third of the public (34 percent) say they are less sure they can afford to feed their families than they were this time last year, including 11 percent who are “much” less confident than they were 12 months ago. Some 17 percent say they are not confident they can afford to feed their families, according to the survey of 1,717 adults between October 7 and 9.

Just half of 18 to 24-year-olds (55 percent) say they are confident they can afford the food they need, compared to between 72 percent and 89 percent of older age groups.

While 87 percent of Britons say they have never had to turn to a foodbank, more than a fifth of the public (22 percent) believe they are now more likely to need one than they were a year ago.

Of the 9 percent of people who say they have used a foodbank at some point in their life, 60 percent visited within the last year, including 15 percent within the last week.

One in seven Britons (14 percent) have had to borrow money in order to afford their regular food bills in the past year, the same poll indicates.

There is also a significant generation gap around foodbank use, with one in seven (14 percent) of 18 to 24-year-olds saying they have used one compared with just 3 percent of over-65s.

The survey comes days after the British Retail Consortium recorded that food inflation leapt to a record 11.6 percent last month, while the Office for National Statistics said food and drink were 14.5 percent higher year-on-year.