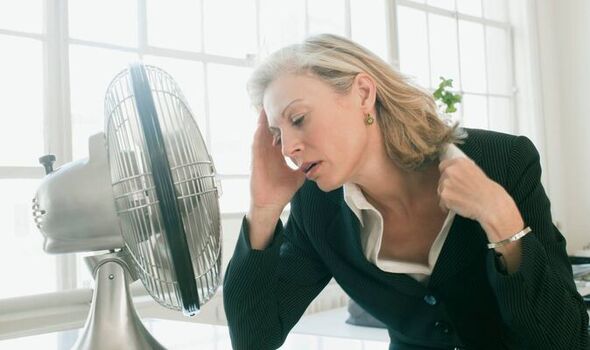 She said menopausal women can be “perceived as unprofessional or weak” while battling symptoms like hot flushes, brain fog and anxiety. Cynthia, chief executive of Diversifying Group, called for employers to stop the talent drain which could cost Britain’s economy about £5 billion.

“It’s an unacceptable – and avoidable – figure,” she said.

“Employers have got much better in recent years at issues around things like ethnicity and disability.”

“But the menopause is probably the biggest single area which still needs to be addressed.”

Cynthia, who based her analysis on months of interviews with female workers, added: “Physical symptoms like hot flushes, brain fog, increased anxiety and sleeplessness can be isolating.”

“If your colleagues and employer are not understanding of your experience, you can be perceived as unprofessional or weak.”

“I know of cases where wearing looser clothes and having shorter hair to deal with hot flushes was viewed negatively by employers.”

The diversity and inclusion expert found only 42 percent of interviewees had policies in place to address the menopause.

Only 32 percent of women felt confident enough to talk about the menopause and 36 percent said the felt discriminated against because of their symptoms.

Cynthia, who is aged 45 and experiencing the menopause herself, added: “All of this is fuelling the decision to move jobs or stop working altogether.”

She labelled the trend the “single biggest unaddressed issue for British industry” and claimed the £5,000 cost per absent worker adds up to £5billion.

The award-winning entrepreneur wants more companies to bring in measures which raise awareness of the menopause and offer guidance and support.

Last year, Metro Bank introduced Women on Work, which advises staff to spot and empathise with symptoms and brought in initiatives like menopause champions and menopause cafe.

Judith Lowe, chair of Metro Bank’s Women on Work network, said: “In some cases, women feel unable to do their jobs or are overwhelmed by having to cope with work and their menopausal symptoms.

“That results in some women giving up the jobs they have worked their whole career for; that shouldn’t be the only option.”