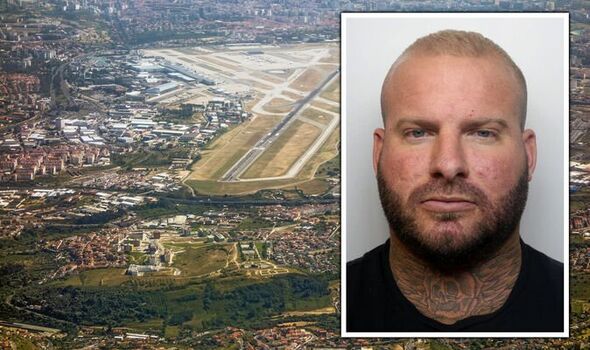 Alleged drugs trafficker and money launderer Alex Male was held as he got off a flight from the Turkish capital Istanbul on Saturday night. Male, from Weston-super-Mare, Somerset, was named as one of the UK’s most wanted fugitives by the National Crime Agency in January. NCA International Liaison Officer Phil Robinson said: “Male naively believed he could travel across ­international borders using fraudulent documentation and remain ­undetected by law enforcement.

“But he underestimated the ­vigilance and expertise of the Turkish border police, which enabled the Portuguese authorities to act.

“Any arrest of a fugitive is a ­fantastic result, even more so since Male had only recently been added to our most wanted list.

“He is wanted in connection with dangerous crimes, which have a ­devastating impact on communities.

“We work with our international partners to close the net around ­fugitives, no matter where they are.”

The Portuguese immigration service said: “After collecting the biometric data and databases, a positive alert was raised about an individual in the Interpol database.

“It was also ­discovered an international arrest warrant was pending.” Detectives alleged Male was ­suspected of using an encrypted ­communications platform to distribute drugs.

He skipped bail in December 2020 and reportedly fled to Spain, allegedly to avoid British justice.

The NCA said earlier this year: “He is alleged to be a regional distributor of drugs across the south-west of England, buying and selling drugs and managing other distributors who operated under his instruction using the EncroChat encrypted ­communications network.

“He is accused of conspiracy to ­supply cocaine and ketamine, money laundering and conspiracy to acquire a firearm.” It was thought Male was lying low in the upmarket Costa del Sol resort of Marbella.

The six-foot suspect was due to appear in court in Lisbon yesterday for a behind-closed-doors extradition ­hearing where he was set to be asked if he consents to being flown back
to Britain.

Detective Inspector Adrian Hawkins, from the South West Regional Organised Crime Unit, said: “The arrest of Alex Male brings an end to a long period of investigation in the UK and across Europe.

“Male will now be returned to the criminal justice system in the UK to face the charges he ran away from.

“This is an example of international law enforcement working together to ensure justice can be done and ­demonstrating there is nowhere safe to hide.”