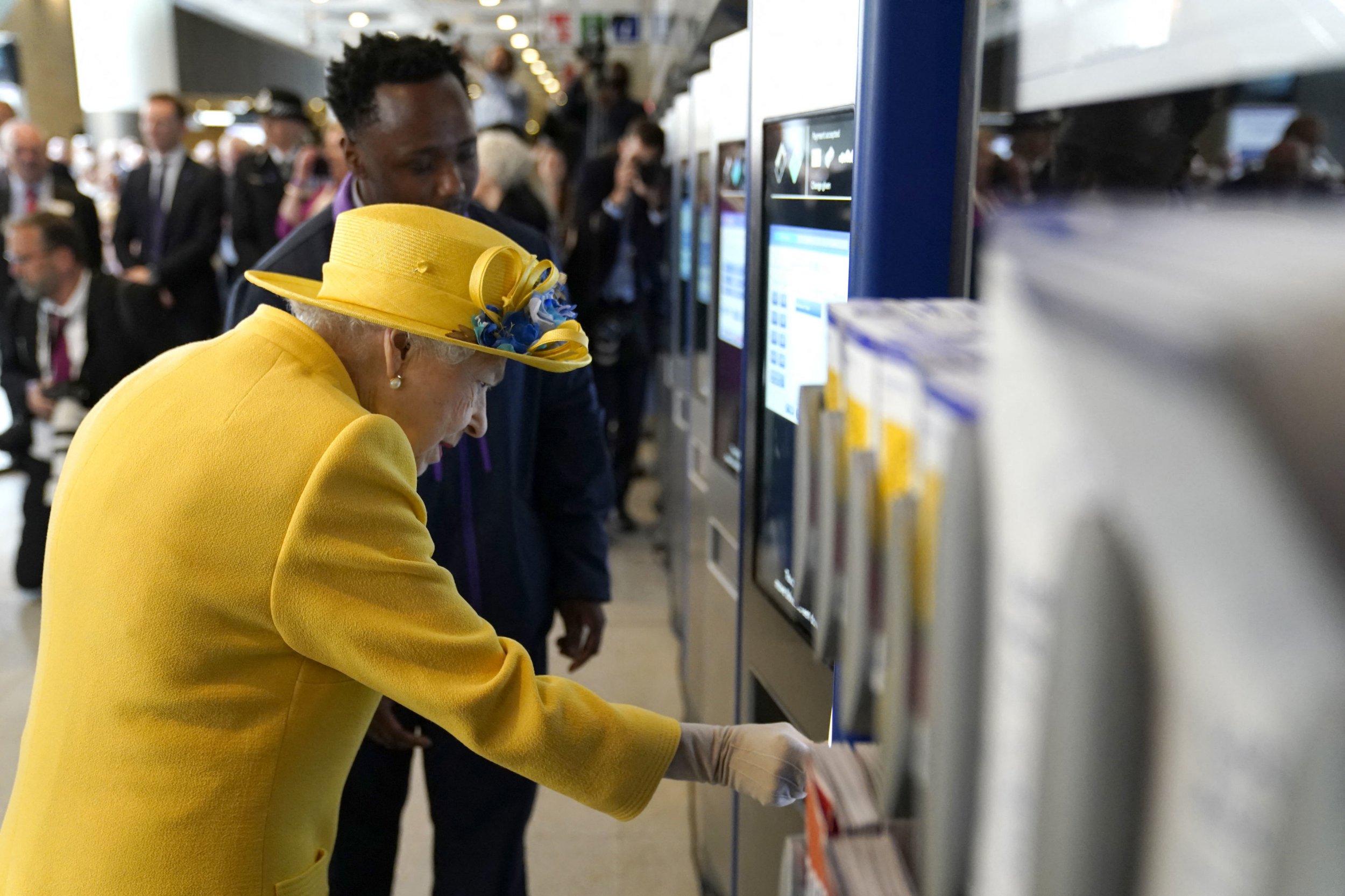 The Queen does not know how to use an Oyster card, it’s been revealed, as Her Majesty visited the new Elizabeth line ahead of its launch next week.

During an unannounced visit to Paddington today, the Queen was presented with a pay-as-you-go Oyster card of her own by customer experience assistant Kofi Duah.

He said he was ‘thrilled’ to show the monarch how to top up her limited edition Elizabeth line card on a machine, despite the Queen choosing not to add any more credit to the card beyond the pre-loaded £5.

Mr Duah told PA: ‘I gave her an Oyster card and told her she can tap it on the yellow reader. I showed her the current balance and how to top up the Oyster.

‘I said, “You can use it across our line, so from Paddington to Abbey Wood.’”

The Transport for London (TfL) employee added the Queen replied with ‘oh nice, splendid’ when he told her about how the card could be used.

Her Majesty’s surprise arrival at Paddington was her first public engagement since she attended the funeral of her husband, Prince Philip, at Westminster Abbey seven weeks ago.

Prince Charles had to step in for his mum to read the Queen’s Speech in parliament last week as the Queen pulled out due to ‘episodic mobility problems’.

Describing today’s appearance as a ‘happy development’, a Buckingham Palace spokeswoman said: ‘Her Majesty the Queen is attending today’s event to mark the completion of the Elizabeth line.

‘Her Majesty was aware of the engagement and the organisers were informed of the possibility she may attend.’

Attending with her youngest son Edward, the Earl of Essex, the 96-year-old officially opened the new railway named in her honour ahead of its opening to passengers.

The Queen’s visit comes just weeks ahead of Platinum Jubilee celebrations as Her Majesty marks 70 years on the throne.

The Crossrail project was due to be completed in December 2018 with a budget of £14.8billion, but will now launch on May 24 with an estimated total cost of £18.9billion.

Construction difficulties and issues with installing signalling systems are among the numerous issues which been cited as the cause of the delays and extra costs.

The Elizabeth line will stretch from Reading and Heathrow Airport to Essex and Abbey Wood in south-east London.

Trains will begin operating in three sections before they are expected to integrate in the autumn.