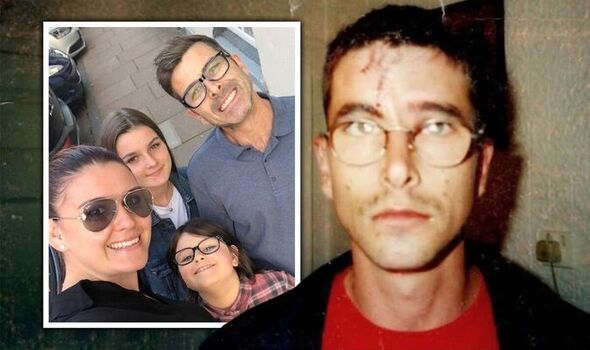 Around one in every 11 people took an illegal drug in the last year, according to the latest available data. Some would put the figure higher and the Office for National Statistics (ONS) believes that one in five young adults under 24 use drugs at least once a year.

This is hardly surprising to George Charlton, a drug awareness campaigner and educator who recalls the “fantastic times” he had dabbling in his teenage years before he became “tormented” by addiction.

A born and bred Geordie, George, 49, described his drug of choice as “anything” he could get hold of as he reflected on his addiction journey to Express.co.uk from his home in the North East. Two decades ago, he mused, he was just leaving a secure psychiatric unit in South Tyneside “with stitches in my wrist after an attempt on my own life, again, and life had been very painful for well over a decade”.

The fun of recreational drug use died for him by his late teenage years, when he was using drugs every day in the hope the substances would fill the void of low self-esteem and “silence that voice in my mind that told me I wasn’t worth anything, that I was a complete failure”.

But although he struggled to accept his drug use had turned dependent, “there was no way you could deny that there was a problem”.

George recounted how he would often wind up unconscious, in trouble with the police and even hurting himself with razor blades.

He said: “Then you’re starting to become known as the person who is the drug user. Not just the drug user, but the scum of the Earth.

“By the time I was 25 years old, that’s how I was being viewed. People weren’t laughing with me anymore. They were laughing at me.

During this time, George undertook a brief stint in the military aged 19, before he was caught in possession of cannabis during his training.

He was sent to the military penal facility in Colchester for a few years before being ejected from the Army in his early twenties.

People detached from him as the years went on, he remembered, worried for themselves as he continued to spiral downwards – apart from his parents.

But the path through his 20s was marked with debilitating dependence, desperation and several spells in both rehabilitation centres and psychiatric facilities.

Youth support charity The Mix estimated in September this year that one in five users turning to drugs to cope with life’s problems. The charity added they had seen a 75 percent increase in the last year alone of young people searching for escape in substances.

But George had a “defining moment” – one he jokingly likened to the highs of snorting cocaine – which was the opportunity to feel a sense of accomplishment, and to pursue the education he had missed out on in his younger years.

On his way out of residential rehabilitation, he was riddled with anxiety about what the outside world would hold when he was released.

A “stripped” and “vulnerable” man, his progress in recovery did not take away his feeling of fear of how the world outside the protective walls of the facility would treat him.

In an effort to help his reintegration into wider society, he enrolled on a counselling course for his remaining few months – one that he laughed that “everyone passes” by default.

But being handed his completion certificate, “it lit me up”, he said with clear emotion.

“I got covered in goosebumps. It was the first thing in my life that I’ve ever started and finished; I’d started loads of stuff and never finished any of it.”

The “elation” sparked by a sense of achievement was the first time he felt “good enough”, he said, and a crucial part of his recovery was triggered through that moment.

“Education became my solution. It became the thing which absolutely helped me to find my place in the world.”

That ceremony was the first of many for George, who climbed through further counselling qualifications before ultimately securing a master’s degree from Durham University.

Gaining an innate sense of self-worth, and nurturing that key belief in both active addiction and recovery, is a cornerstone of George’s many projects.

A vocal advocate of easy access to naloxone, which can quickly reverse the effects of a lethal opiate overdose, he has pushed for compassion to be far more prominent than it has been in society’s dim view of dependent drug users.

Compassion is important, he stresses, as trauma is so often behind addiction, pointing to the increasing bank of evidence to support this.

Now, George works up and down the country to push for investment in drug treatment services, peer-to-peer training to get life-saving drugs to those who need them most, and make everyone understand that “you can’t recover if you’re dead”.