In Sunday evening’s bombshell interview with Oprah Winfrey, the Duchess of Sussex said there had been “conversations” with Prince Harry about their unborn son and what colour his skin would be. Meghan added that the conversation developed into a query about “what that would mean”. However, Meghan and Harry have refused to reveal who made the remarks.

In light of this, Labour MP for Nottingham East, Nadia Whittome, tweeted: “When Meghan Markle was accused of bullying, Buckingham Palace immediately announced an investigation.

“Now that Meghan has revealed comments about her child’s skin colour, will they investigate racism in the Palace?

“I won’t be holding my breath.”

Speaking to Oprah Winfrey during the CBS interview, Meghan said: “All the grandeur around this stuff is not really important to me. 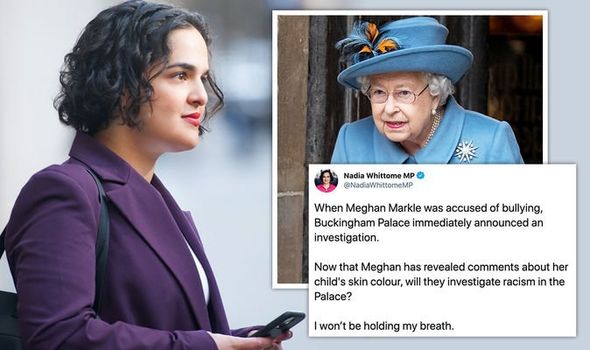 “But in those months when I was pregnant, all-around the same time, we have in tandem he won’t be given security.

“He won’t be given a title and also concerns and conversations about how dark his skin might be when he’s born.”

“There is a conversation… 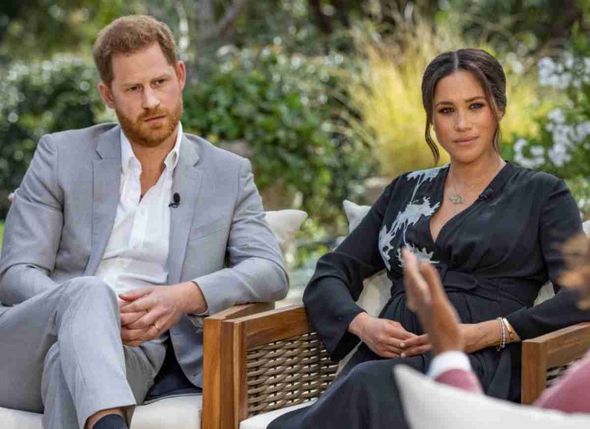 “There’s a conversation with you?”

Then Meghan replied, that the conversation was “with Harry”.

Buckingham Palace is facing calls to investigate any racism allegations following the claims. 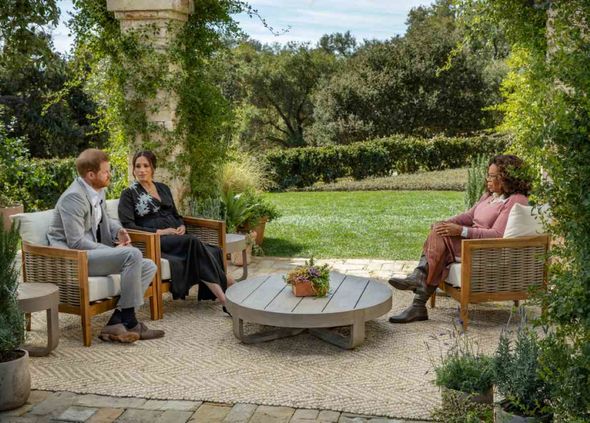 Shadow education secretary Kate Green said the claims made by the Duchess of Sussex in the interview with Oprah Winfrey were “really distressing, shocking”.

Speaking to Sky News: “And if there are allegations of racism then I would expect them to be treated by the Palace with the utmost seriousness, and fully investigated.”

Also, after Meghan made the claims, the Government’s children’s minister, Vicky Ford, told BBC Breakfast that there is “no place for racism in our society”.

Oprah Winfrey told CBS This Morning that it was not the Queen or the Duke of Edinburgh who made the alleged racist comment – according to a conversation she said she had with Prince Harry.

She said: “He did not share the identity with me but he wanted to make sure I knew, and if I had an opportunity to share it, that it was not his grandmother or grandfather that were part of those conversations.

“He did not tell me who was a part of those conversations.”

Oprah With Meghan and Harry is on ITV at 9pm on Monday, March 8. You can watch the full interview afterwards on the ITV hub.

A Russian oligarch could lose £5billion of his fortune after judges decided his ex-wife can have her case heard in an English court. Natalia Potanina,…

Royal wedding: Prince Harry and Meghan Markle speak in chapel When you subscribe we will use the information you provide to send you these newsletters.…