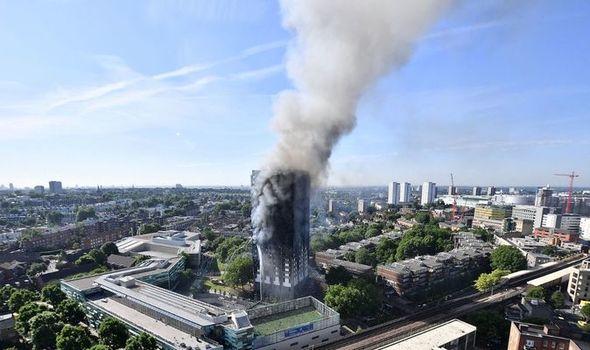 Investigations into the 2017 disaster, which killed 72 residents of the London tower block, are continuing. Now analysis of accounts and records shows Kingspan, Arconic, Rydon and Saint-Gobain executives have kept banking millions in salaries, bonuses, shares and dividends.

Dublin-based Kingspan CEO Gene Murtagh has received nearly £15million in pay and perks since 2017, or £32million including sales of shares – while the firm has posted profits of nearly £1.2billion in that period.

Last year, Kingspan’s former technical director told the Grenfell inquiry it was “common knowledge” at the firm that the fire certificate for the insulation product used on the tower made it seem more fire-resistant than it was. The firm has since called the exterior cladding, which it did not provide, the “primary cause” of the inferno.

The Times found that since the fire, the four construction giants have collectively posted profits of £4.9billion – and among them is US industrial conglomerate Arconic. It has paid its three different chief executives at least £17million since 2017. The inquiry was told last year that Arconic knew in 2011 that its cladding panels were “not suitable for use on façades” and performed worse in fire tests than declared on safety certificates.

Arconic told the inquiry that blaming them is “wrong and unfair”.

Pierre-André de Chalendar, CEO of Saint-Gobain, the French parent company of Celotex which supplied thermal insulation panels, has reportedly earned £14.7million since the blaze. The inquiry heard evidence Celotex had been “dishonest” by “overengineering” a fire safety test.

Celotex has pointed out that it does not design or install cladding systems.

Sussex-based Robert Bond, thought to be the highest-paid boss of Rydon, the main contractor, has received £2.3million since 2017 plus a dividend of at least £2.5million in 2019.

The inquiry heard Rydon switched to a cheaper, more flammable cladding and pocketed some savings while promising on five occasions to appoint fire safety advisers but never doing so.

Rydon said it “reasonably relied” on the cladding and insulation manufacturers to sell safe materials and the project architect to understand what it was using on the job.

Housing Secretary Michael Gove has ordered a “detailed survey” of the profits of companies, which may see more than a dozen firms given “core participant” status in the inquiry.