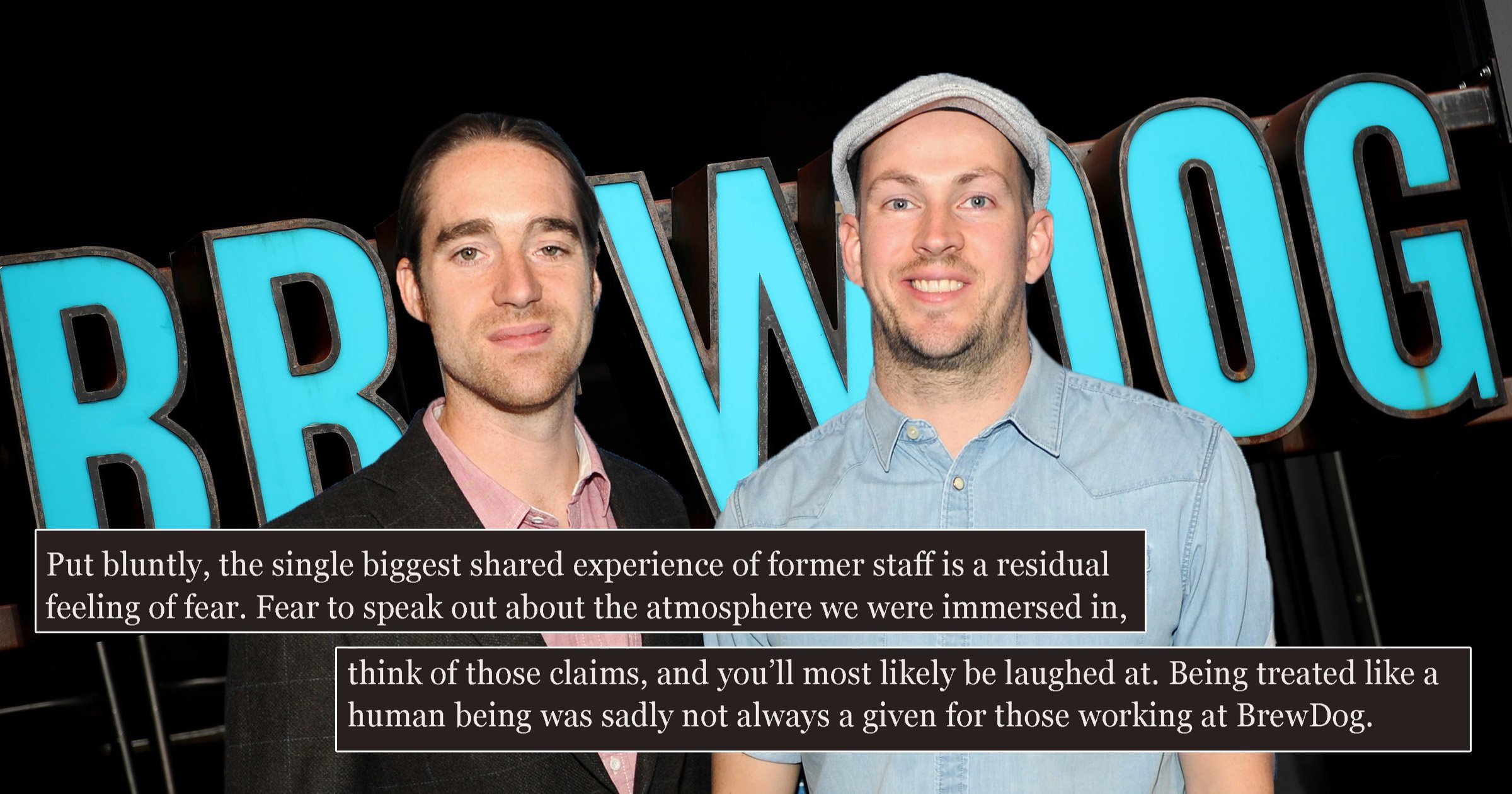 Former employees of craft beer giant BrewDog have accused the company of operating under a ‘culture of fear’ in an open letter to bosses.

Some 61 ex-members of staff signed the document and a further 45 were said to supports its aims but did not want to include their names for fear of reprisals.

The letter alleged the company was ‘built on a cult of personality’ and used ‘lies, hypocrisy and deceit’ as tools including exaggerating claims made as part of its infamous PR campaigns.

They said staff had been left with mental health issues and bosses did little to address the problems within the business.

‘So many of us started our jobs there eagerly, already bought into the BrewDog ethos, only to very quickly discover that “fast-paced” meant “unmanageable”, and “challenging” meant “damaging”,’ the letter – which was posted on Twitter – stated.

It later added: ‘Put bluntly, the single biggest shared experience of former staff is a residual feeling of fear. Fear to speak out about the atmosphere we were immersed in, and fear of repercussions even after we have left.’

BrewDog’s co-founder James Watt has apologised and promised to take action in light of the revelations.

Mr Watt was singled out for criticism by his former employees who accused him of being the driver of the ‘toxic’ attitudes among senior members of staff.

In a section addressing the co-founder of the business directly, the former staff wrote: ‘It is with you that the responsibility for this rotten culture lies. Your attitude and actions are at the heart of the way BrewDog is perceived, from both inside and out.

‘By valuing growth, speed and action above all else, your company has achieved incredible things, but at the expense of those who delivered your dreams.

‘In the wake of your success are people left burnt out, afraid and miserable. The true culture of BrewDog is, and seemingly always has been, fear.’

BrewDog is one of the biggest success stories of the craft beer revolution and turned over £200million last year.

The Aberdeenshire brewer has become adept at grabbing the headlines including launching a Barnard Castle-themed beer in the wake of Dominic Cummings’ trip to the north east beauty spot during lockdown.

But the staff allege that some of the success was built on the ‘immense pressure’ placed on them.

They also claimed that they were encouraged to ‘ignore health and safety guidelines’ and ‘bypass customs’ by sending beer direct to the US.

Mr Watt released a statement saying the open letter was ‘upsetting, but so important.’

He said he wasn’t going to ‘contradict or contest’ the claims but that his focus was to ‘listen, learn and act.’

‘At BrewDog we are focussed on building the best business we can’, the statement said.

‘We have always tried to do the best by our team — we do have many thousands of employees with positive stories to tell as a result. But the tweet we saw last night proves that on many occasions we haven’t got it right.

‘We are committed to doing better, not just as a reaction to this, but always; and we are going to reach out to our entire team past and present to learn more. But most of all, right now, we are sorry.

‘It’s hard to hear those comments, but it must have been harder to say them. We appreciate that and we will endeavour to honour that effort and courage with the real change it deserves.

‘We aren’t going to make excuses, we’re going to take action. From our commitment to sustainability to our passion for beer, BrewDog has always been defined by taking responsibility and continually improving. This is no exception.’