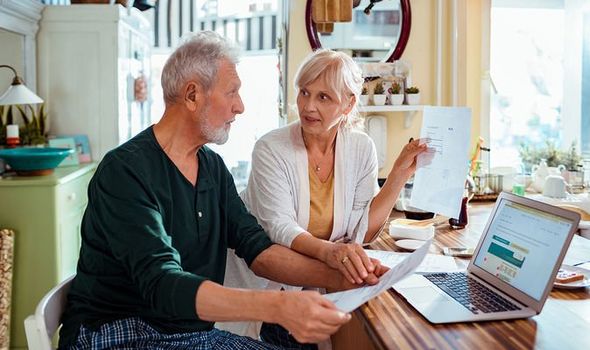 Unemployment, a rising cost of living and financially dependent families mean many older people can no longer afford to give up work. Three million workers aged 50-plus will have to push back their retirement plans by four years to make up for the damage to their finances as a result of Covid, according to the study by financial services provider OneFamily.

Another 12 per cent expect to end up doing so seven years later than originally intended.

More than one in three (36 percent) in the age group lost money in the past 18 months, with savings dropping by a typical £2,000.

Emily Andrews of the Centre for Ageing Better charity said older workers were being forced to “rethink their retirement plans altogether”.

She said: “Many are losing their jobs at a crucial life stage and may struggle to return to work.

“Some are bringing forward retirement because they can’t find work, or delaying it because their ability to save has been compromised.”

Men’s savings and investments have been more severely affected. They have lost £260 more than women. Across both sexes, those in their 60s have seen more of a dip in their finances compared with those in their 50s.

Meanwhile, six percent of over-50s say the value of their pension fell over the same period.

Money was also tighter during the past 18 months as those in their 50s and 60s helped out close family in financial need.

One in seven (17 percent) say they dipped into their savings to help relatives who had been hit by the pandemic.

One in 10 over-50s who have not yet retired say they would think about using equity release to access money from their house if it meant they could retire earlier.

Meanwhile, more than a fifth of this group said that they wished there was more financial guidance available for saving and later life finances.

Matthew Ellis, of OneFamily, said: “It’s the perfect storm; unemployment, family members needing additional financial support and rising costs have led to an inevitable drain on life-savings. The savings pot is empty for many people.

“The repercussions of the pandemic will affect people for years to come and are already affecting retirement plans for three million UK adults.”