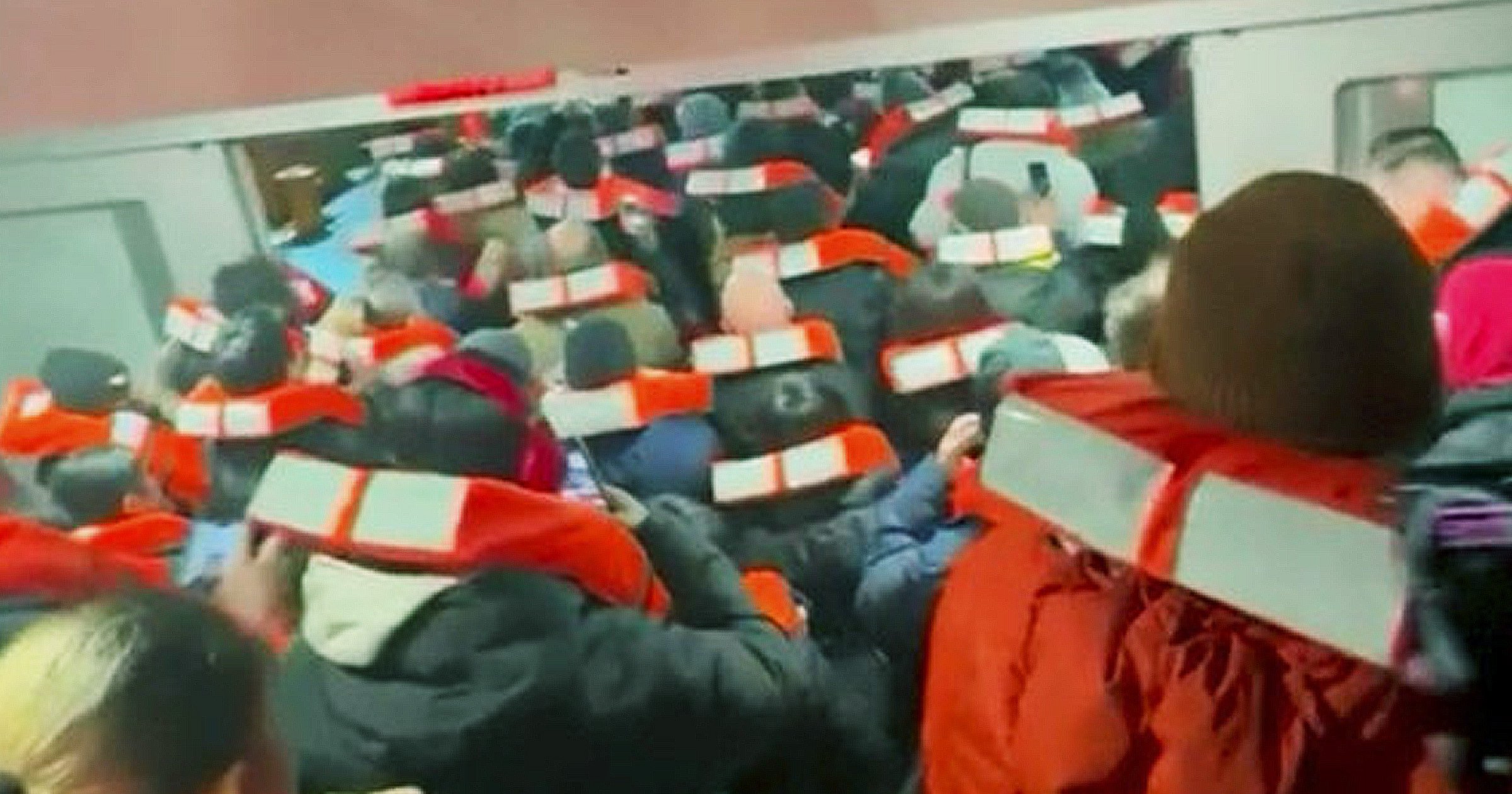 Over 800 passengers were evacuated in the middle of New York Harbor after an engine caught fire on a Staten Island Ferry ship.

Crew members on board the ship, the Sandy Ground, reported an engine room fire as the ship was approaching Staten Island. They immediately dropped anchor, sealed the engine room, and deployed CO2 as a fire suppressant.

‘The crew of the vessel was very quick to act,’ Deputy Assistant Fire Chief Frank Leeb said. ‘They made sure they sealed the engine room, evacuated the area, and followed protocol.’

A total 868 passengers were on board the ship on Thursday, with an additional 16 crew members. The US Coast Guard responded to the incident to evacuate the passengers, alongside the FDNY and NYPD.

It took less than an hour for the first responders to transport the stranded commuters to St George Terminal on Staten Island. The passengers were transported on other ferry ships

”That was a safer alternative then putting them onto fire or police boats at that point,’ Leeb said.

Five people were reported injured, with three of which were hospitalized. All of the injuries were considered minor, according to the FDNY.

Meanwhile, the Sandy Ground has been anchored in the harbor off the coast of Bayonne, New Jersey. The FDNY said it will wait a full 24 hours before it confirms the fire has been extinguished.

‘It is dangerous to go into those areas, so that’s why we use these policies,’ Leeb said.

The FDNY has deployed several marine and land units to monitor the ship before the 24-hour period ends. They currently believe the fire has been extinguished, but the engine room is still warm.

John Garvey, the Deputy Commissioner and COO of the Staten Island Ferry, thanked the Sandy Ground’s captain, Joe Ajar, and its chief engineer, Frank Girardi, for their quick actions and decision making.

‘They did outstanding work in extinguishing the fire, keeping the passengers away and safe, and anchoring the boat up,’ he said.

Garvey continued: ‘Our crews drill on a regular basis for this. They’re conducting weekly fire drills and going through all the motions on the eventuality that we could have such an incident as this.’

The Ferry serves as one of the primary direct transit routes between Manhattan and Staten Island, the city’s southernmost borough. The boats make an average of 117 trips per day, carrying about 75,000 commuters on a typical workday.